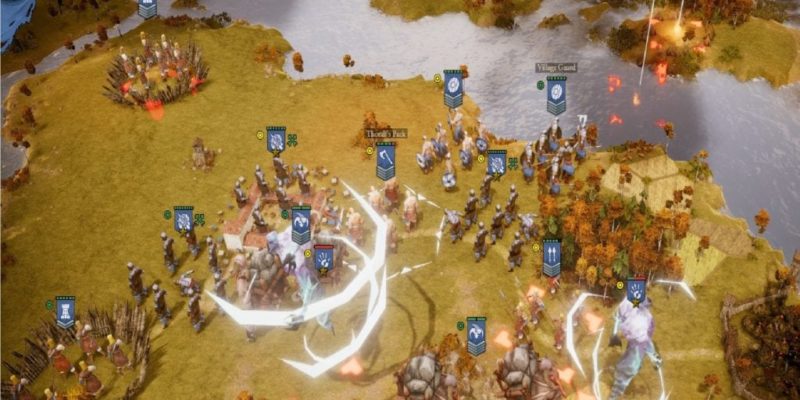 Fantasy General 2 combines old-school strategy wargaming, turn-based tactical battles, fantasy elements, and RPG tropes. As you progress through its single-player campaign, you’ll realize that each unit will have its own strengths and capabilities. But, early on, you’ll notice how you’re lacking in certain resources. You’ll want to ensure that you’re getting the most bang for your buck. That’s our focus in this guide — the best units you can pick during Fantasy General 2‘s campaign.

This is one of the more obvious strategies in Fantasy General 2. Although the game lets you field a variety of unit types for the Barbarian faction, very few will be more useful than your ranged units.

In-game, the base units are called Younglings (male infantry unit). They’re quite useless until you turn them into Skirmishers. As mentioned in our campaign basics guide, they have a passive called “Defensive Fire” which allows them to shoot at anyone that attacks a friendly unit that’s adjacent to them. If you have a hero such as Falirson or Tir Angry-Earth surrounded by Skirmishers, that means anyone that attacks them gets peppered by arrows three times (plus the hero’s counterattack).

The next tier of units in the Skirmisher upgrade path is Wolf Killers, but they barely make a difference. Once you do reach the highest tier, you’d get Armored Slingers. Both regular Slingers and Wolf Slingers can only do one defensive fire per turn. Armored Slingers, meanwhile, can do that an infinite number of times per turn. Imagine your hero being attacked several times and the adjacent Armored Slingers counterattacking multiple times as well.

Note: Apart from gold, you’ll need 4x weapon materials and 3x armor materials to go from a Youngling to an Armored Skirmisher. 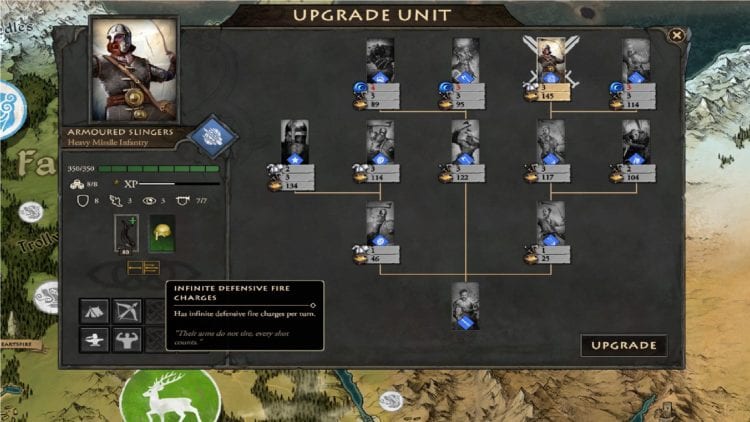 Troll in the dungeon!

During Fantasy General 2‘s campaign, you’re facing off against other tribes, wild beasts, and the Empire. The Empire faction has a number of monstrous-type units and siege weapons. As for your Barbarian faction, you’ve got your Troll Pups as an early-game unit. They can be upgraded into monstrous shock infantry or makeshift siege units. I barely found any benefits when using monstrous shock infantry, so it’s better to turn them into siege units.

Troll Pups can be turned into Troll Hurlers and, eventually, into Siege Trolls. Both Troll Hurlers and Siege Trolls can throw boulders at enemy units from up to four hexes away. They can do even more tremendous damage if they don’t move prior to attacking due to the heavy/siege weapon classification. It’s possible to take an entire squad of enemy units from full health to less than half (or outright kill them) from a single lobbed boulder.

There are also additional hero skills such as “Battle-Cry” which increase the damage of surrounding units, including your trolls. For more tips regarding hero skills, you can view our heroes guide right over here.

Note: Apart from gold, you’ll need 5x weapon materials and 4x liquid mana to go from a Troll Pup to a Siege Troll. 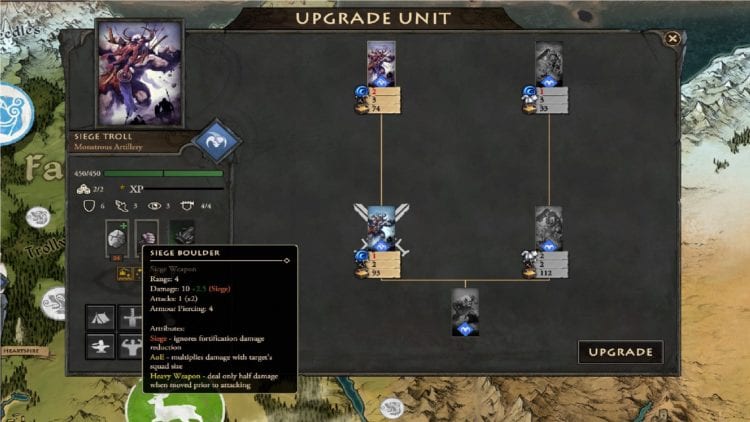 Send in the (ranged) cavalry

There are a number of cavalry units in Fantasy General 2. These come from the Maiden (female infantry unit). Although Maidens can eventually branch out into other units such as Shield Maidens, Winged Maidens (valkyries), or Javelin Throwers (missile/skirmisher units), they can also become cavalry troops.

Stag Chargers are your shock cavalry, but I found them cumbersome to use. They can deal huge damage to enemy troops, but attacking will place them on the hex that they ended up on.

In contrast, the missile cavalry units — Stag Riders -> Stag Lancers -> Wind Riders — might offer more bang for your buck (pun intended). This is because they’re skirmishers that deal magic-type damage. If an enemy is within range, they can attack that unit and then they’d go back to their previous hex. They’ll be free from the enemy’s melee attacks since they’ll remain at the back of your lines. Since they also use ranged attacks, they can pick off flying units with ease.

Note: Apart from gold, you’ll need 6x weapon materials and 3x liquid mana to go from a Maiden to a Wind Rider. 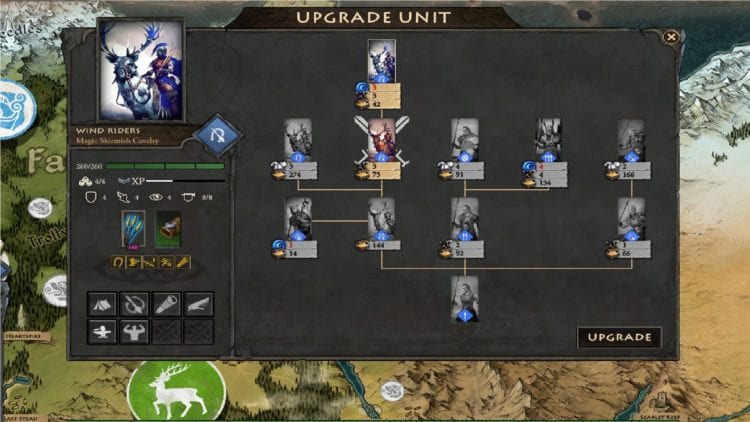 Yes, there are a number of units in Fantasy General 2 that haven’t been mentioned. These include: 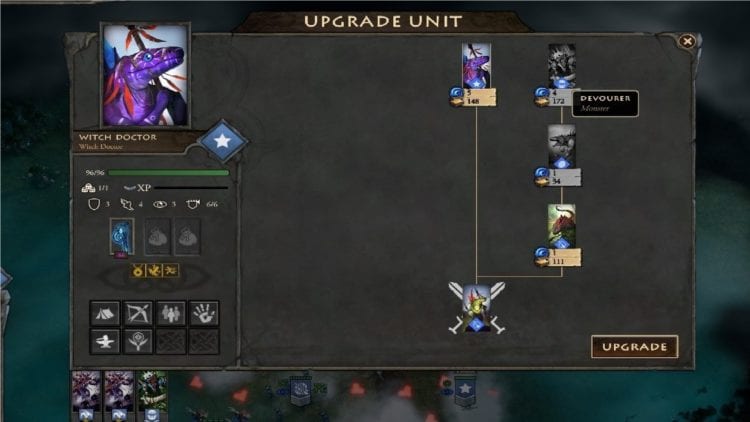 In any case, the three aforementioned unit types: Armored Skirmishers (ranged infantry), Wind Riders (ranged cavalry), and Siege Trolls (monstrous siege units) are what you should be aiming for. The other units are merely supplementary, although I mostly went with Shield Maidens, Heavy Axemen, and maybe a couple of Berserkers.

There are times when you might lack upgrade materials. But, don’t forget that you can also reload your saves during battles. If you get a reward you don’t like from razing a settlement or exploring a ruin, just “save scum” until you get the desired results. Just remember that the liquid mana material can be quite rare so you’re going to have to hold off on some of the higher-tier unit versions.