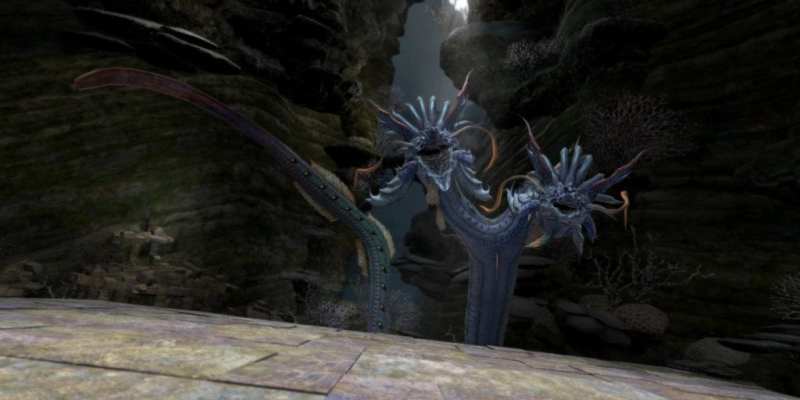 Inundation is still not too tricky, but it has a few cards up its sleeves both aesthetically and mechanically. For one thing, plot-wise, this Final Fantasy XIV: Shadowbringers raid is a return to a much earlier boss… with some twists. And that’s very cool. Also, yes, you can fall off the edge.

There are three primary bits to remember in this not-quite-a-repeat fight against Leviathan. The first and most important is Undersea Quake, which has the giant sea snake destroy part of the arena. You get some warning – text talking about how it’s building up aether, or something of that ilk – and then a few seconds later half of the arena is temporarily gone. 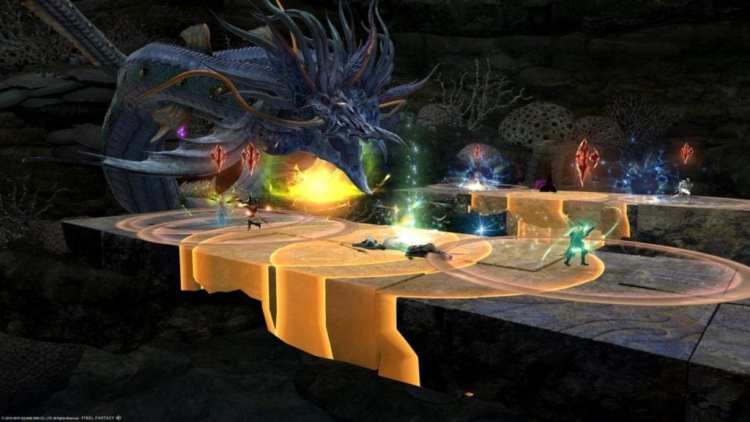 When I said half of the arena disappeared, I wasn’t kidding.

By the time you see the visual AoE indicators it’s too late, so don’t rely on them. Instead, get moving as soon as you see the text (or cast), or be ready in advance. Leviathan will always destroy the left and right sides of the arena with the first cast, then the middle with the second cast, and repeat. So when you see that cue for the first time, get away from the sides. The second time, get to the sides.

Tidal Wave also deserves mention, because this has no real cue barring the cast bar. This will spawn a geyser off to one side of the arena (which you probably won’t see if you’re looking at Leviathan). Find it, and run as close to it as you can. After a short delay, it’ll push the entire party away… which will send you flying off the arena if you’re not close enough.

Maelstrom is the other bit that you need to know about. During this phase, Leviathan is untargetable and out of the arena, and three little blue whirlpools will appear on the ground. These will then expand into much bigger whirlpools, so don’t be near them. More importantly, a huge geyser will appear somewhere off the side of the arena. Unlike Tidal Wave, you don’t want to be near this: Leviathan will rush out of it and go in a straight line across the arena. When you spot it, make sure you’re not on the half of the arena it’s going to cover, and find a safe spot away from the mini-whirlpools on the floor.

Tanks: Leviathan has line-based attacks, so you don’t want to be standing directly in front of the party. That aside, you should be good to go. 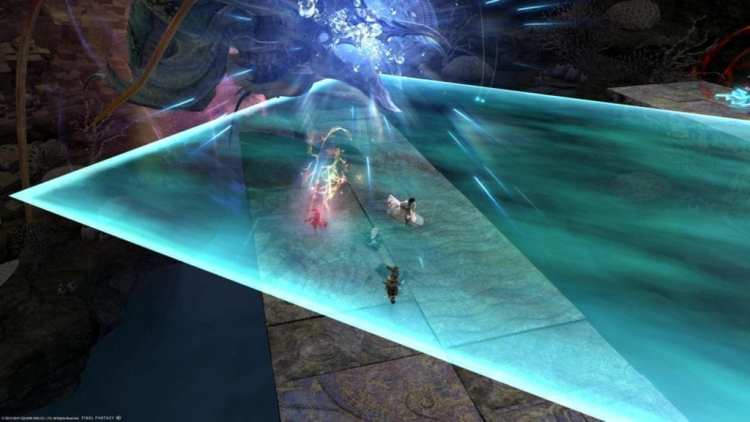 Temporary Current has a very long cast time, so it’s not hard to dodge. However, the safe spots are generally only at the very corners of the arena.

Rip Current – Tankbuster that hits in a line. Tanks, do not stand next to your party, or with the party behind you.

Temporary Current – Leviathan will cast an AoE that will go diagonally across the arena, with safe spots in the corners. Later on, it’ll do this twice in a row, with the second one going in the other direction. Just move to the safe spots: you’ve got plenty of time.

Tidal Wave – A geyser will spawn on one side of the arena. Get as close to it as you can: it’ll push the entire party away from it, and you don’t want to fall off the edge.

Undersea Quake – You’ll get a warning about Leviathan building up aether, and then part of the arena will be destroyed. Every time I’ve seen this, Leviathan will destroy the left and right of the arena on the first cast, and the middle of the arena on the second cast before repeating. Make sure you’re moving either to the center of the arena or far off to the side as soon as you see the cast coming – by the time the visual indicator pops up, it’s too late to avoid this.

Tsunami – This mostly triggers a series of attacks with fairly simple mechanics. Sometimes you’ll need to stack up. Sometimes a party member will be marked with yellow “push-back” arrows, so get as close to them as you can so you don’t sail off the arena. The most complicated one marks three or four players with AoEs (so move away from the party) while another has a donut-shaped AoE on them, where the safe spots are either next to the player or far away from them. Generally, the players with regular AoE markers should move to the corners, while everyone else can either stack up inside the donut AoE or stay outside it. If you have that on you, though, don’t run around and make it difficult for people to find a safe spot. 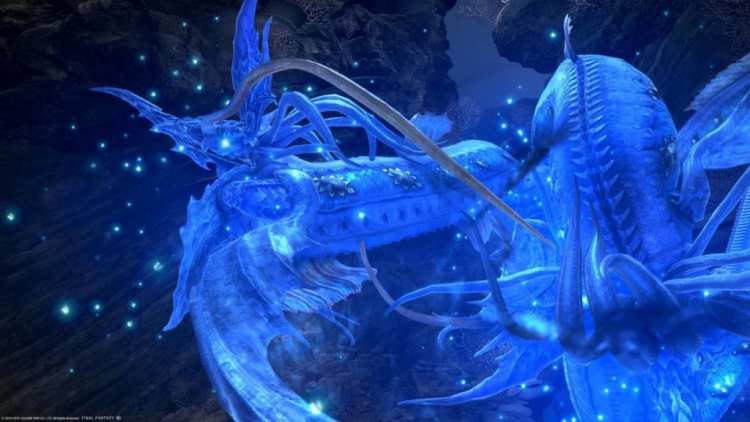 The big one to remember is Undersea Quake. Most everything else can be mitigated to some extent, but losing half of the party to the floor disappearing can easily be a wipe. Remember: the middle is safe in the first cast, and the left and right sides are safe on the second. Repeat.

Undersea Quake aside, this actually isn’t too difficult – and that’s only difficult if you don’t know what to expect. Keep an eye out for Tidal Wave if you can (or, if you spot your entire party beelining to one side, follow them). Tsunami is the only other really tricky part simply because of the AoEs, but even they’re nothing compared to the AoE spam from Eden Prime in Eden’s Gate: Resurrection.

Healers may have a bit of a job keeping people up, as there’s a lot of unavoidable party-wide damage (and scrambling to recover if half of the party falls off the edge is never fun). However, Inundation/Leviathan has very few immediately fatal mistakes and no uniquely tricky mechanics for tanks or healers themselves.