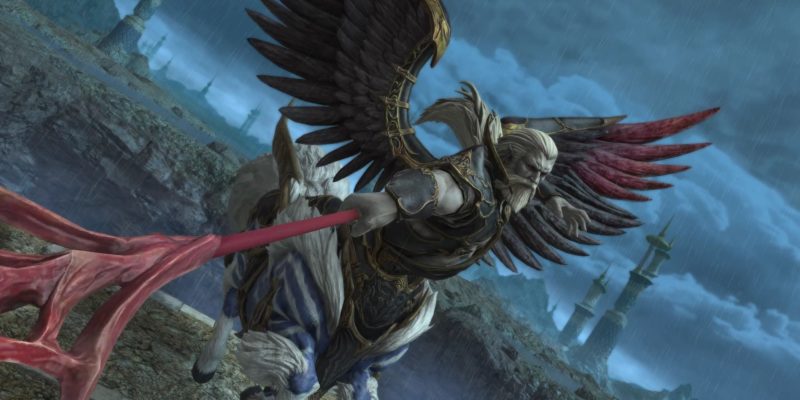 Ramuh is back in Eden’s Verse: Fulmination, and although he’s trimmed his beard, he’s grown an extra pair of legs for Final Fantasy XIV: Shadowbrings. He’s also got a new selection of attacks, and he’s all set to literally electrify you with his performance.

The first minute or two of the fight gives you a chance to learn, but after that, Ramuh loses all patience and most avoidable attacks will outright inflict 999,999 damage if they hit you. Here’s how to not get hit for that amount of damage. 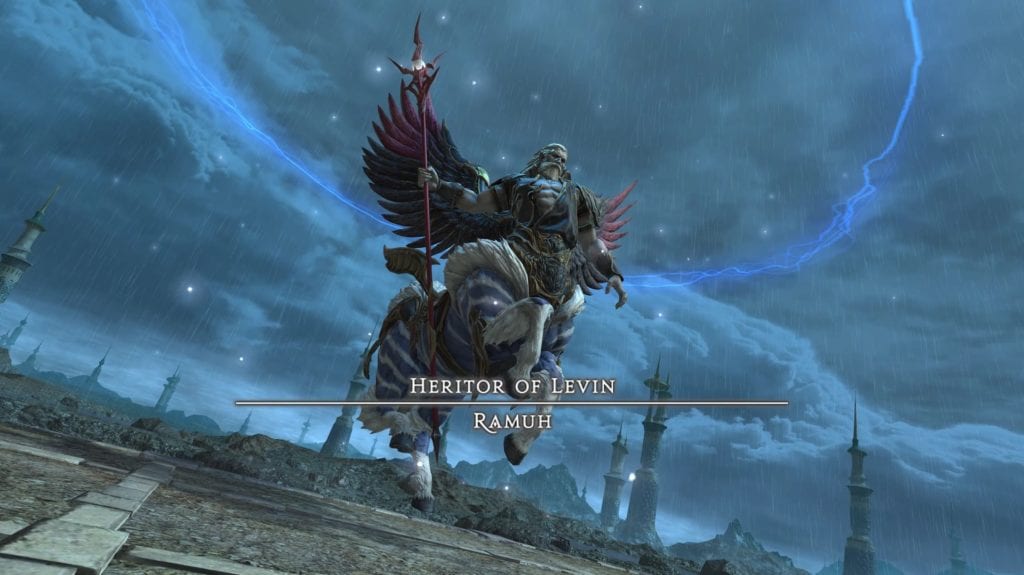 This is a busy Final Fantasy XIV fight with a lot of movement and more than a little confusing at first, but it’s genuinely not that difficult. Most of the trickiness stems from the fact that this is a new raid and most people are going to be at low gear levels, so mistakes are punished more heavily.

Always head to the shortest spear and stay away from all the others to avoid AoEs. Always have a buff from a blue orb, and pick up another when it expires or when an attack removes it. Always place the stormclouds in the corners.

Orbs aside, the main mechanic is the Tribunal Summons. This is mostly just positioning: If it’s the center column one, stay close to it without being in it. If it’s the multiple Ixions charging across the battlefield, stand in a row that they’re not going to hit. Later on things get messy with pretty much all of these mechanics going off successively, but there’s not much here you haven’t seen before.

Crippling Blow – Tankbuster.
Stratospear Summons – Ramuh summons a number of spears that land around the arena.
Judgment Jolt – Follow-on attack from Stratospear Summons. All but the shortest summoned spear will perform a wide AoE; run to the shortest and get as far away from the others as you can. This will leave behind blue orbs: Pick one up to get a one-off lightning resistance buff, and always pick up another when that buff expires or is used up. 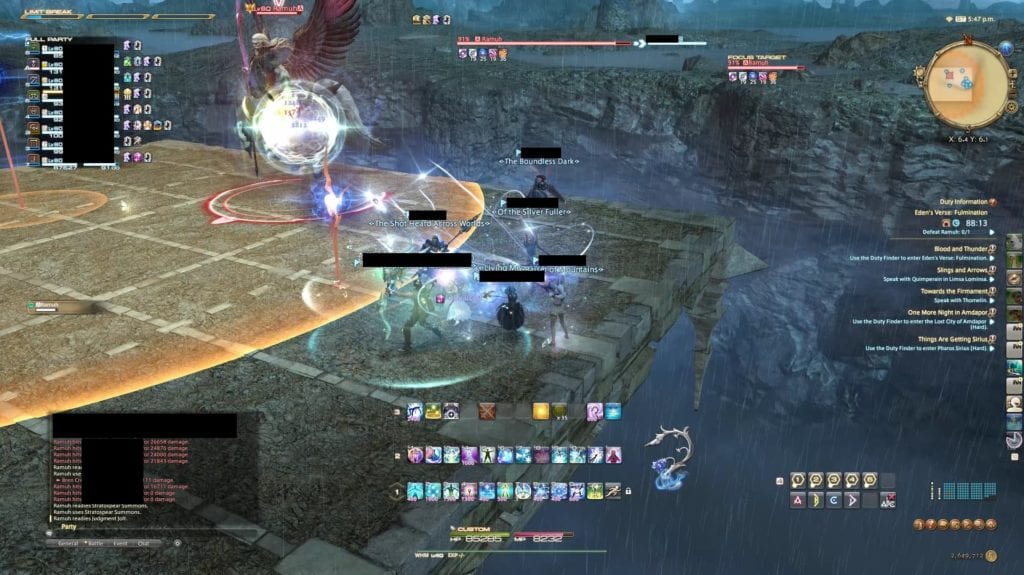 You can just about see two red lightning rods here, though one is going off the left of the screen. Still, it’s an indication of just how wide the AoEs are. Stay far away from all but the shortest.

Stormcloud Summons – Two party members are marked as targets. When the target expires, a stormcloud will be left where they were standing and will routinely perform powerful AoEs. Drop these in the corners so they don’t get in the way of other mechanics.
Judgment Volts – Arena-wide AoE that does heavy damage. This will heavily damage anyone who doesn’t have the blue orb buff and will remove that buff.
Thunderstorm – Lightning AoEs target random areas. Get running.
Fury’s Bolt – Ramuh powers himself up. This signifies an incoming Divine Judgment Volts, and early on it indicates that he’s about to mix things up.
Divine Judgment Volts – Arena-wide AoE that does ludicrous damage and will pretty much kill anyone who doesn’t have the blue orb buff.
Tribunal Summons – Ramuh summons one or more untargetable adds. There are multiple variants of this. 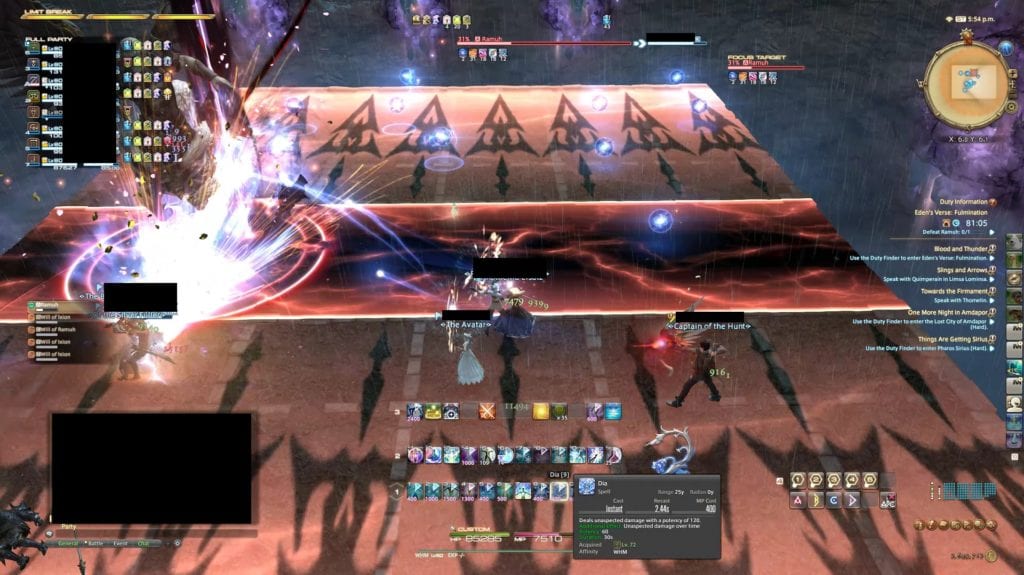 You don’t need to be quite this close to avoid the center knockback, but safety first. You can also see the purple horses off the edge of the arena — they’re going to dash directly forward, so that poor bard to my right is about to get smacked off the arena.

The initial cast will summon a single clone (Will of Ramuh) that targets the center column of the arena with Deadly Discharge. The attack causes knockback: Stand as close to the center column as you can without actually being in it to avoid getting knocked off the arena.

The next cast will summon three Will of Ixion enemies that target specific rows of the arena with Gallop. Don’t stand in those rows to avoid taking heavy damage and/or getting knocked off the arena. Subsequent casts may be either of those — or both at the same time. 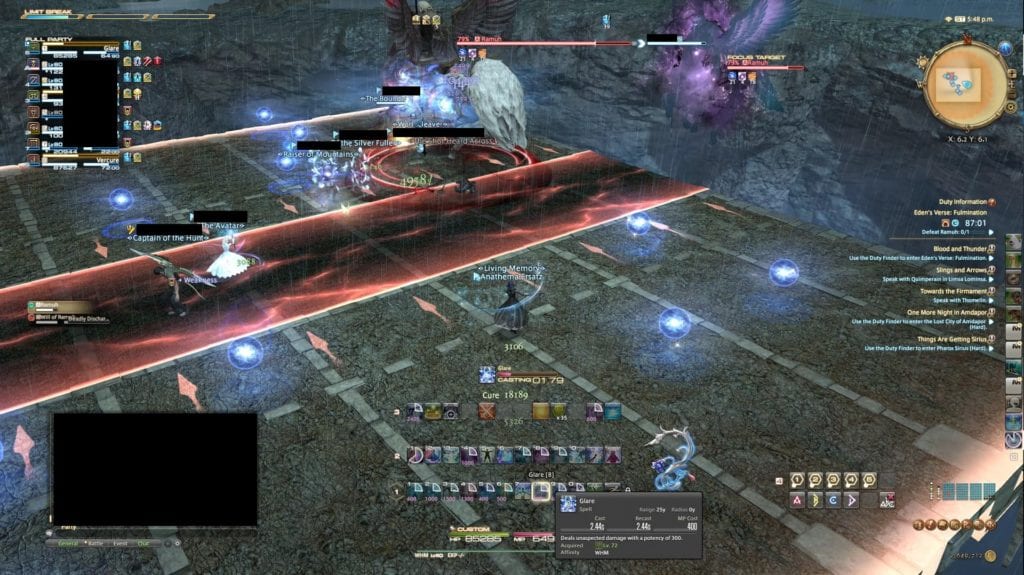 See those blue orbs? Make sure you’ve picked one up and have that little blue buff in the top-right.

The next most important thing is probably to put the thunderstorms in the corners, if only because their AoEs are really wide. They’ll screw up attempts at dodging other attacks, and 90% of this fight is running around to avoid stuff. Cutting down on the available space you have is a very bad thing, and they not only hit hard but remove your Surge Protection.

Other than that, the best advice I can give is a simple “don’t panic.” As noted, this is a really busy fight with a lot going on, but orbs aside, there’s nothing much you haven’t seen before. Dodge the AoEs and stay close to the knockback, and you’re basically done with Eden’s Verse: Fulmination in Final Fantasy XIV. Ramuh is no more.