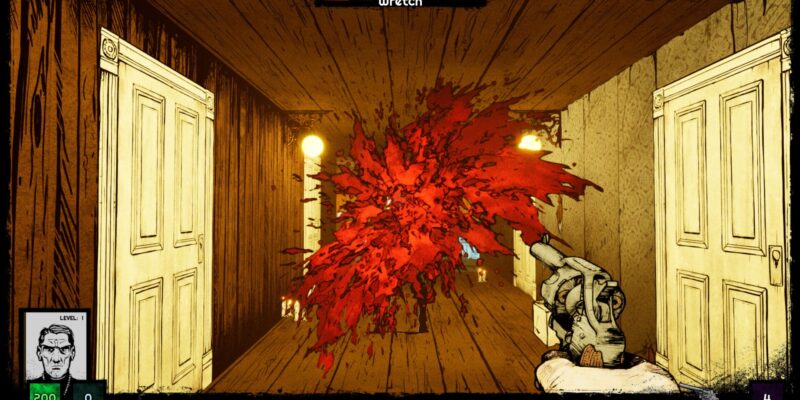 It does my heart good every time I see another throwback first-person shooter. Combine that with Lovecraft-type mythos and a gruesome graphic novel visual style, and Forgive Me Father makes me think we have a winner on our hands. The game enters Early Access today, bringing with it roughly half of its content. It’s launching with 12 of a promised 25 levels, although it’s set to get more weapons, skills, bosses, and a second playable character along the way. What we’re left with is a chunk of visceral madness. But the question stands: is Forgive Me Father worth it in Early Access?

Forgive Me Father has you controlling a priest fighting against the forces of evil. I’m not entirely sure what the plot here is, as the narrative isn’t at the forefront. You click start and you drop into the first level. You can find bits of lore scattered all around with big letters denoting that they’re story-related, but the game is all about the gameplay first and foremost. Structurally, this is set up like a classic shooter. Levels task you with finding keys to open doors to reach the exit. Along the way, you need to do your best to keep yourself alive.

Doing so is much more demanding than you might be imagining, though. I play every one of these games that I can get my hands on, but Forgive Me Father is one of the toughest of its ilk that I’ve seen in years. There’s no quicksaving, just a save point in the middle of each level. You start out with just a knife and a pistol, but you’ll pick up more weapons, such as the shotgun, a bit into level one and the machine gun in level 3. You won’t be absolutely swimming in ammo, though, so it’s important to make every shot count and switch weapons when you start getting low. Also, there’s no reloading. 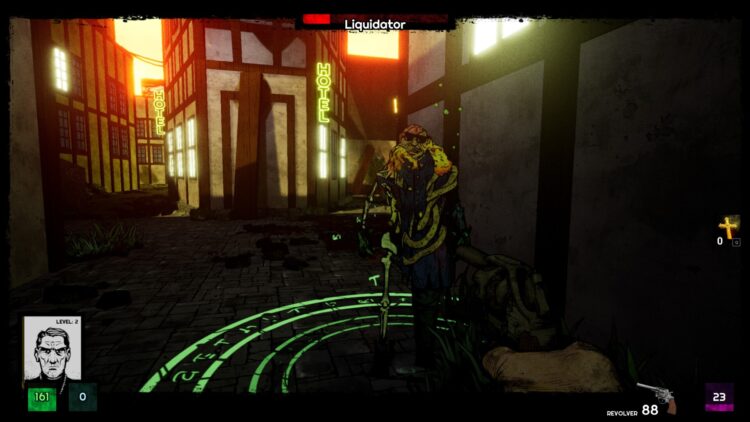 I kick ass for the lord

The shooting is solid and it takes a lot of accuracy to properly handle Forgive Me Father‘s foes. At first, you’re mostly fighting zombies that have nothing but a melee attack. Headshots do more damage, and destroying the head will kill a zombie outright. Unless it’s holding a second head, at which point it plops that down on its neck and keeps coming at you. Killing enemies results in tons of blood and gore as they explode into a rain of viscera. Zombies can easily pin you against a wall and make it impossible to move if you get cornered by several, though.

After you get used to the zombies, Forgive Me Father starts throwing projectile-based enemies at you. These are insanely accurate, so it’s imperative to circle strafe. On normal, I found the game to be merciless. On easy it’s still harder than most similar games on normal. As you kill enemies, you gain experience. Once you level up you get a skill point that can be used on any number of skills. You won’t level up an awful lot, though. Skills can fully change a weapon into a similar one with different attributes or alter some other ability, such as increasing how much ammo you can carry.

The visuals in Forgive Me Father are wonderful. Enemies are all 2D and are detailed and eerie. But there are issues here and there. The game likes to hide enemies behind objects, making it easy to lose health if you haven’t memorized foe locations. Plenty of foes also wait in shadowy areas, making it extremely hard to see them. There’s a madness mechanic that increases your damage and defense as you rack up kills, but this game is incessantly difficult and getting through certain sections can take some annoying memorization. It still plays like the kind of game that uses quicksaves. Overall, I say Forgive Me Father is worth it in Early Access, as it’s a killer throwback FPS. As long as you don’t mind your games extra hard, you’ll probably have a hell of a time. 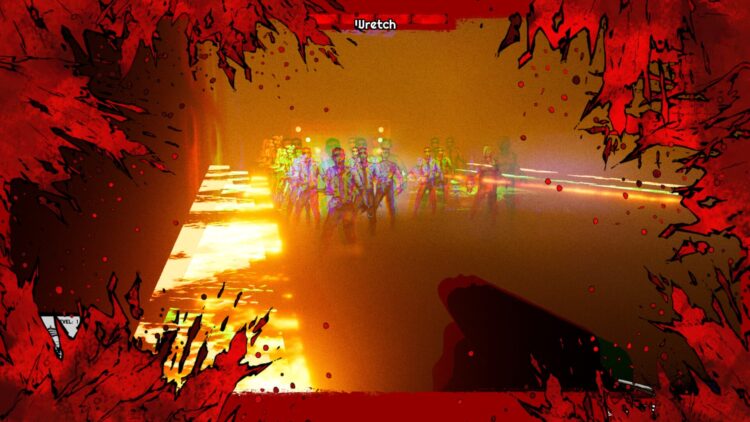 Inscryption boss guide: How to beat Magnificus and complete Act 2