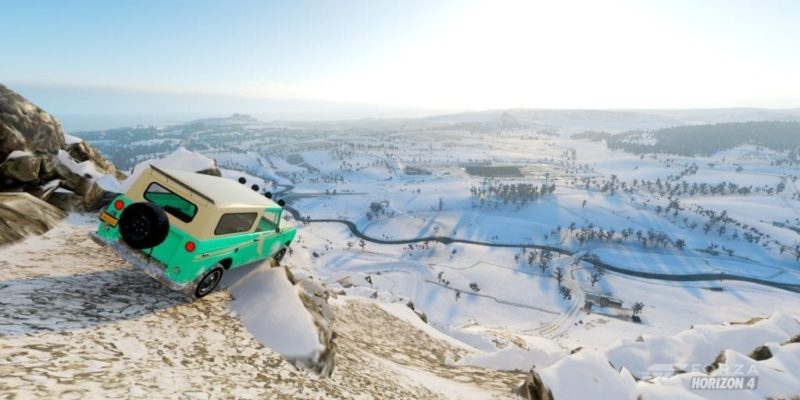 I’m sure we’ve all been there. An exciting new game we’ve been eyeballing since its announcement has finally launched. Every bone in your body is aching to play it. You’re on fire, totally ready to start your next virtual adventure, except for one little thing… Your wallet simply isn’t having it. Bills, food, other life necessities; they all get in the way of you dropping the dough that’s necessary to gain access to this digital treasure. So, you begin the seemingly endless process of saving up little by little until you can afford the new game.

Originally, I thought this was a plight of only kids having to do odd jobs to save up. But even now as an adult, I find myself in this very same position. I’m currently traveling around, so I need to allocate my money to take care of things that I actually need to survive. But, honestly, sometimes the thought of: “Well having a jam sandwich for dinner probably isn’t that bad…” has crossed my mind a lot when it comes to having the desire to spend money on non-essential items like games. Earlier this year, Microsoft launched a service that helps to alleviate this very same issue: Xbox Game Pass.

Xbox Game Pass is a subscription service similar to the likes of Netflix and Spotify, except it has nothing to do with streaming. It simply allows consumers to pay one flat fee of $10 a month, which gives them access to over 100 Xbox games. Since I do not own an Xbox One, I really didn’t pay much attention to the service, although I did recognize that it was a nice deal. But, now after having experienced its benefit for myself, I truly realize just how good it is.

Let me let you in on a little secret about most game reviewers: most of the time, publishers send us codes for free. Okay, this isn’t really a secret, but it is a perk of the job that I’ve grown quite thankful for. Usually, we put out requests for games and that’s enough. Sometimes publishers even reach out to us with codes just because they want to get as much exposure as possible. As it relates to Forza Horizon 4, a code was expected since our company has been in contact with Microsoft before. And, last year, I got the chance to review Forza Motorsport 7. Thus, I figured it was all taken care of. But, alas, my plans took a bit of a detour.

It turns out that only one code was sent to the company, going to our sister site: Xbox Enthusiast. Our PC team here reached out to Microsoft, but was denied due to there being a “high demand for review codes and a limited supply”. Now, this isn’t the first time I’ve run into a situation like this. But while I admittedly don’t know the complete inner workings of all that goes into code generation, it’s always baffled me how there apparently is only finite quantities of completely digital content. I mean, it’s not like physical copies, which the company eventually stops pressing. And, again, some publishers just throw codes out like they’re nothing. So it just seemed to me like Microsoft was simply playing hard-to-get. But, that’s neither here nor there.

The point is, my original plans were sunk . Thus, I decided to forgo the review and simply do what I did with Horizon 3—pick it up a few months later when the price is reduced. Seeing that I recently published my review of Forza Horizon 4, clearly this ‘Plan B’ didn’t materialize. That’s where Game Pass comes in.

When Forza Horizon 4 was formally unveiled back at E3 earlier this year, one of the highlights of its announcement was that it would be available through Game Pass on day one. Like I said earlier, I’ve never paid attention to Game Pass, so I had forgotten that this detail was a part of Horizon 4’s reveal. I believe I must have seen a small blurb while scrolling through the net about two days after launch that reminded me: “Hey, I can just play it through Game Pass!” Better yet, Microsoft offers a 14-day free trial to all newcomers. So that’s how I was able to experience and review Forza Horizon 4. And, now that the “work” part of it is mostly over, I can simply enjoy the game for fun. 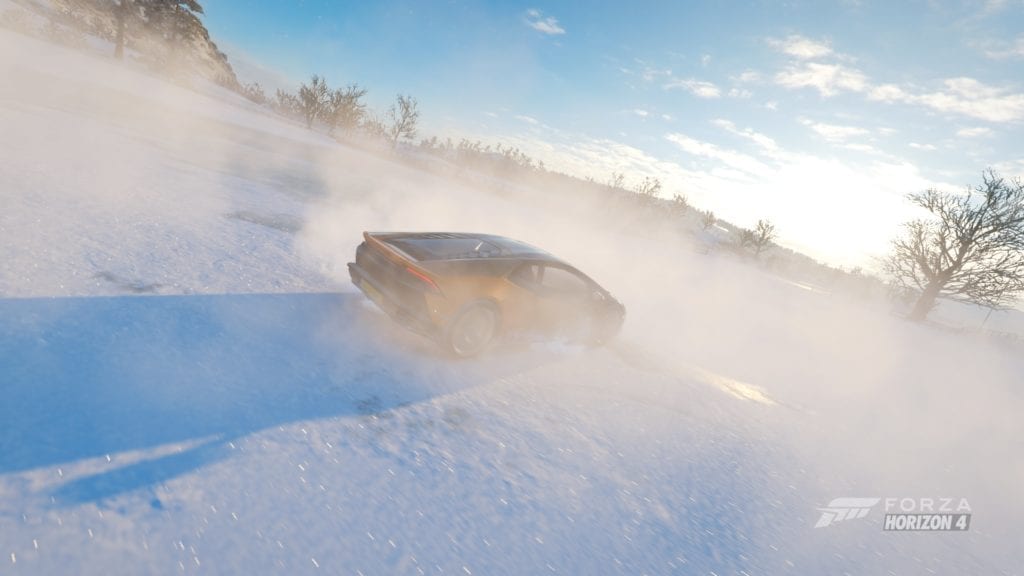 They say patience is a virtue and that instant gratification is bad. But, it’s hard to pass this up.

Had it not been for Game Pass, I would’ve probably had to wait until next year before jumping into Horizon 4. Admittedly, it wouldn’t have killed me to hold off until I had enough funds to buy the game outright. But that doesn’t diminish the benefits of a service like Game Pass. Just like I’ve come to appreciate with my music subscription to Deezer, the service ends up paying for itself. I pay about $7 a month to access my growing playlist, which is now nearly hitting 1000 songs. If I purchased every one of those songs at the usual price of $1 a piece, that’d be nearly $1000. Meanwhile, it would take me 143 months to pay that amount for my Deezer subscription.

It’s the same philosophy with Game Pass; it would have taken me six months to save up for Horizon 4 without this. Now, after the seventh month, the benefit technically would have diminished. But there are more Xbox Play Anywhere games that are in the Game Pass lineup than just Horizon 4. I’m currently playing Zoo Tycoon as well, which would have been an additional $20 on its own, or in other words, 8 whole months of Game Pass.

True, Xbox Game Pass is not perfect. The line-up does shift regularly, although Xbox Play Anywhere titles seem untouched for the time being. But, considering that Microsoft is already boasting about how Forza Horizon 4 garnered over two million players within its first week, I don’t think it will be leaving the Xbox Game Pass selection anytime soon. While the service was not specifically mentioned as the reason for Forza’s huge opening numbers, I think it’s a pretty safe bet to assume that it played a big part in making that happen.

Honestly, having now experienced a service like Xbox Game Pass for myself, I’d love to see more companies do something similar. Imagine Valve an equivalent for Steam? Sony already followed through with implementing game downloads through PlayStation Now a few weeks ago. Clearly, Microsoft’s influence is spreading.

Destiny 2: Forsaken Guide – Shattered Throne And Wish Ender Are Back

By Kevin Carignan6 days ago
Opinion

By Ben Kerry6 days ago
News