That’s a fair old chunk of change, but the budget for the title will actually be closer to $5.2 million USD. Since the launch of the Kickstarter, Mark Jacobs (co-founder of City State, the team behind Camelot Unchained) has said that he will put in $2.0 million USD of his own money if the project is backed by the public. Here’s that segment from the FAQ:

Mark is putting in $2M of his own money plus an additional $1M from investors the moment this Kickstarter funds. … but the $3M will only be invested if we raise the $2M from Kickstarter backers.

A press release from City State has today confirmed that the additional $3.0 million USD will indeed be triggered by the success of the Kickstarter campaign. The identities of the mysterious “investors” putting in that extra $1.0 million USD are still unknown.

“We believed there’s an audience for a highly focused game like ours, which has now been proven. What we didn’t expect was how our community would come together so quickly and avidly,” says Jacobs, as he begins work on fashioning a virtual Round Table.

Call of Duty: Ghosts pulls the sheet off its head, will haunt us in November

Odor of the day: Stinkyboard foot peripheral funded on Kickstarter 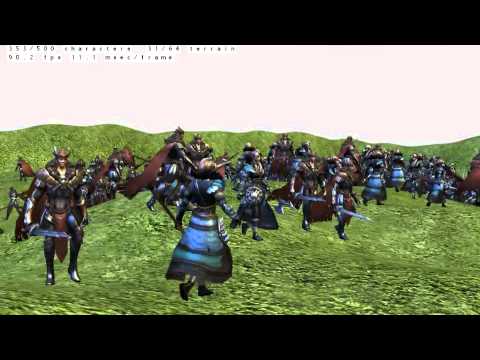