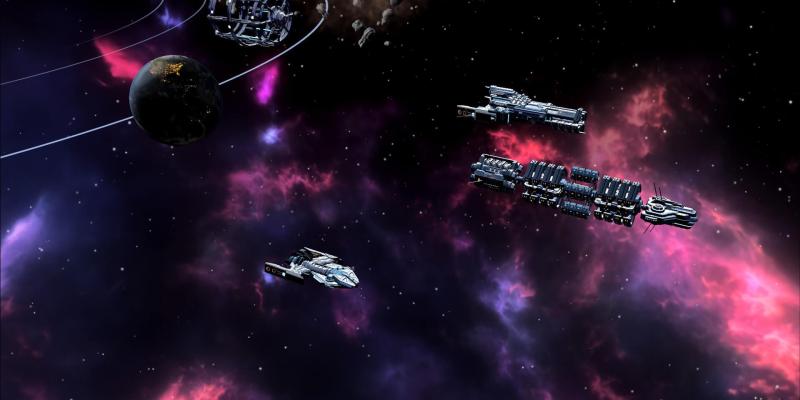 I’m a huge fan of strategy games, especially the turn-based, 4X, and grand strategy sub-genres. It’s no surprise that I had my eye on Galactic Civilizations IV, the next installment of the space exploration series from Stardock Entertainment.

Although Galactic Civilizations IV has been in its Early Access stage for a while, its launch today does present some concerns. Chief among these are issues with the UI, presentation, and systems, which I’ll detail in our official review.

Galactic Civilizations IV has 18 playable races. These include old favorites such as the Terran Alliance, Drengin Empire, Yor Singularity, and more. They have their own traits and personalities, as well as animated leaders and backgrounds.

Still, it’s possible to create your own custom faction as some portraits and images do exist. For instance, you could recreate the Snathi Revenge if you wish. The biggest change in Galactic Civilizations IV is the use of sectors. Think of these as clusters of stars, with each cluster having multiple planets. Within a sector, ships can freely move to hexes to capture planets, bombard hostile fleets, or head to new solar systems.

However, you’re only able to travel to another sector after researching Subspace Streams. As such, protecting the locations of Subspace Streams becomes important, as they allow you to defend yourself from invasions or secure parts of the map future colonization. 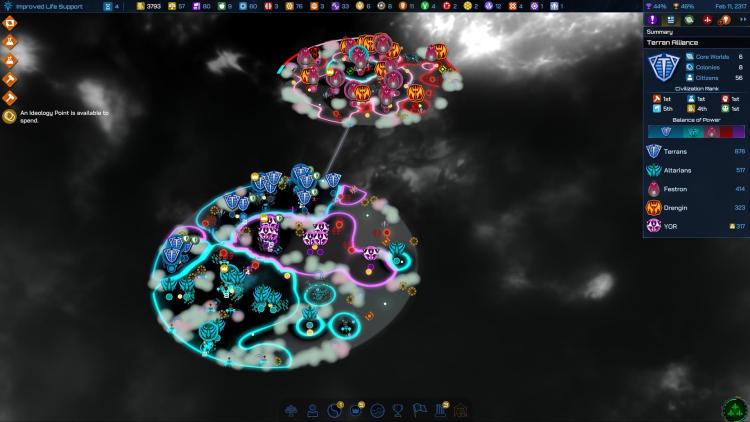 Another change comes in the form of core worlds. Your home planet is automatically considered a core world, as are all other colonies that have a governor assigned to them. These are the only planets that you can manage manually (i.e., constructing tile improvements or switching the specialization of citizens).

Regular colonies, meanwhile, have their resources funneled into the nearest core world. Although you’re unable to create AI-controlled governors, it does help prevent confusing micromanagement unless you’re playing massive games. Since Galactic Civilizations IV is all about your expansion into unknown space, your fleet becomes an integral part of your endeavor. There are numerous options here, such as colony ships, survey ships, asteroid miners, probes, freighters, starbases, and more. For offensive capabilities, you start out with fighters, though you can also assign leader NPCs to commandeer vessels.

If a ship or a fleet engages a foe, combat occurs during that turn. An exception to this rule would be planetary invasions, as the siege can take a while. Once combat is over, you can see a summary of the results as well as a short cutscene depicting the battle that just occurred. 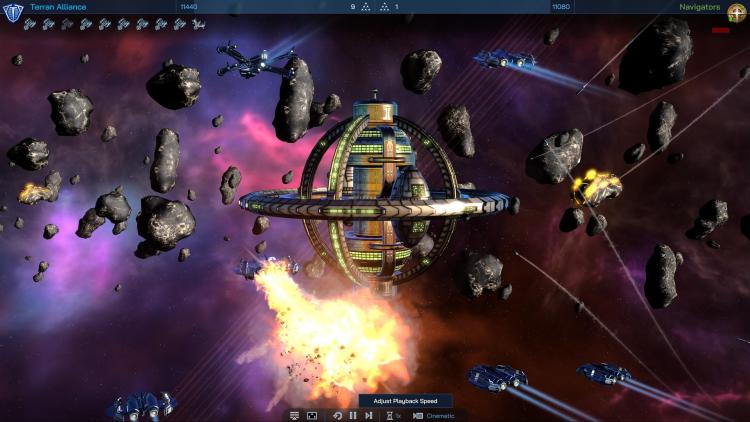 Sadly, apart from the important changes mentioned above, Galactic Civilizations IV suffers from a pitfall of UI woes and unintuitive systems. Examples include buildings, shipyards, and other functions that require specific technologies to be researched first. Rather than having a button in the text that takes you to the requirement, you’ll need to open the tech tree and type in the keyword in the search box. Sometimes, this doesn’t work and no results are found, so you have to back out of that menu. Then, there’s the gargantuan tech tree itself with four major branches ⁠— Colonization, Engineering, Warfare, and Governance ⁠— and menus that won’t let you zoom in or out.

As with other strategy games, you’re only allowed to research one tech at a time. In this case, the available techs use card shuffling based on rarity. Newcomers that have tried Paradox Interactive’s titles could compare this to the research mechanics in Stellaris. If the tech you need doesn’t show up, you’ll have to reshuffle the options, causing a slight research time penalty in turns. 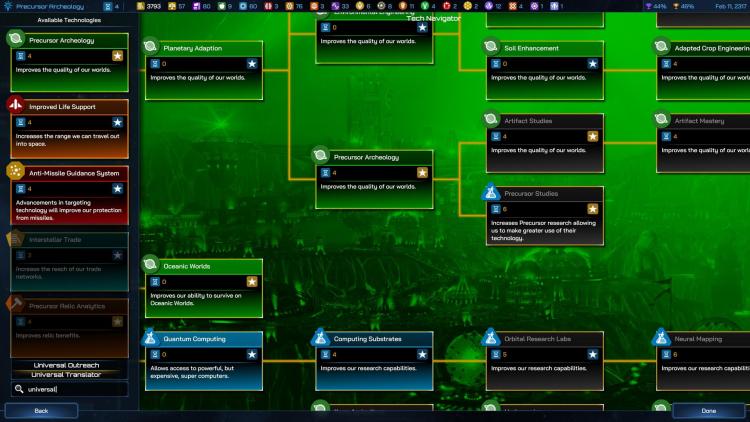 Tooltips could also use some work. Techs do tell you what gets unlocked, but the panel disappears the moment you move your mouse away from the box. Also, unlike its predecessor, this game no longer has the small icons that actually explain their effects. There were moments when I scratched my head while wondering about the effects of the Zalon Defense System, a Resequencing Station, or the Illicit Deals Executive Order. Civilization VI has the reliable Civilopedia, Age of Wonders IV: Planetfall let you mouse over unlocked boons, and Crusader Kings III allowed you to highlight the text to open a tooltip that leads to even more tooltips. Considering those comparisons, this game feels woefully unintuitive.

Speaking of which, Ideologies can also pose a problem. Ideologies are based on the aforementioned traits that each faction/race has. To unlock these, you’ll need Culture Points. Unfortunately, you’re not told how those Culture Points are obtained. While the percentage of citizens that share an Ideology does appear, the modifiers, factors, and characters that further affect this value aren’t expressly noted on the screen unless you look for them individually. 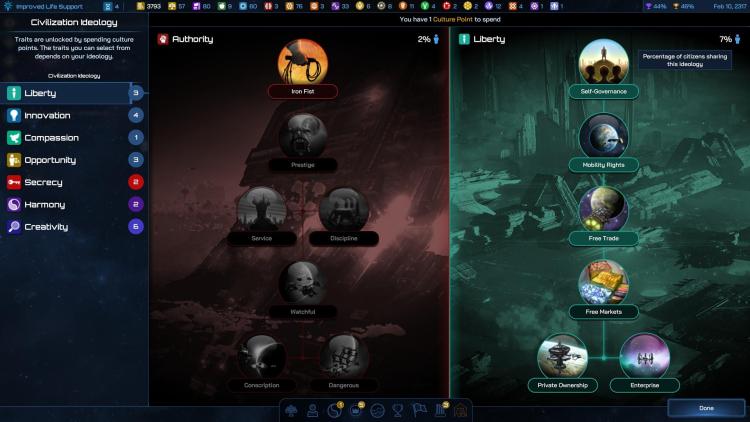 The other major issue I had with Galactic Civilizations IV is the queueing system. Normally, strategy games allow you to quickly change a building’s or unit’s priority. Here, however, you’ll need to click and drag to move them along the queue. But, there were instances when the controls didn’t work properly. For example, click, drag, and drop works if you do it from right to left but not the other way around. I’m not certain if this was due to input delay or something else entirely.

The problem also reared its ugly head since I couldn’t find a way to end my turn if structures or core worlds were idle. As such, I had to rerun projects or create more ships (the only option to stop this would be to decommission a shipyard). I asked myself if there was a button or command that I just couldn’t see, but neither the escape key nor enter key worked. 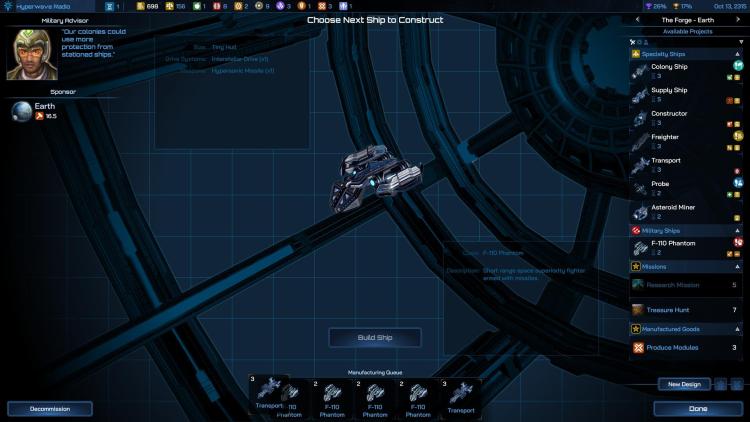 Galactic Civilizations IV doesn’t have a campaign in the traditional sense. Instead, it provides a more sandbox feel where you’re free to do whatever you want. Still, there are four victory conditions: Conquest (defeat all major factions), Culture (spread your influence across the galaxy), Time/Score (hit the end of the game), and Prestige. A Prestige Victory tallies your score in various facets (military force, sectors controlled, techs researched, and so on). A way to increase this further is by completing Galactic Challenges. There are those that lead to wave after wave of incursions, event chains where you have to discover a cure for a plague, and unique structures that have to be built.

Truth be told, I really wanted to enjoy what Galactic Civilizations IV has to offer, and I do think that the Prestige Victory and Galactic Challenges should make playthroughs more refreshing. Unfortunately, the poor UI, lack of informative tooltips, and odd queueing problems caused unnecessary headaches. To that end, I simply decided to smash rivals for Conquest Victories. When a lot of minor issues popped up, it’s hard to enjoy longer playthroughs. Despite having some interesting concepts and refreshing mechanics, Galactic Civilizations IV suffers from an unintuitive UI, lack of tooltip information, and production queue bugs.