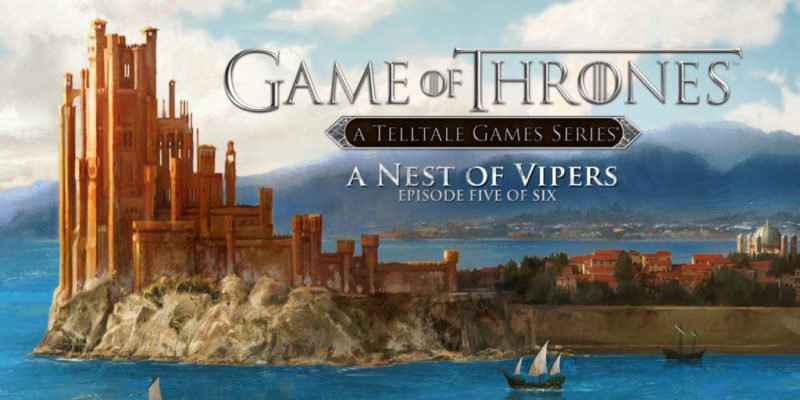 In traditional fashion, Telltale has released a few new screenshots from Episode 5 of their Game of Thrones adaptation ahead of the upcoming installment.

According to an accompanying twitter post, Episode 5 (A Nest of Vipers) should be coming out later in July. It tends to be a Tuesday, so that would indicate either 21 July or 28 July as likely candidates for the PC version. Assuming nothing bad pops up in any QA testing they’re doing.

This particular set of screens are pretty Asher and Mira-heavy, showing the former tussling in some fighting pits and (apparently) taking a ship to what may be somewhere close to home. Mira, meanwhile, is conversing with some Lannisters. At this point in the Game of Thrones time-line, Tyrion is in prison for alleged crimes against Joffrey, while Cersei is rapidly approaching her crazy paranoia stage.

Neither will really be in a position to give Mira much help, and Cersei is probably going to actively work against her.

Have a look at the new images in our gallery, below. Click for larger versions.