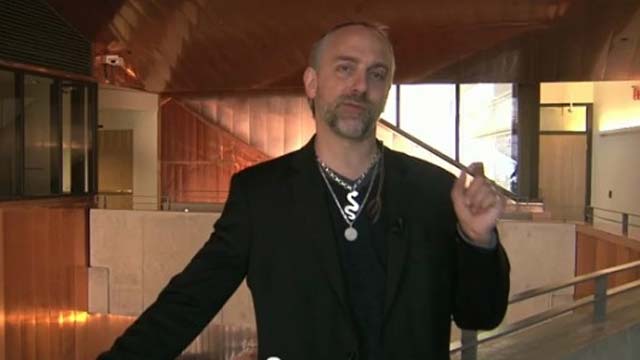 A couple of weeks ago Richard Garriott’s studio Portalarium revealed they were seeking another round of funding for their MMORPG Shroud of the Avatar through Seedinvest to help expand their operations. The news alarmed some backers of the game who questioned where all the crowdfunding had gone. Last night Richard Garriott took part in a Seedinvest live webinar to explain why they are looking for more funding.

The conference started with Garriott going over the numbers highlighted in the Seedinvest pitch, including the 11 million raised by the community after the conclusion of the Kickstarter campaign. In total, Portalarium has raised 18 million so far from backers.

Following the presentation, questions were taken from those who attended. Garriott was probed on what makes Shroud of the Avatar unique from other MMOS. Garriott says that the game goes beyond combat as its core roleplaying experience giving them a “competitive opportunity” in the current market.

Garriott answered a question regarding visual quality compared to AAA first person shooters, which let’s face it, are not comparable. This was a rather odd question, but Garriott said, “Instead of choosing to compete against 100 million dollars of art, we are going to compete on game design. We’re going to do unique game design, unique gameplay, unique community activities that we believe we can do in Shroud of the Avatar better than anyone else.”

Shroud of the Avatar is the only game Portalarium is working on according to Garriott and he went on to talk about future plans of the company.

“That is not our long term aspiration, our long-term aspirations are to grow as we have with our previous two incarnations of the company. Whether you look at Origin which became part of Electronic Arts, or Destination Games which eventually became part of NCSoft. We grew from just being the Ultima company or the Tabula Rasa company to becoming a developer and publisher of a wide variety of games on a variety of platforms but all unified by a vision that in the Origin days we used to call ‘we create worlds’, this deep immersive roleplaying world. That is still and remains our aspiration as a company.

“At this moment it’s our one product focus, by all means we do in the long-term hope to partner both with other companies to help not only Shroud of the Avatar, but any other games we might work on, sell to their maximum potential around the globe, but concurrently to have partners to help and work on developing other titles that we would be bringing out under our label.”

One of the most important questions was what would happen if the Seedinvest round failed to raise the additional funds? What would happen to Shroud of the Avatar and did they have other avenues to pursue? Garriott reiterated that Portalarium has generally raised and spent similar amounts of money throughout the development cycle.

“We will carry on and keep working on Shroud of the Avatar regardless”, said Garriott. “If we don’t raise the funds through Seedinvest, to expand as a publisher it could affect our strategy for how to best release this game to the world. It will change our partnering strategy and how we bring the product to various territories and help get it marketed. We will need deeper and competent sales and marketing partners.”

The question all backers want to know is why they are seeking this additional investment following the Kickstarter campaign and the additional funding through their website? Garriott responded.

“It’s important for people to know that the Kickstarter type of crowdfunding, and what we have done on our website, is a holistically different beast, different both legally and for different purpose than what is happening now with Seedinvest. If you look at the non-equity crowdfunding we did with Kickstarter and our website, those funds were all and continue to be put into the development of the product. That is what has been helping us to build Shroud of the Avatar. The good news is we can finally see the light at the end of the tunnel and we’re confident that in the coming months we’ll be able to release Shroud of the Avatar to the general public. We’ll be doing a story release this summer where the Episode 1 story will finally be completable, but the main Episode 1 ‘launch’ will probably be later in the year.

“Now we’re looking at that, we need to hire new people, a new type of people, not programmers or designers, we need to hire people in finance,  sales, and marketing, to help manage translations in various languages, distribution deals in various countries, manufacture boxes, all these activities that we have no been doing when only in a pure developer stance as a company. That’s what the Seedinvest offering is for, to help us expand beyond purely being a developer, into being a developer, operator, and publisher of Shroud of the Avatar.”

Garriott moved on to the topic of user acquisition where he stated they have spent “zero dollars” on marketing and sales but have had “notable success” with 200, 000 accounts having already been made. Of those 200,000 registered accounts, 65,000 have actually paid some kind of financial contribution to the development of the game. Garriot is pleased with the numbers but acknowledges it’s a modest number compared to successful MMORPG and even his own previous games.

The conclusion is that Portalrium needs marketing power. It’s not something they had budgeted for and they realise that now is the time to push the game beyond the Ultima/Garriott fanbase. Garriott moved on to some hypothetical number crunching.

“If we have 65,000 backers now, if you just move that up to something as small as 100,000, and you look at a modest spending like in Ultima Online which was usually about $10 per month, that’s 12 million a year. If you bump that up to 200,000, that’s $24 million in revenues. Those kinds of numbers I think for many roleplaying games including ours are well within reach.”

The numbers being touted sound optimistic based on the fact that the game’s development budget has been lower than most big MMORPGs which did make it to market but failed sustain a high active paying user base. It also sounds like Portalarium has not thought about Shroud of the Avatar marketing at all until the very last minute which is a little alarming. Portalarium now realise that in order to have a chance of making a real success of the project, they urgently need the extra funds now.

The positives to take away from this is that at least backers will have a game that will be supported even if marketing budgets can’t be found. However, how much continued development Shroud of the Avatar would receive if the Seedinvest funding wasn’t succesful is unknown, but as long as Portalarium stays afloat, there should be a game to play.

By Chirag Pattni7 days ago
Features