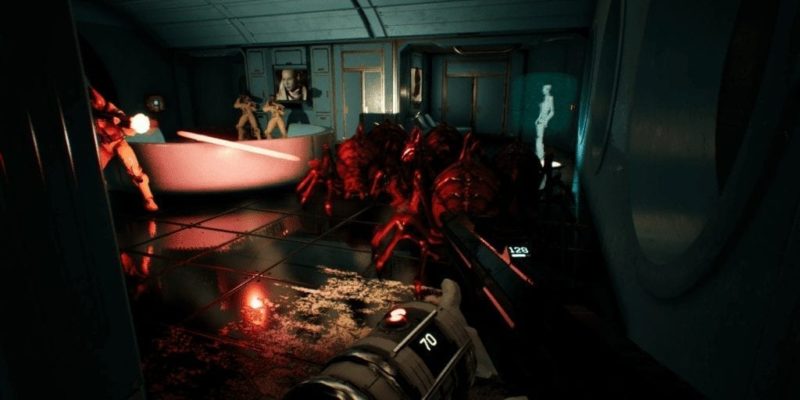 I stood on the bridge of my ship to finally make my way to colonizing a Genesis planet. I’d carefully built up my ship and crew for this exact purpose. But something was wrong. My modules were getting damaged. Crew members were dying. My ship was overrun by another corporation’s soldiers, and they wouldn’t stop until my crew and my mission was destroyed. I grabbed my shotgun and killed as many as I could, but they kept beaming aboard. If they managed to kill my entire crew, that would be it. My mission would be a failure. Such is a typical run in Genesis Alpha One.

If that doesn’t put it into perspective, this game can be immensely stressful. Just like most roguelites, any single slip-up can completely ruin everything. To be clear, though, Genesis Alpha One isn’t quite like most in its genre. The basic premise of the game is that you are a clone on a ship of clones. It’s up to you to build your ship and expand your crew by finding resources throughout the galaxy. If you die, another clone becomes captain. If all of your clones die, that’s it. But it’s really easy to make more clones,  and as long as you pay attention and know what you’re doing, you’ll probably be successful.

Genesis Alpha One bears the distinction of being part fps, part ship-builder, part management sim, and part roguelite. If that seems like an awful lot of different things to juggle, well, it is. But the game pulls it off extremely well. It’s fairly complicated and doesn’t like to hold your hand, but it lets you take it at your own pace. There’s a brief tutorial at the beginning that teaches you the basics of shipbuilding, but you’ll mostly have to learn by doing. Moving around the galaxy is also fairly simple, as you initially just hop from square to square with hyperdrive via the bridge. 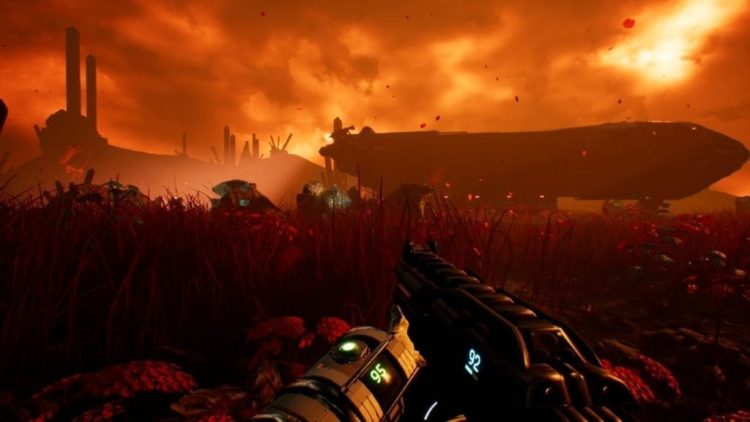 The gameplay loop is fairly self-explanatory as well. You travel to a sector using your warp drive, scan the planets and debris for resources, and then do your best to collect them. You can accomplish this via beaming them onto your ship with a tractor beam or by sending a transport vessel to a planet’s surface in order to collect resources by hand. But there are risks in this.

You can accidentally beam small creatures onto your ship when using the tractor beam, and they can then go on to infest your ship. If an infestation gets out of hand, it can destroy your crew members and modules. Things can also go from bad to worse at the drop of a hat. If you send a transport vessel down and a hostile force kills your crew, well, those forces could come right back up in your transport and ruin your day before you know what’s happening. Suffice to say, it really keeps you on your toes.

The planets, unfortunately, are all very samey. You can only explore a small section, and they all pretty much feel interchangeable. You land, grab whatever resources you need, and scan sites, all the while fighting off hostiles that spawn regularly. Resources are always contained in rocks that are all very close to where you land, which is kind of weird. It makes great sense from a convenience standpoint, though, as it allows you to get in and get out quickly if need be. Sites need to be located further out, though, and these contain new artifacts such as weapons and upgrades. You can also find new module schemes to make your ship that much stronger. 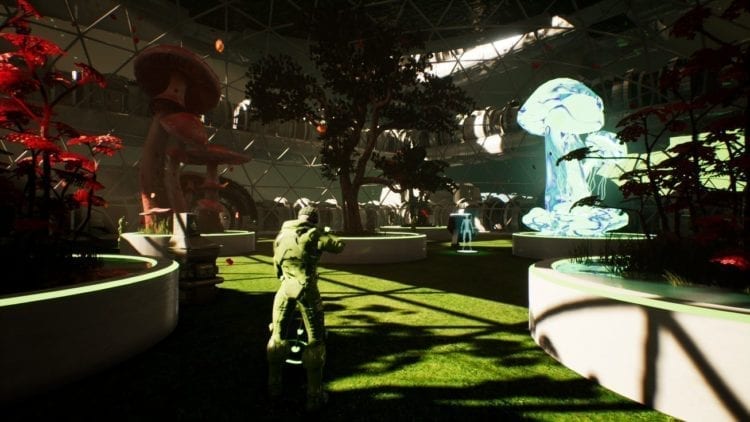 There’s a fair amount of weapons at your disposal in Genesis Alpha One too. I mostly just used a shotgun, as it did enough damage to take most enemies out in little time. You can carry two guns at once, and each transport comes fitted with a weapons rack and an ammunition rack. Defeating enemies is also very important, as they drop genetic data that can be used to make new types of clones, as well as biomass. You use biomass for healing, in addition to researching and creating new clones.

Your transport can only hold five items on it before becoming fully loaded, though, which doesn’t make an awful lot of sense since there’s so much room. It’s easy to run out of storage space on your ship before you know it. However, the way Genesis Alpha One handles storage is really logical and satisfying, I must say. When you collect a raw resource, you need a storage space to hold it. In order to refine those resources, you then need to have a refinery. Finally, you need another separate storage space in which to store the refined resource.

Your ship has robots tasked with this whole process. Once you land in the hangar after an expedition, the robots collect what you’ve found and haul them to all the places they need to go. You can even follow them. The relationship between all the different modules is well thought-out and very satisfying once you wrap your head around it. It’s important to plan out your ship’s layout, though; failing to do so got me into some trouble. You can also create multiple floors for your ship to make getting around it less of a pain, as it can get really big and confusing. I couldn’t figure out how to do this, though, even after asking for clarification, so my ship was enormous. 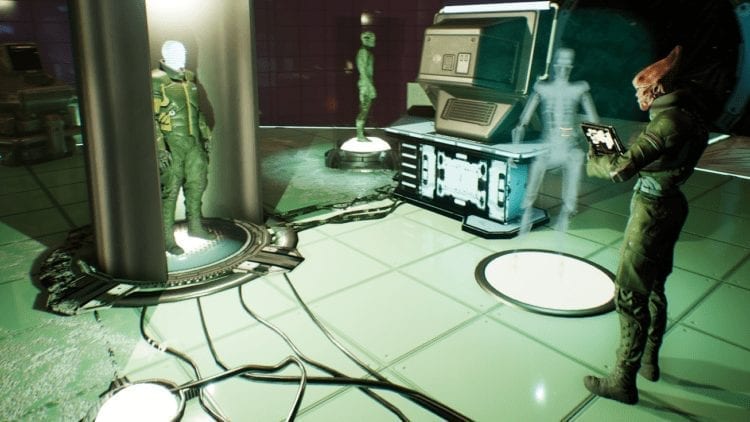 The end goal for each run in Genesis Alpha One is to settle a Genesis planet by having enough clones onboard that breathe its atmosphere. I successfully did this in my second run, which took a good amount of hours for a game with permadeath. Once you have the necessary amount of clones, you land on the planet, clean out an alien hive by killing its queen, and then send your coordinates to Earth.

If you have enough clones with alien DNA on that Genesis planet, they are then unlocked to start off future runs. Regardless of if you die or win, you still get to keep any artifacts you unlocked for future playthroughs. Fulfilling certain other requirements also gives you access to new starting companies that have different beginning stats. Thankfully, the game is fun to play and has a lot of stuff to unlock.

The graphics are good, if a little bland, and even though the movement feels too fast for my taste, it also succeeds at being a solid shooter. I think it’s safe to say that the three-man team behind Genesis Alpha One has done an excellent job of succeeding at pretty much everything they set out to do. It’s no small feat to make a game that does so many things this well, so the game is assuredly worth checking out.

Genesis Alpha One is a unique, captivating experience that achieves most of what it sets out to do.

Giveaway: Take One Of Our Closed Beta Keys For Xenon Racer