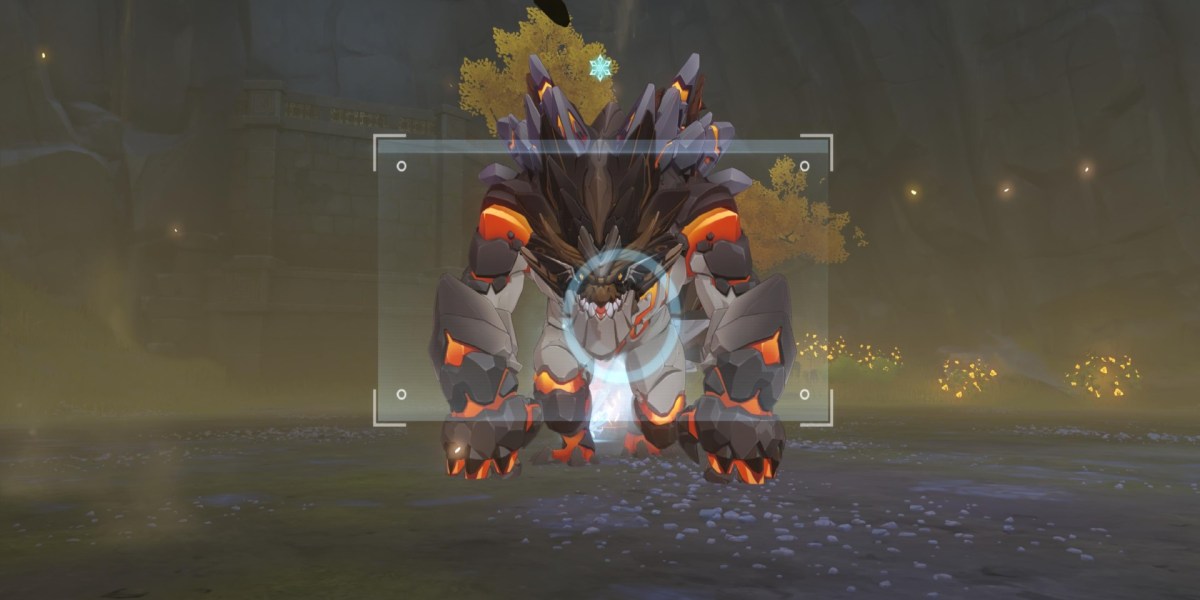 It’s day 6 of Genshin Impact‘s Five Flushes of Fortune event. This time around, we’ll be taking snapshots of brown creatures using the Kurious Kamera. Here’s our guide to help you out.

Note: For more information about the game, check out our Genshin Impact guides and features hub. You may also take a look at our Five Flushes of Fortune event guide.

Yesterday while you were looking for yellow items, I remarked how ocher/brown-colored photographs seem to be quite rare. Well, even with randomness taken into consideration, I do hope that using the Kurious Kamera on brown creatures helps you amass this particular color today.

Anyway, let’s discuss the brown creatures I’ve spotted in Genshin Impact‘s world, as well as some other findings. 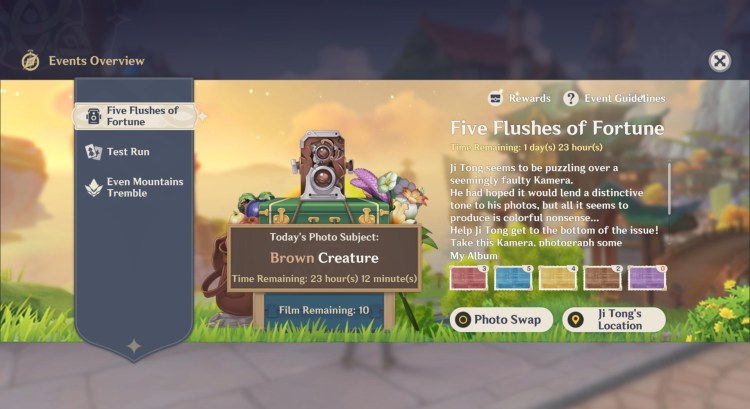 Those of you who like to leave your characters in Monstadt each daily reset are in for a treat. That’s because some of the pigeons at the bridge do count as brown creatures. I think it might be due to a slight discoloration or pattern.

Anyway, you should be able to get a few photos here. You can turn them into food afterward much to Timmie’s chagrin. 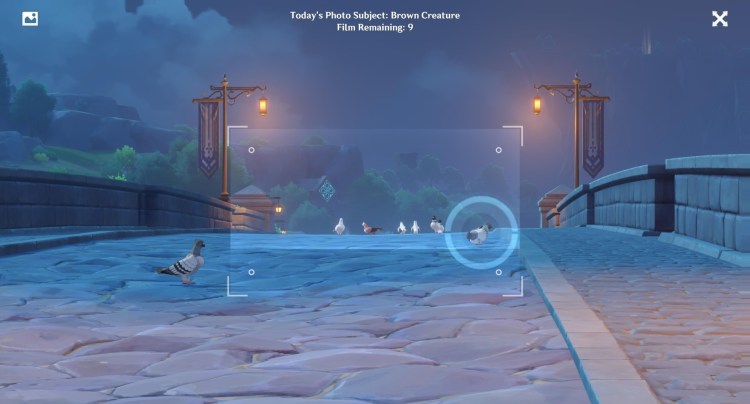 For these enemies, you’ll want to take note of any elemental infusions they might have. Hilichurls count as brown creatures if they’re the regular type (no elemental infusion). Meanwhile, mitachurls should be fine since they’re mostly brown in color. For the big chieftains, only Stonehide Lawachurls seem to be valid targets. 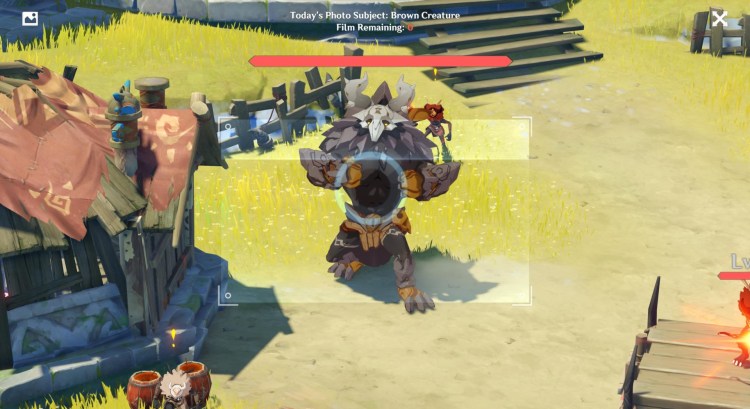 Geovishap variants should be valid targets for your Kurious Kamera. Likewise, it seems the Primo Geovishap elite is considered a brown creature regardless of its elemental form. 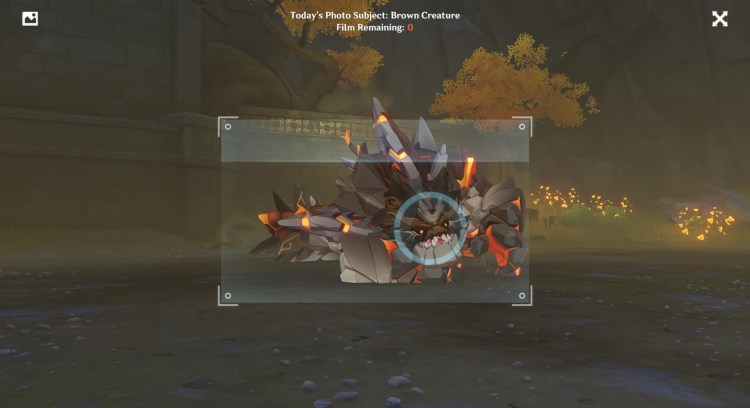 These automatons are also valid for today’s Five Flushes of Fortune photo subject. Like Geovishap enemies, you can use the enemies tab in the Adventurer’s Handbook to find loads of them (or just go to the island west of the Domain of Guyun to find several Ruin Guard enemies). 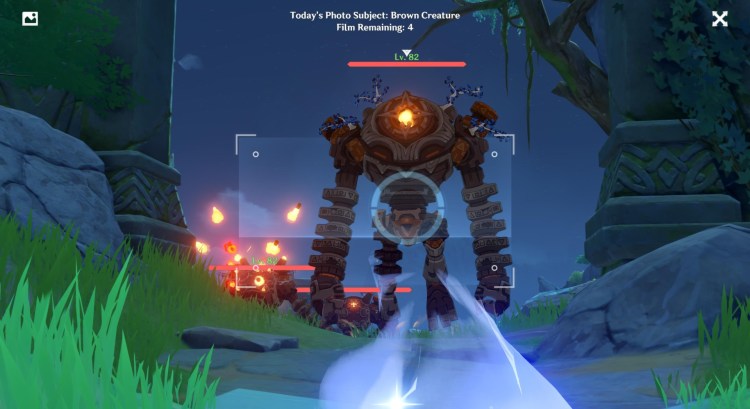 The Geo Hypostasis is fine, but not Geo Crystalflies

Naturally, the Kurious Kamera works on the Geo Hypostasis. Oddly enough, however, it doesn’t work on Geo Crystalflies. 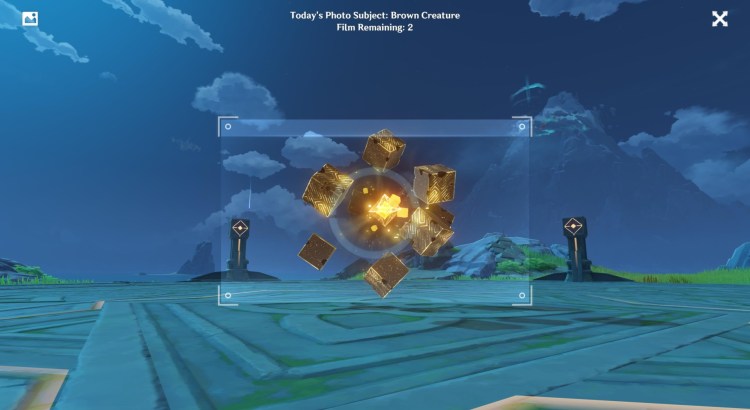 If you want a “one-stop-shop” location of sorts for the Kurious Kamera’s brown creatures requirement, then look no further than Brightcrown Canyon. 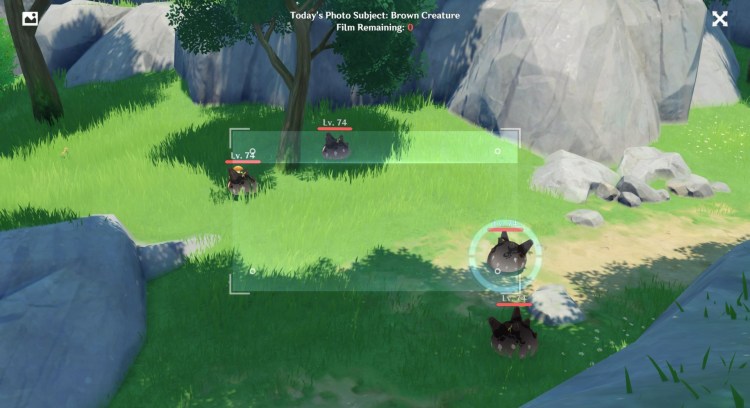 Update: Tomorrow is the final day of the event, and you’ll be taking pics of purple creatures. 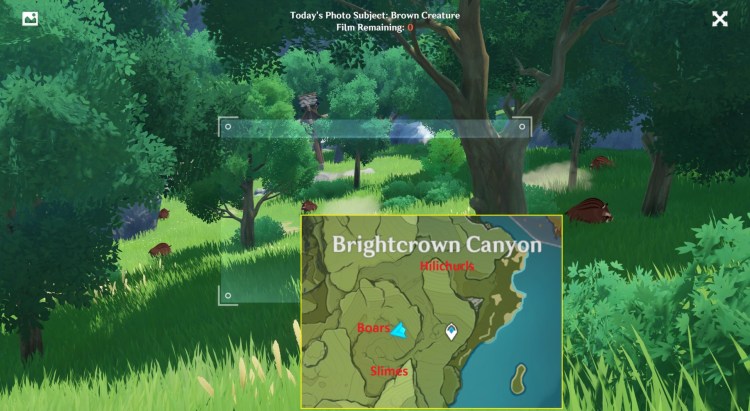 Genshin Impact is available via its official website. For more information, check out our guides and features hub as well as our Five Flushes of Fortune event guide.

Doors of Insanity — Is it worth it?

Marvel’s Midnight Suns: How to apply mods to cards and abilities

By Jason Rodriguez24 mins ago
Guides

Marvel’s Midnight Suns: How to craft and upgrade cards