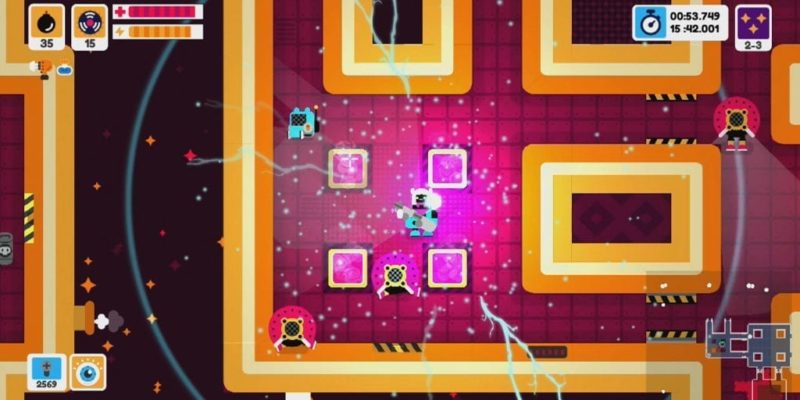 More games should really star adorable robots who use their enemies’ weapons and abilities against them as they hack, slack, burn, and crash their way through space stations infested with sentient AI hell-bent on deprogramming you once and for all.

But since more games aren’t exactly that, at least we’re able to give away a whole mess of keys for Socketeer, a game that is about all of that!

SOCKETEER is an action-roguelike about hacking enemy robots to control their abilities and survive. You have no weapons but are surrounded by enemies who do. Strategically master other bots’ abilities to advance deeper in each space station stronghold.

Sound good? Good, because we have 25 Steam keys to give away! Enter below in the contest widget with your current information. Winners will be drawn Monday, August 27.

Socketeer is available now on Steam.

Check out the adorable trailer for Gibbous: A Cthulhu Adventure