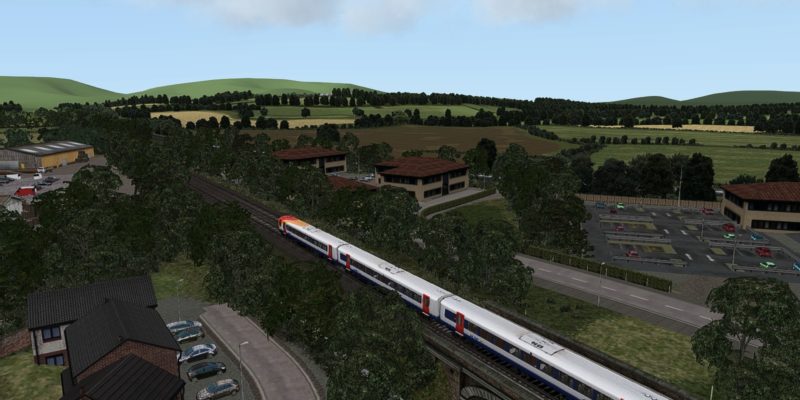 If a product has “great” in the name, then you wouldn’t be faulted for expecting it to live up to that level. But, you may also be distrustful of it for already patting itself on the back. In this case with Great British Railway Journeys, it merely adopted the name of a TV series that ran on BBC. It offers players the ability to recreate scenes from the show in the virtual world with the same routes and locomotives. Built on the long-existing Train Simulator engine, GBRJ does manage to provide a relatively decent simulation experience, though I wouldn’t call it great.

If you’ve played Train Simulator before, then you’ll already be familiar with how GBRJ functions. The only difference is the branding and selection of routes and locos. Great British Railway Journeys sports 40 scenarios to play between Career and Standard mode. These are spread across six different British routes, with a somewhat decent variety of steam, diesel, and electric locomotives to choose from. The majority of the scenarios involve passenger runs, though there are some cargo missions in there as well. 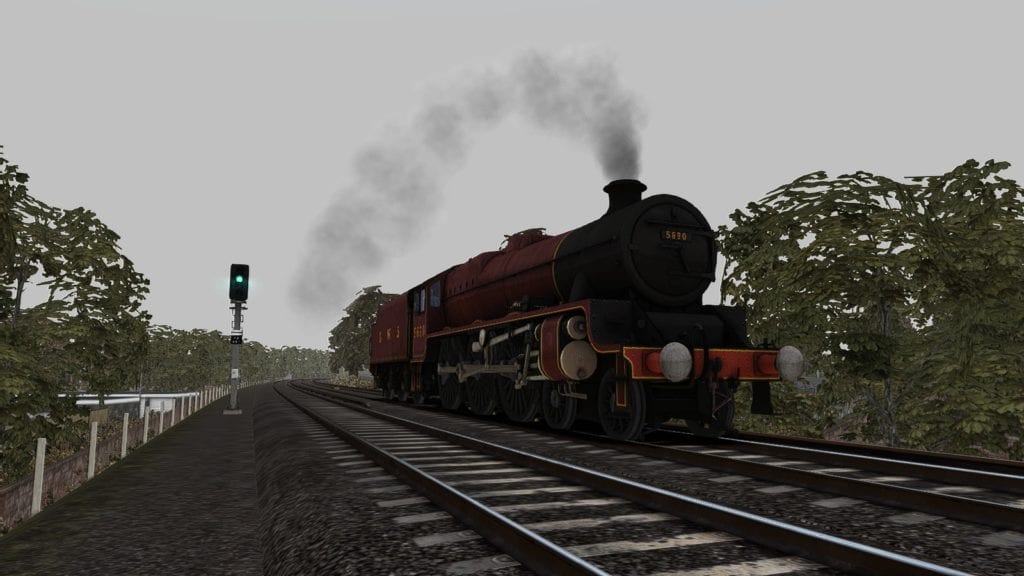 A steam engine makes its way down a fog-filled track.

Regardless, adhering to the timetable is important. As you play, you’re rewarded points for your ability to follow the timetable and rules. Arriving late, aggressive braking, or missing a stop will all result in a point penalty. Some actions will close the scenario out entirely, such as passing a signal that warns of danger. Also, be sure to stay alert and turn off the AWS (Automatic Warning System) when it pings every now and again, otherwise, your train will come to a screeching halt.

In any case, pressing F2 regularly is a good tip to follow as that will save your session. This is also essential for some longer scenarios, which can take as much as two hours to complete (each scenario takes 30 minutes on average).

The scenarios are of varying difficulty. Some include several stops, while others have you rolling on for long distances; simply being left to mind the speed limit and manage the AWS. Then there are missions with more interaction, as you have to drop off rolling stock and navigate to parking spots. Overall, though, the missions are fairly straightforward.

While there is a selection of different locomotives to operate, many of the included models are just alternate versions of the same base machine. So, there is variety, just not a huge amount. Still, they do all control relatively differently. Some are fairly easy, such as many of the electric locos which basically operate with just a throttle and a brake. Some of the diesel locos require more effort to start and stop, while the steam engines are the most complex. Still, it doesn’t take much in any case to get these things up and down the track.

Though, I did run into a few instances where a train would not pull off until its controls received lots of button mashing and knob twisting. I’m still not sure if it was me carelessly overlooking a step or a glitch.

On-screen controls and keyboard shortcuts are available that can make piloting these metal beasts fairly simple, you still have the ability to make the experience more authentic and meander through the many knobs, buttons, levers, and sticks of the highly-detailed 3D cabs. 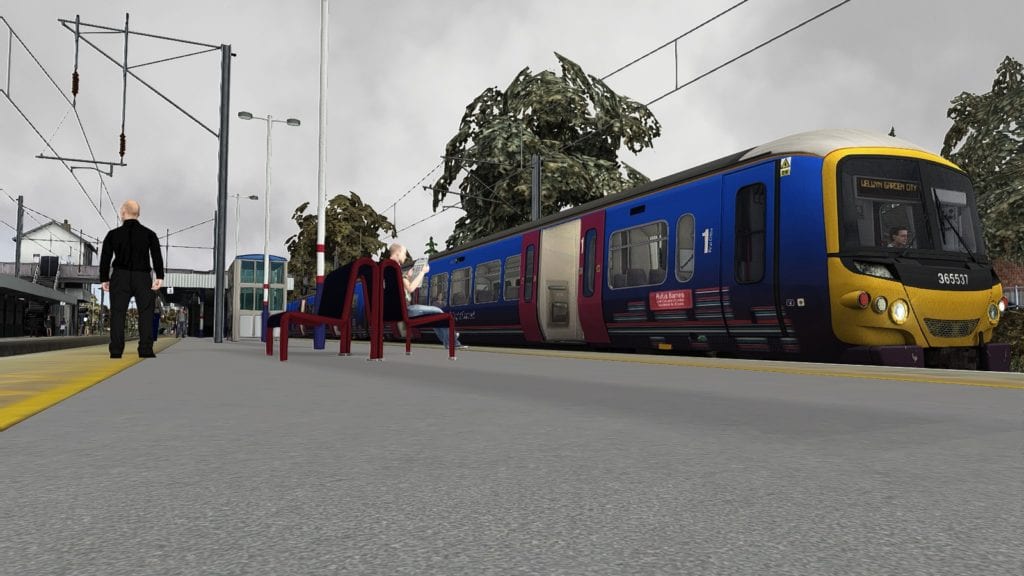 There’s a somewhat decent selection of locos, but you’ll often be operating the same thing.

Almost every control is operational, and many of the gauges and screens display accurate info. You also have a HUD that can be activated and deactivated at any time which will show the gradient of the track, distance to the next stop, and upcoming signals and speed limits.

Even with this handy tool, however, sometimes there are sudden changes in speed limits that aren’t properly labeled. As a result, many times I’ve ended up losing major points for overspeeding in a zone that lasts for literal seconds. Trains are not easy to slow down or stop, so be wary of the change in speeds.

While Great British Railway Journeys does have longevity on its side due to the extremely lengthy scenarios, my overall experience was really more on the “fair” side of things.

Again, the loco selection is decent, but not amazing. You literally will end up piloting the same loco fairly often, or just an off-shoot. But what really tripped me up was when I tried playing scenarios involving four different locos: two diesel and two steam. For some odd reason, they ended up disappearing off the list. When I tried to manually load up a custom scenario, I got an error message for one of them. I really have no idea what happened here, and can only chalk it up to being an odd glitch. 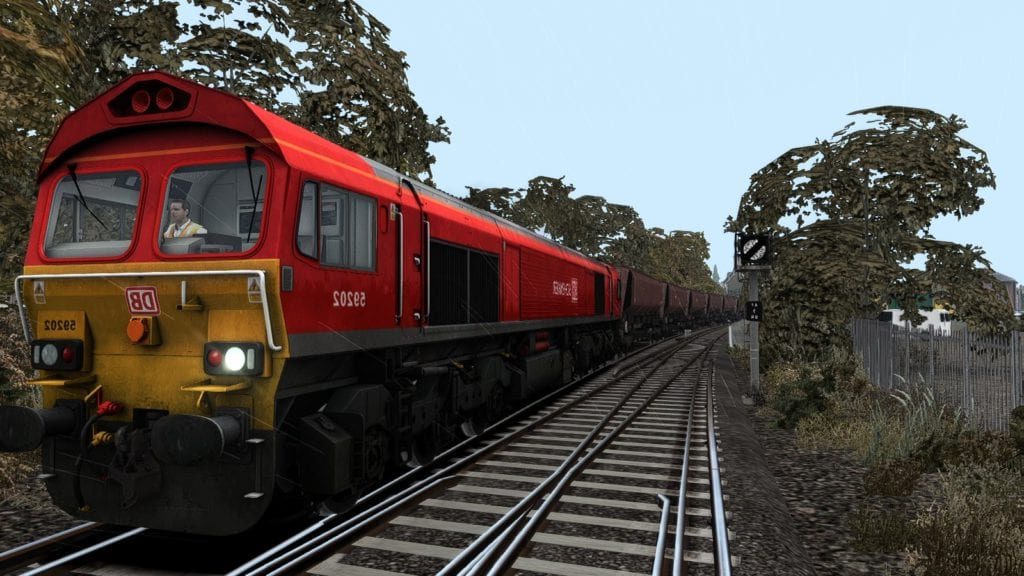 It’s a lengthy sim, but not an amazing experience.

Another area that fell short of the “great” mark is the overall presentation. Train Simulator has been running for over 10 years at this point. And really, the engine is showing its age. While the train models do look really nice, the environments are still unfortunately basic.

Yet the game is strangely resource hungry. I often got framerate stutters on my GTX 960M paired with an i7. Truth be told, the game’s system requirements call for more than expected considering how old the engine is. Great British Railway Journeys would’ve really been better off being built with Train Sim World as the foundation. Dovetail Games is responsible for all three products here. I really don’t get why Train Simulator is still being managed when Train Sim World is far more advanced in every way, and in my opinion, a lot more fun to play.

If you’re really dying for some new Train Simulator content, or want a fairly small yet somewhat authentic train-sim to dive into, then Great British Railway Journeys isn’t a bad choice—it’s just not a great one.

Great British Railway Journeys requires a lot of time and patience to get the most out of it. Built on an aging engine, it provides an adequate experience, but nothing spectacular.

Nvidia delays all future product announcements due to the coronavirus