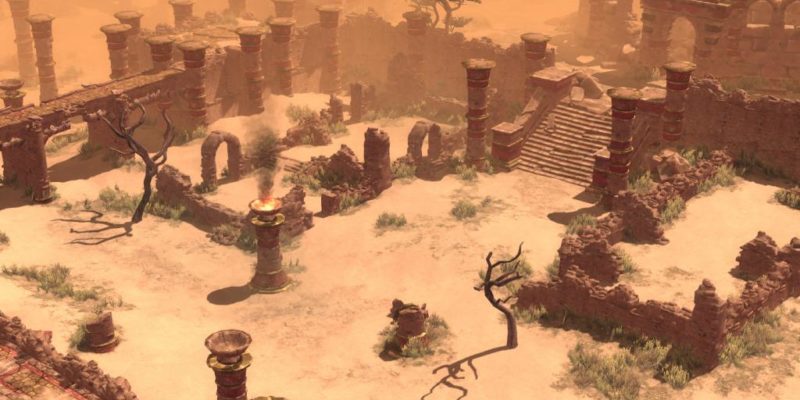 Crate Entertainment’s second expansion for their ARPG Grim Dawn is called Forgotten Gods and today the revealed the first shots for the Korvan Plateau.

This new desert area looks great and Crate has shared some backstory along with the first shots as seen below.

Far from the reaches of the Erulan empire, long before the first Erulan banner was even raised, a culture thrived in the oases of the Korvan Plateau. A culture deeply rooted in tradition and faith, where an Oath made upon the temple steps was worth more than the gold that lined its statues and walls.

Here was a land of purity by fire, of virtue through zealous faith to a god of unfathomable power. But then tragedy struck, the land was split asunder with violent eruptions and the people scattered to the winds to escape the enraged wrath of their patron. Or perhaps it was the land itself reacting to the agony of its celestial benefactor. None living today could tell you for certain, no human anyway.

The civilization crumbled into ruin, its riches plundered by thieves and opportunists, but something has awakened deep beneath the sands. A fire once again burns within the temple and new eyes are drawn to this once sacred place.