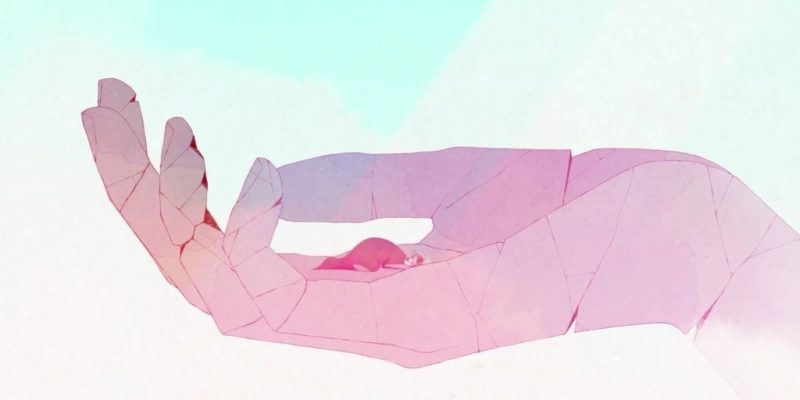 There have been a lot of examples of narrative-leaning art games in recent years. Is it a game? Or is it art? What about both? These questions have been asked and answered repeatedly. They can clearly be both, and that’s great. At the end of the day, though, regardless of artistic intent, it’s still important to ask: is it still a fun game? Gris has been getting an awful lot of attention lately, and for it, this question stands.

Gris is a game developed out of Barcelona, and the name means “grey.” Although there isn’t a single line of dialogue in the game, it is apparently also the name of the main character. The story begins with Gris awakening in the giant hand of a cracked statue. She loses her voice and can barely walk at the outset. Pressing the jump button makes her fall to the ground. Soon, though, she gains mobility.

Even though Gris has no dialogue, as previously stated, that naturally does not mean it lacks a story. The game mostly paints its narrative with visual motifs and abstract concepts, so don’t expect to sit through any long-winded philosophical cutscenes. It also doesn’t spell things out for you clearly, so much of what happens is open to interpretation. That being said, though, it appears to be a tale of a woman’s trek to regain her agency in the face of grief that threatens to consume her. This grief is given shape through inky creatures that pursue and seek to hinder her. Overall, the narrative aspects work really well and make the game ripe for analysis and reflection. 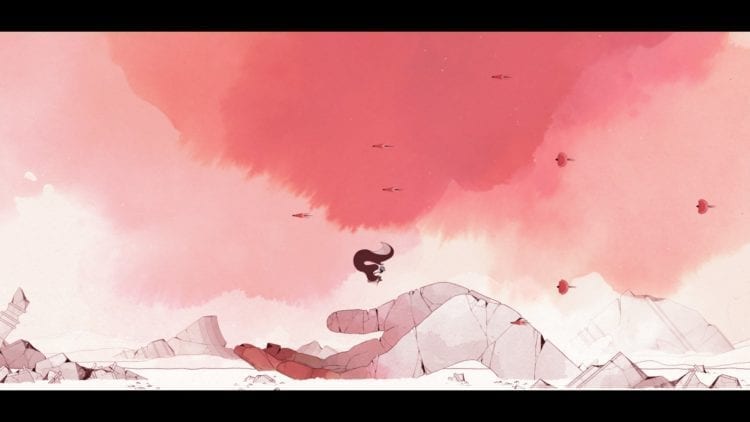 Gris’ Visuals Are Like A Watercolor Come To Life

Visually, the game is absolutely gorgeous. Gris herself is animated splendidly, with vivid, detailed artwork that does a wonderful job of bringing her to life. The linework and design aesthetics of the locales through which she travels are similarly gorgeous. The game starts washed-out and barren, but the visuals become more complex as it moves ahead. At certain points, Gris adds new colors to the game’s palette via the hands of other statues similar to the one in which she first awakes.

By the end of the game, the backgrounds become as intricate as they are lovely. There were many times I had to stop and admire the beauty of what the artists had created. The different areas are also very visually distinct. Simply put, Gris is a visual tour-de-force, and that alone sells it as just as much of a piece of art as it is a game.

Thankfully, though, Gris is a lot more than that. During the first twenty minutes or so, I was concerned. The beginning of the game features a lot of walking to the right, without much gameplay to speak of. However, just like the visuals, the gameplay becomes more involved the further along it goes. To be clear, it’s a puzzle-platformer. Naturally, there’s a large amount of jumping to do, and it feels good. Gris moves at a moderate speed, neither too fast nor too slow. Her jump also feels precise. 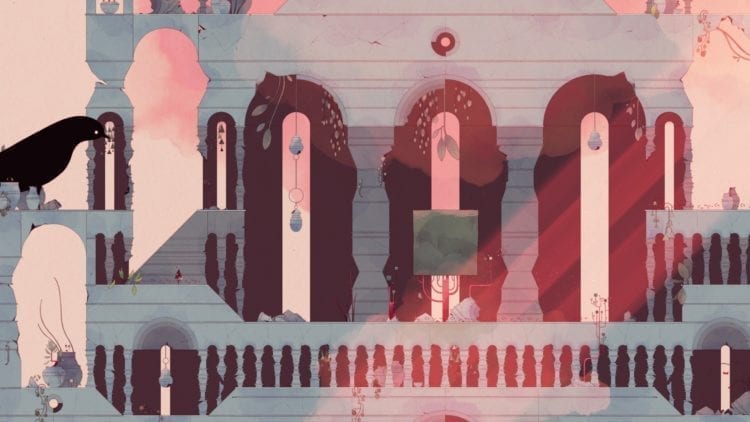 Interestingly, there are no fail states. Gris can’t die or get stuck. The only penalty for missing a jump or not acting as intended is having to repeat the challenge again. Much like how she adds color to the world, she also gains new abilities. These include the ability to turn her dress into a cube, which weighs her down considerably. I don’t want to spoil them all, but another is the ability to move quickly underwater. Her abilities are fairly standard, but they all feel great. On top of that, the animation for her clothes when she uses these is truly a sight to behold.

Honestly, my favorite thing about Gris is the game design itself. I often find puzzle-platformers to be unbalanced, relying more on one genre than the other. A few I’ve played recently were prone to having sections where it was just completely unclear as to how to progress and the design didn’t flow well from section to section. But Gris‘ design flow is intimate and remarkable. The puzzle sections can be challenging, but the solutions are always readily clear. I was never stumped for more than a minute or two on any individual one. That isn’t to say that it’s boringly easy. That’s just how well-designed every aspect of Gris is. It all feels balanced and nuanced. Everything is extremely well thought out.

Aside from jumping and solving puzzles, the game often focuses on collecting little light orbs. Gris will often be dropped in an area that indicates how many she needs, and you then have to search for them and put them in place. They either activate mechanisms or create beautiful walkways meant to look like constellations. 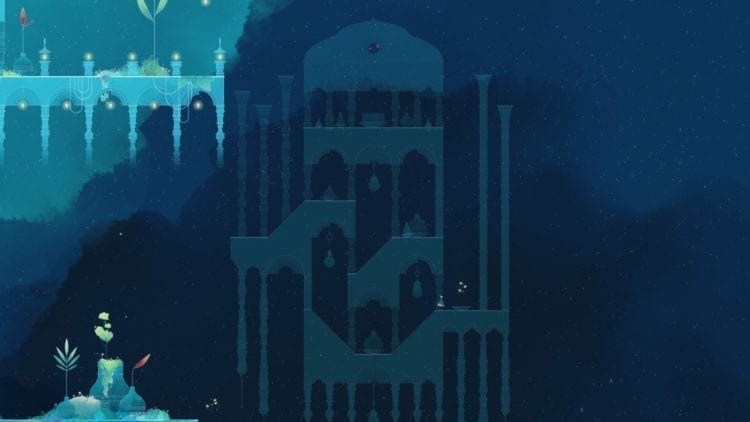 Although Short, The Length Feels Right

The game flows seamlessly as well. There are no loading screens, no jarring transitions. However, you generally can’t go backward and must instead press on, as Gris is a linear experience. That isn’t to say that there’s no cause to explore. There are hidden areas with unique things to see, which are accompanied by achievements. The levels also have optional mementos scattered around for anyone who wishes to spend more time with the game and seek them out. These, unfortunately, don’t appear to unlock anything extra and are just there for achievement hunters.

In keeping with this, one of the only controversial attributes Gris contains is that it’s very short. I completed my playthrough in under four hours and was sad to see it go. However, the length did feel good. I would have liked more, but I’m also glad it wasn’t stretched out further. In the end, the pacing is excellent, and tacking on more content just to pad the experience would only serve to dull the impact the game seeks to deliver.

Gris‘ ending is also an emotionally resonant moment that will likely stick with many who experience it. Due to its short nature and the depth of its allegory, I don’t think it will be long before I jump back in to more carefully pick apart its themes and individual elements. It’s a lovely game that has a lot to say and a lot of beauty to share in a short amount of time.

Gris is a beautiful experience that will be well-regarded for it's visuals, themes, and game design for years to come.

By Logan Broadley58 mins ago
Reviews

By Kurt Perry24 hours ago
Reviews