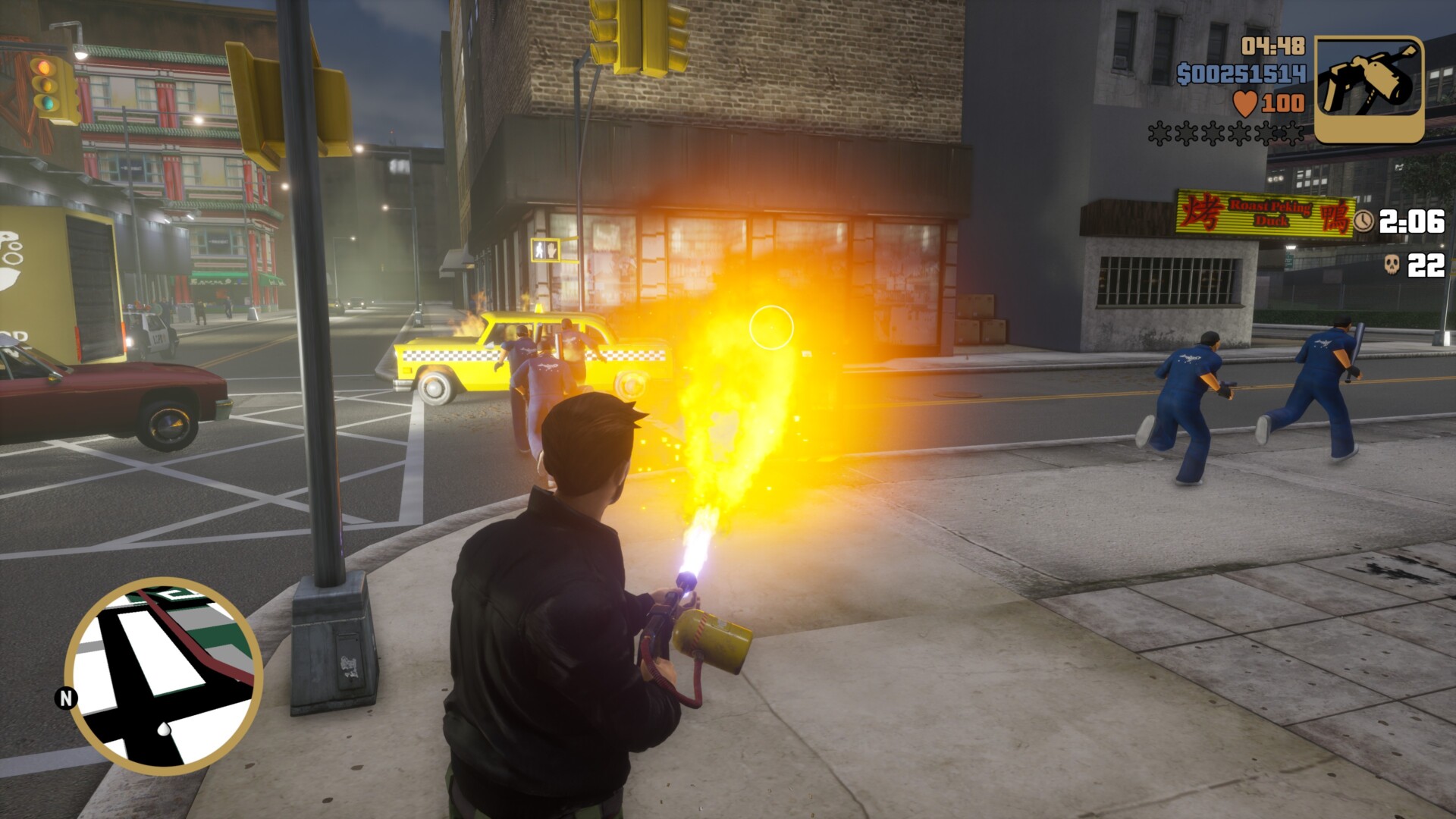 Grand Theft Auto Definitive Trilogy finally became legitimately available for PC players on Monday night, bringing hours of classic gameplay, and a boatload of glaring issues. For me, three things in particular stuck out and I simply couldn’t play the game comfortably until I found fixes. I’m going to lay out what each issue is and how to go about applying these fixes to the PC version of GTA Trilogy. Your mileage may vary, but I’m glad that there are already some workarounds despite how limited our time with the game has been as of yet. Without further ado, let’s jump right in.

You probably expected this one. The rain in Grand Theft Auto Definitive Trilogy is abysmal. Even given Grove Street Games’ frequent issues, I simply don’t see how the developer saw the thick, heavy white rain lines pouring down (almost entirely blinding players) and thought that was remotely acceptable. Even more, I’m shocked that Rockstar still shipped the game with it in. Thankfully, a modder has a quick, easy fix that makes the rain much better, and she did it without the backing of one of the most powerful game publishers in the world.

Authored by Brazilian modder Jessica Natália, the mod, called Rain Fix, does exactly what it promises. All you need to do is download the fix and extract the content folder into your own and it’ll place everything where it needs to go and you’ll be as right as Wayne. Wait, that’s not right. Even better, a great many mods are added the exact same way and you’ll also just be putting packs in the mod folder, so this will prepare you for all the other crap you’re probably going to want to fix further down the line. New mods are popping up all the time, so it’s worth checking to see what’s new. You might want to get rid of the weird aiming outline while you’re at it.

The mod description includes a good look at what exactly the difference is, but, suffice to say, the rain is a lot less obtrusive and looks a good deal better as well, thanks to the mod. As such, this is what I’d consider to be a necessary fix for Grand Theft Auto Definitive Trilogy. 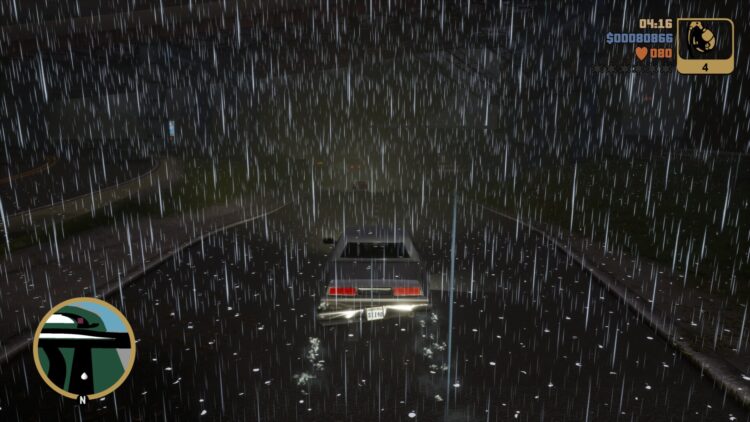 Perfect! I’ve always wanted to drive a car while being barraged by bird crap!

Out of the box, the performance of Grand Theft Auto Definitive Trilogy is simply, atrocious. On an RTX 3090, I was dropping to 30 fps at 1440p in GTA III. There’s zero excuse for it. However, there’s a reason. See, the games run a hell of a lot better with DirectX 12 forced. Naturally, Grove Street Games not only didn’t make DX12 the default, it isn’t even an option anywhere on the menu. But once again, there’s an easy way to rectify this. What you want to do is grimace, sigh, and then open up the Rockstar Launcher. Once your stomach calms down, click settings in the upper-right hand corner.

When you’re in the settings menu, you’ll see “My Installed Games” on the bottom left. You’ll have to click on the games here one by one and scroll down until you see “launch arguments.” All you need to do to make the games in Grand Theft Auto Definitive Trilogy run better is add -dx12 in this field for each game. Presto, the performance will be notably better. It’ll still be kind of poor and you likely won’t be able to play at high framerates, but this should let you play at 60 fps at the very least.

The questionable brightness and contrast

While playing Grand Theft Auto Definitive Trilogy, you’ll notice that the games are strangely dark, making it difficult to see what it is you’re doing a lot of the time. It was bad enough that the rain did that, but the developer really wanted to make it hard for us to see, huh? But good news! You barely have to do anything to fix this. The long and short of it is that the game’s default brightness and contrast settings are poorly configured. At default, the brightness is too low and the contrast is too high.

To make the games look as they’re supposed to, just go into the graphics menu and scroll to the bottom to find brightness and contrast. Turn brightness all the way up and roughly halve the default contrast. If you want to be safe, turn contrast down to zero and then count to five or six ticks while bumping it up. 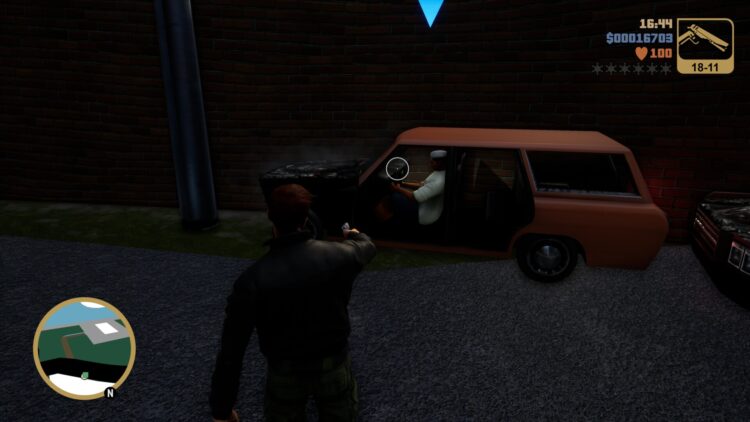 Rejoice, for the sun rises

There you have it. You no longer have to worry about the rain, framerate (as much), or brightness. Now you can focus on all the other glaring problems that will be harder for modders to fix, such as the weird character models, flickering textures, disappearing bits of geometry, randomly exploding cars, off-kilter physics, and so much more. One thing’s for certain, though: the community has some serious modding to do before the “definitive” in the game’s title can actually be taken somewhat seriously. I mean, seriously. How could anyone put the word “definitive” in the title here. So many problems were added and some things are strangely missing. How does removing things from beloved games make for definitive versions? Doesn’t make a lick of sense to me.

It remains to be seen if any of the work from the previous versions of the games can be used for Grand Theft Auto Definitive Trilogy, but I suppose we’ll find out. Model packs would help with the goofy new character models and some tweaks to make the physics more in line with the originals would certainly be appreciated. Since there’s autosaving now, someone might even be able to figure out how to shove quicksaving into the missions themselves, although I honestly don’t see that happening. Of course, we’ll only see these things if the modders aren’t too busy trying to replace all of the weird mobile game leftovers that pop up all over the place, that is. I certainly don’t envy any of that. 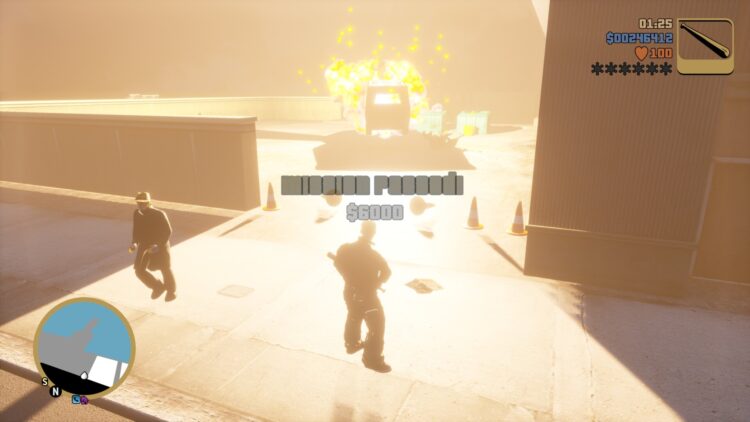 Grow: Song of the Evertree review — Gardener of worlds