ArenaNet’s MMORPG Guild Wars 2 is getting a new Living World story on November 19. Icebrood Sage Episode 1, titled Whisper in the Dark, will introduce a new, horrifying chapter in addition to new gameplay systems and activities. Check out the trailer below for a peek at the mysterious, icy wastes you’ll experience in Episode 1.

Venture into the cold north

Whisper in the Dark will see players venture into the far reaches of the Northern Shiverpeaks. Deep in the mountains, villainous forces are trying to awaken the Elder Dragon Jormag. But that’s not the only problem. The inhabitants of the mountains have heard whispers in the night, and there are rumors of an antlered beast that drags its victims into the snow-covered trees. An entire mountain outpost has been slaughtered to a man. So t’s up to players to stop the awakening of Jormag and also uncover the mysteries in the cold north. 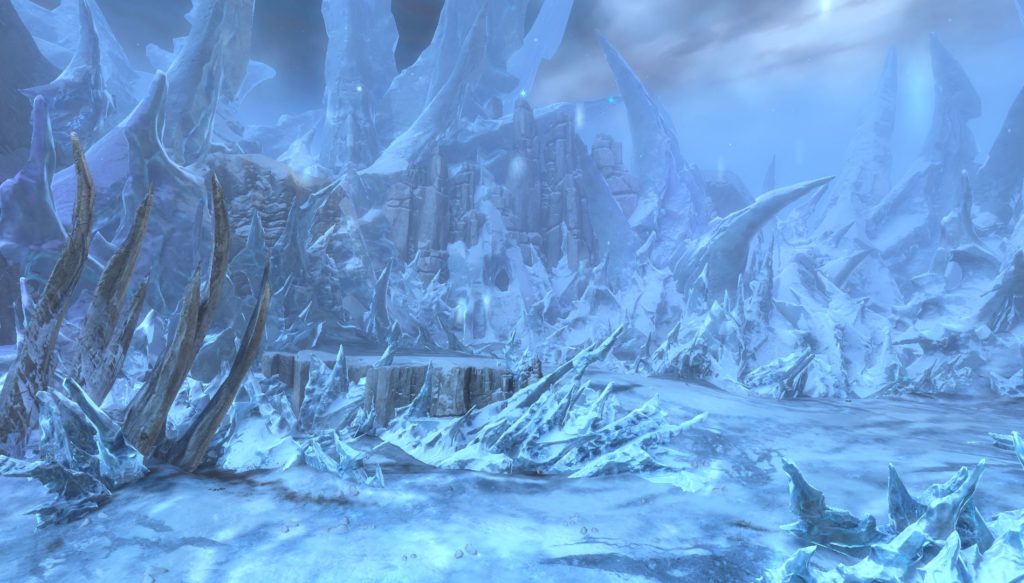 It all sounds suitably scary. It’s always nice to have a break from the typical high fantasy storylines, and it sounds like Whisper in the Dark will be leaning strongly on horror. Even though it’s hard for an MMO to be frightening, a good tone can always create an enticing and interesting atmosphere. Plus, arctic wastes have always been a great setting for horror.

The upcoming event is the fifth Living World season in Guild Wars 2. Seasons function as an ongoing narrative between expansions, and they also provide new endgame content for level 80 players. Like previous seasons, The Icebrood Saga will bring new content into the game, including:

Whisper in the Dark, like all Living World episodes, will be free to players who own Guild Wars 2: Path of Fire.