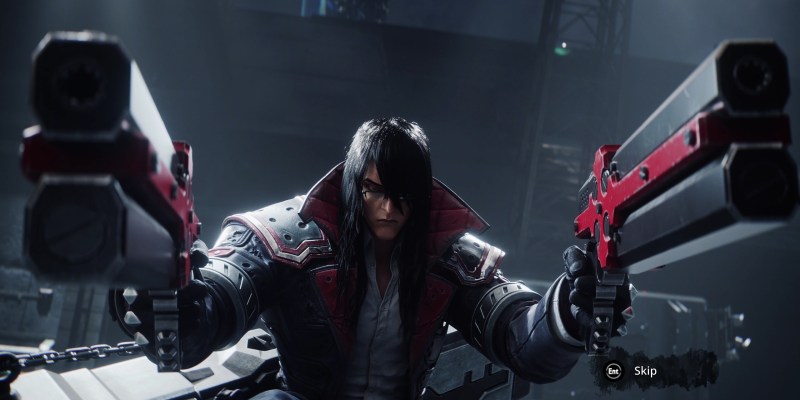 “They’re bringing Gungrave back?!”, I hypothetically stated to no one in particular. While it’s undeniably a surprise that the mute executioner has returned nearly two decades after he and his friends blasted through enemies in Gungrave Overdose, a new game, Gungrave GORE, is set to release next month. I got to check out the game’s first four levels to see what sort of state Grave is in after being brought back from the… tomb? Yeah, let’s go with that. Getting a sequel this many years after the last game might leave fans worried about just how the gameplay holds up after all these years. But the results are surprising.

The game begins with Mika once again ordering Grave around. Yet another group has gotten mixed up with Seed — the strange drug/MacGuffin that keeps giving Grave more bodies to shoot at. The duo is going up against a gang and will have to blast through its ranks until nothing stands in their way. Just like the first two games, gameplay is broken up by pre-rendered cinematics, although they look a lot better this time around. The anime stylings of Yasuhiro Nightow have been swapped out for a more realistic aesthetic, which makes Gungrave GORE look quite different from its predecessors.

The gameplay is very much intact, though. Grave plays almost exactly as he did in Gungrave Overdose, save for the fact that the camera is much better. Just like that game, you automatically lock on to foes Grave is facing and you mash the fire button to keep shooting. Holding it charges up a stronger shot, and mashing it while standing still will let Grave shoot even faster. Although you can now hold the button and Grave will continue blasting away. If it ain’t broke, I guess. 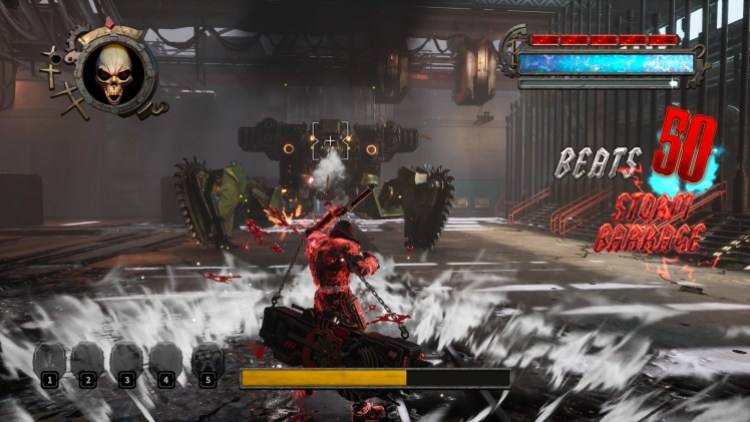 If you never played the earlier titles (and it really isn’t necessary, as Gungrave GORE features a full recap of both games, plus the story isn’t all that important, to begin with), they’re all about decimating large numbers of enemies. Grave is a reanimated person who walks around with two pistols and a coffin. He shoots things to pieces and swings the coffin around like it’s weightless. It’s almost surprising just how close the general gameplay feel of the game is to the last go-round. You can’t free aim as there’s no way to turn off auto-aim, but things feel more accurate and responsive than ever.

The main new addition is that Grave can use a hook to grab enemies to turn into temporary shields or throw them. Enemies close to death can be grabbed and executed to replenish Grave’s shield, which regenerates much like it did in the first game. When you’ve used enough attacks, a Demolition Shot will become available, which refills Grave’s health. Enemy variety has seen a distinct bump and the sheer number of enemies Gungrave GORE throws at you can easily beat you if you’re not careful. Grave can also use an even more powerful AOE pistol attack once you get a combo of 50.

I was very wary of Gungrave GORE prior to playing this demo. Now, though? I’m actually looking forward to playing more, as I’m eager to see what other tricks lay inside Grave’s coffin. But I’m also very curious to see if a couple of his undead pals from the past decide to try and haunt the proceedings one more time. Who would ever say no to more Rocketbilly Redcadillac? 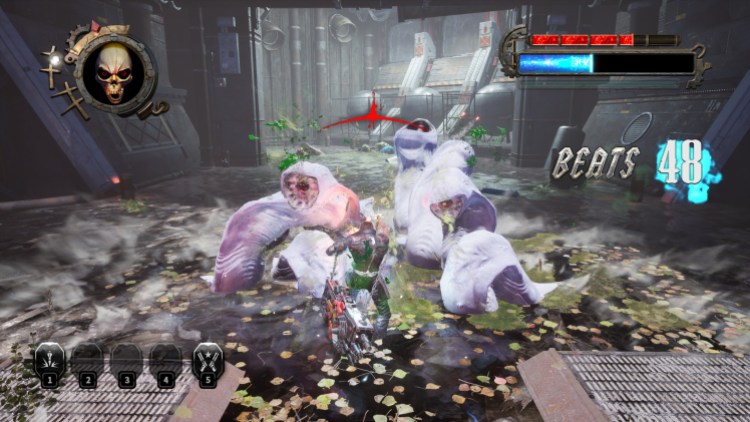