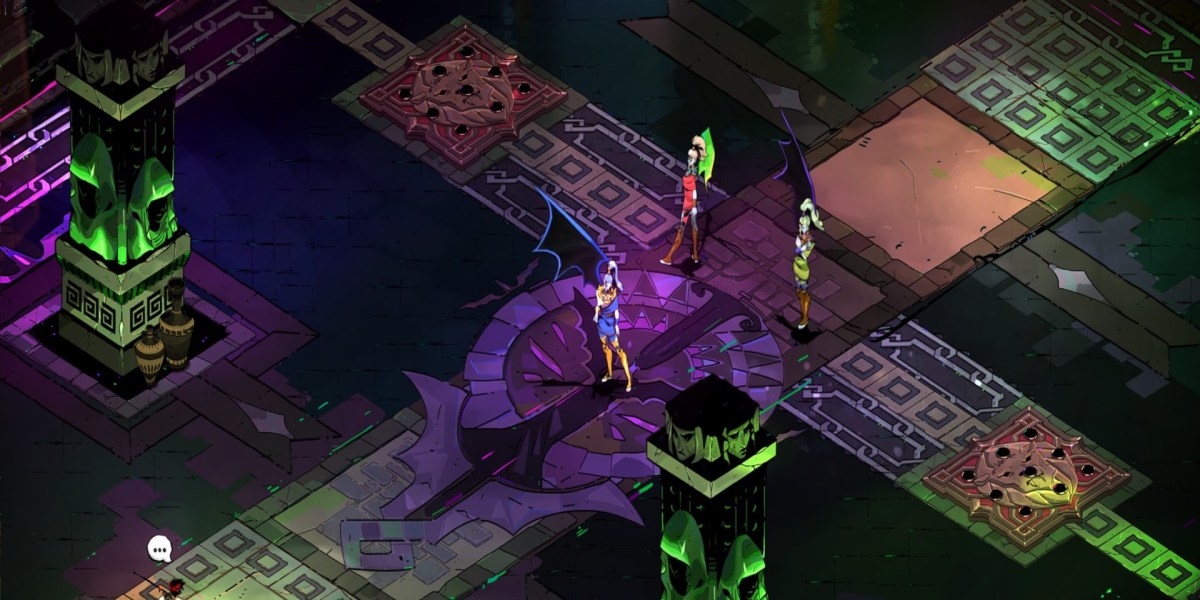 The Furies are the first bosses you’ll fight in Hades. You’ll always encounter them in room 14, the final chamber of the Tartarus level. Initially, only Megaera (or Meg) is available. But, as you complete more runs, parts of the story will be unveiled and her sisters, Alecto and Tisiphone, will eventually become bosses in their own right. Here’s our boss guide to help you out. Given that Tartarus is Hades‘ first area, it’s likely that you’re only getting started with your build. You probably haven’t picked up all the skills/boons and upgrades that you want, so you’ll have to make do with what you’ve acquired so far. Don’t worry because the Megaera boss fight isn’t too difficult even if she has some erratic attack patterns. There are also a number of pillars in her chambers to make it easier for you to avoid damage. Megaera isn’t a tough boss fight at all, so you’ll just need to be aware of her attack pattern. Try to deflect her Shadow Bolt projectiles, while also staying away and dashing back and forth if she’s lunging towards you (for the Whip Swipe) or if she’s casting her Shadow Flame circles.

Later, if you managed to obtain Varatha, the Eternal Spear, or the Twin Fists of Malphon weapons, your attacks will be so blindingly fast that her HP will melt before your eyes. For skills, I usually prefer Ares’ Blade Dash and Slicing Shot. 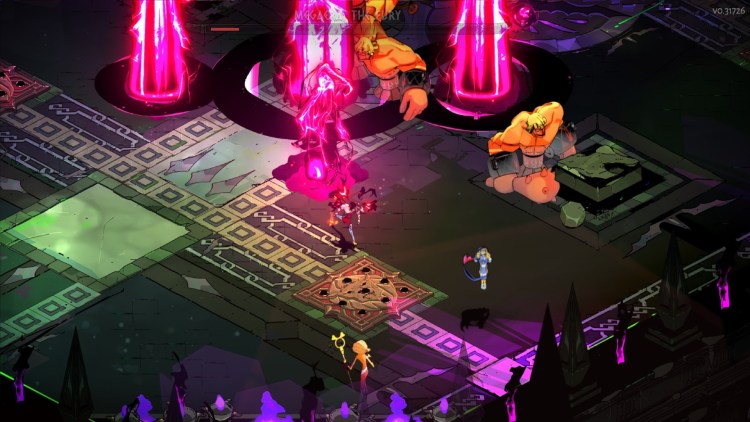 The Alecto boss fight in Hades takes place in a different arena with destructible pillars and lots of spike traps. Funnily enough, she’s actually easier to beat compared to her sister Megaera, and that’s primarily due to having predictable patterns that leave her open to attack. Your goal here is to nuke Alecto whenever she leaves herself open to attacks (which is fairly often). Her Rage build-up animation gives you precious seconds to do just that. Likewise, her Shadow Flame circles will have her just following you around. If you can use Blade Dash or Slicing Shot, then you can constantly damage her while she’s haphazardly chasing you, and she’d be none the wiser. 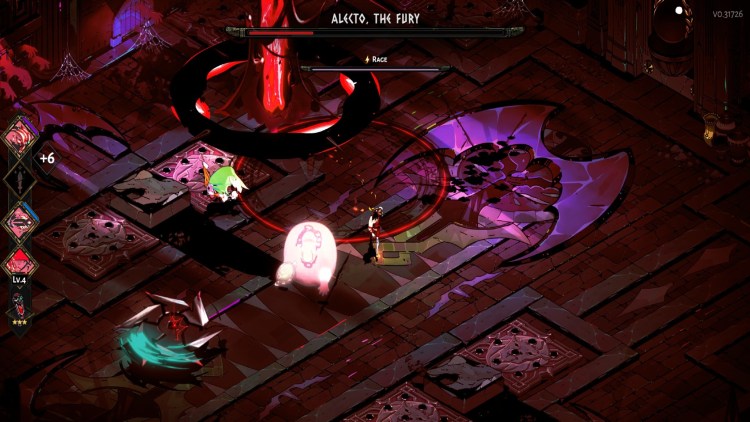 Tisiphone is the third and final Fury that can be encountered in Hades (after you’ve defeated both Megaera and Alecto). Unlike her sisters, her chamber won’t have pillars or traps; it’s just one big room where you can’t hide from her.

Tisiphone also won’t summon mobs as reinforcements. However, she will change the layout of the room (making it a lot smaller) at 75%/50%/25% HP.

Note: You’ll only encounter Tisiphone after defeating Alecto at least once. Because there are no obstacles, traps, or adds, you’re free to focus solely on Tisiphone. Of course, because her attacks can be blindingly fast and punishing, you’ll want to time everything right to ensure that you don’t take a lot of damage or get stunned.

Again, your dash and cast skills will be very helpful here since you can just move around and let those skills do damage. Likewise, since Tisiphone will make her room smaller at certain HP thresholds, this will ensure that your casting skill will hit her multiple times. Completing Hades‘ Fury boss fight will reward you with Titan Blood. This resource can be used to upgrade weapons or unlock new weapon aspects in the House of Hades’ training room.

Titan Blood can only be rewarded if you’ve defeated them using a weapon at a higher requirement for the Pact of Punishment. If you’re unable to meet this requirement, the boss fight will only net you 40 darkness crystals. 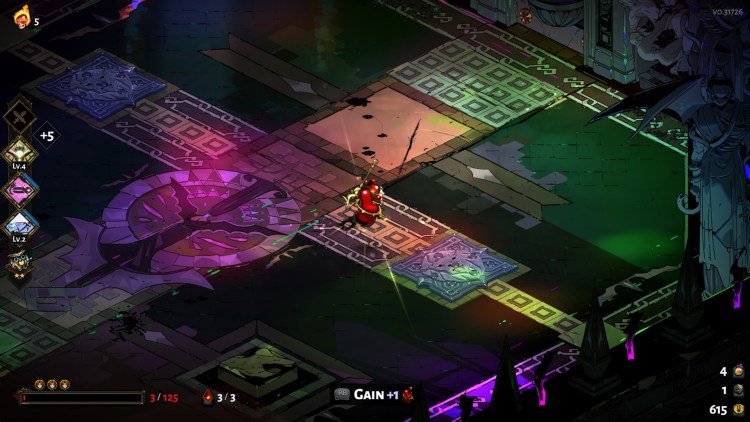 Players who defeat Hades at least once will unlock the Pact of Punishment progression system. This will present additional modifiers that’ll increase the difficulty of your runs. 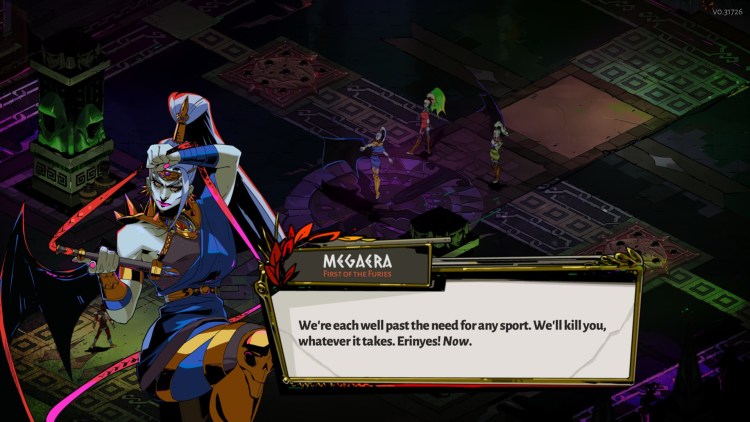 One of these modifiers is “Extreme Measures” which changes the mechanics of boss fights, including the battle against the three Furies. When “Extreme Measures” is enabled, it’s possible for you to face one of the three Furies as the main boss with her two other sisters giving support — ie. Alecto as the main boss; Megaera and Tisiphone providing support. 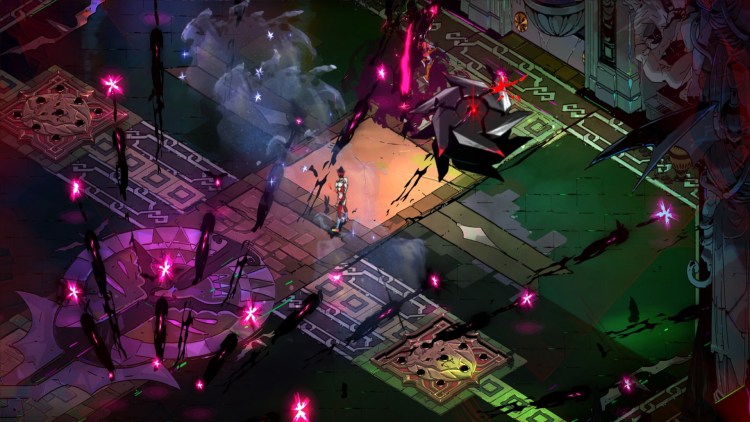 The main boss will retain the same attacks as before. The support bosses, meanwhile, only have a couple of attacks and cannot be damaged. That means your sole focus should be chasing down the main boss while just being aware of what her two sisters will throw your way. Here are the support spells depending on the Furies that are present: 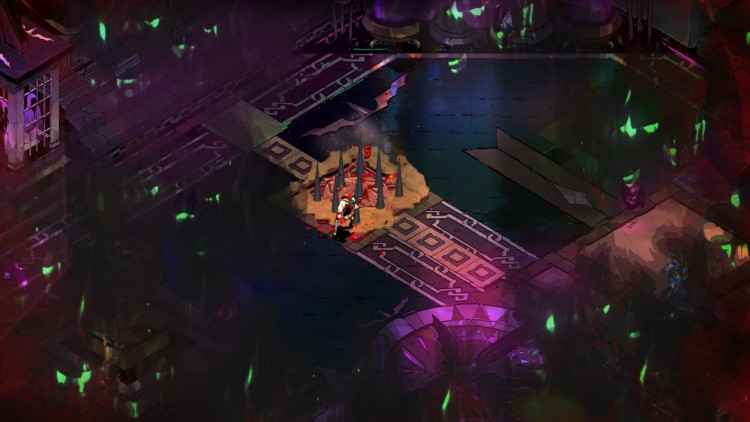