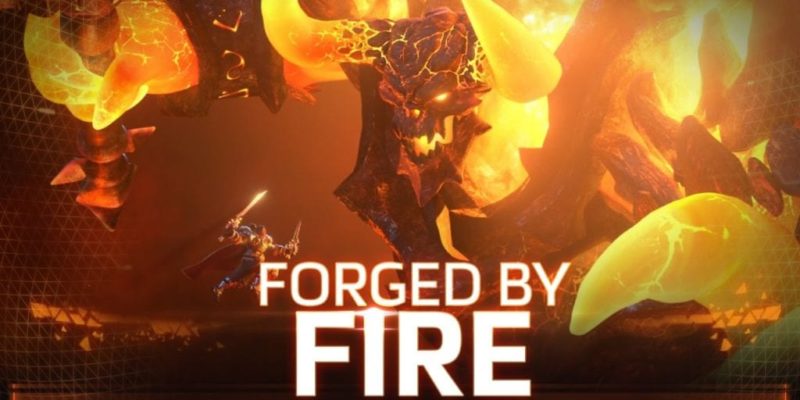 Earlier today, BlizzCon had some announcements about Heroes of the Storm; namely, that Varian Wrynn and firelord Ragnaros will be coming to the PTR next week. The two new heroes are outlined in a promotional trailer, which you can see below. They’ll go fully live on 15 November.

In addition to that pair, Heroes of the Storm will be getting an asymmetrical battlefield called Blackheart’s Revenge. It’s a first attack/defend style brawl for the game (one team protects Blackheart’s ship, the other collect’s cannonballs to fire at the pirate’s vessel), and is also said to be coming on 15 November.

BlizzCon saw the announcement of the Nexus Challenge, too. In return for playing some Heroes of the Storm with friends, you’ll gain rewards for the game (and, in one case, for Overwatch). You need to do the following: “party up with one or more of your friends and play at least 15 Heroes of the Storm games in Co-op vs. AI, Quick Match, Unranked Draft, or Ranked modes between November 15 and January 4.” That’ll get you an Oni Genji skin, portrait and spray for Overwatch, and Zarya plus Oni Genji portrait for HotS.

For those who go game-crazy and play 30 games under those conditions, there are further HotS rewards to be had. Full details can be found here.