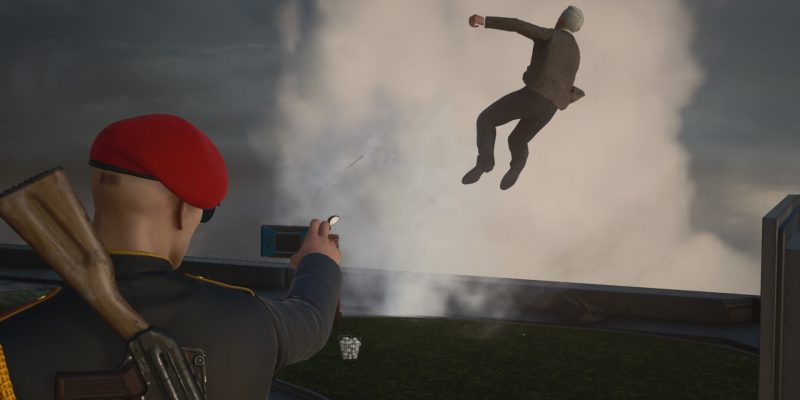 These two targets in Hitman 3‘s Dubai level can be killed at the same time towards the end of “How the Mighty Fall” since they’re both chilling in the penthouse lounge.

Activate the secure room of the lounge. While Grey’s video message is playing, both targets will move close to each other.

Shoot the chandelier and watch them get crushed. 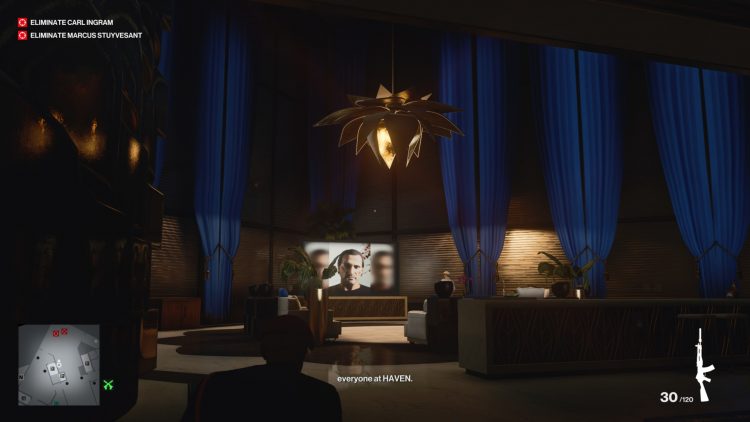 Don’t activate the security barriers of the lounge. Instead, line up your shot and take both of them out.

Go to one of the hallways near the penthouse’s living room area. You’ll spot an evacuation panel and two parachutes.

Grab a knife from the kitchen and puncture these. 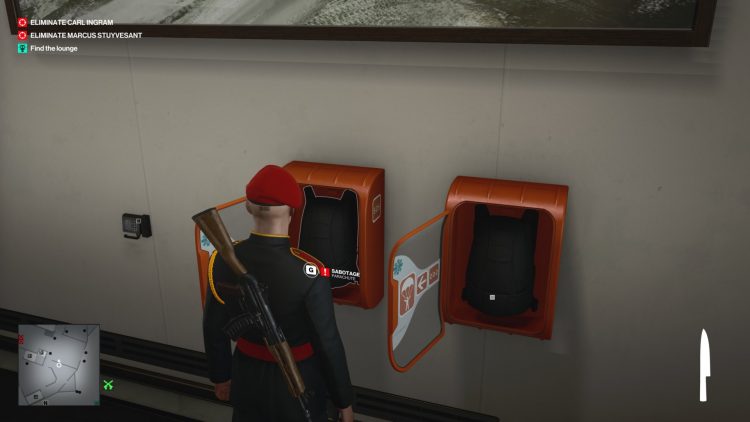 Next, activate the lounge’s secure room and hide inside the basket. Wait for Grey’s message to finish playing and don’t do anything (just stay hidden).

Eventually, Ingram and Stuyvesant will be evacuated by their bodyguards. If you’re using a penthouse bodyguard disguise, try to avoid NPCs who think you’re suspicious. 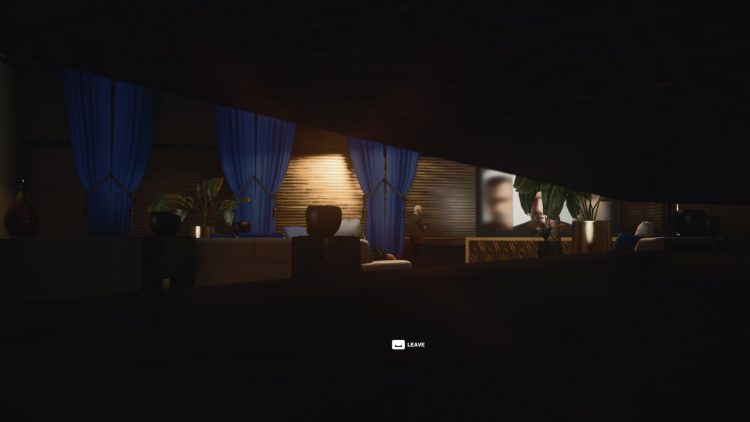 Eventually, the two will be led to the terrace (where the golfing area is). They’ll try to escape by parachuting, and a timer even counts down. If you sabotaged their parachutes beforehand, they’ll plummet to their doom.

Next, let’s talk about the Versatile Assassin challenge and generic kills. 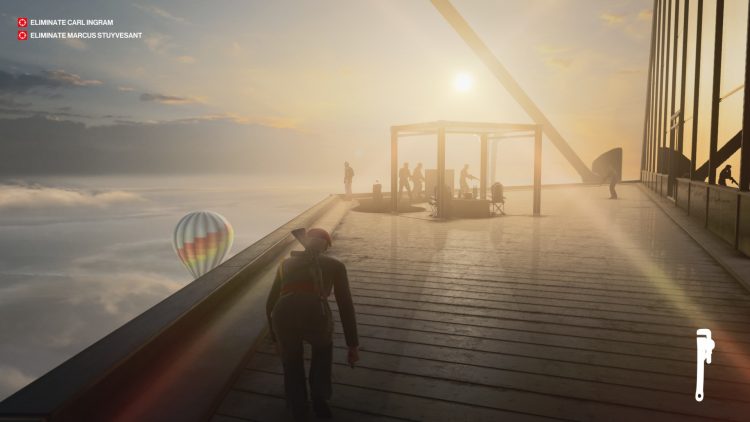