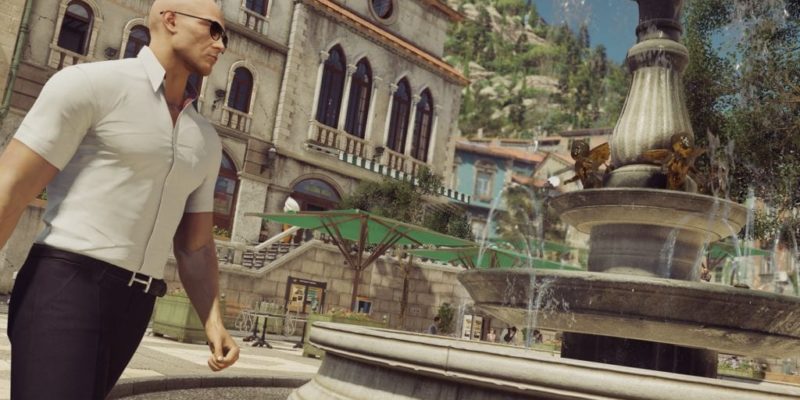 Ahead of next week’s release of Episode 2, Hitman has been updated on PC with a number of encouraging changes. The patch should be available through Steam right now, and weighs in at around 2.30GB.

After this patch, rather than being dumped back to the main menu if the game’s server (or your own connection) hiccups, it’ll be possible to try to reconnect instantly and resume play with no lost progress. You’ll also be able to hide challenge descriptions in the main menu, or make them less verbose with a ‘minimal’ option. In addition, 47 will now holster small items like pistols. And, on PC, it should now be possible to change resolutions in windowed mode.

Reconnect Option
If a player is playing in online mode and gets disconnected during gameplay, they will have the option to immediately reconnect and resume play without losing any progress, instead of returning to the main menu.
[Available now on PC. Available in a future update for PS4 & Xbox One.]

Immediate Challenge Awards
Challenges are now awarded and saved immediately upon completion, rather than when completing a mission.
[Available now on PC. Available in a future update for PS4 & Xbox One.]
Loading Times
Significant improvements to load and restart times across all locations.
(Reduced by approximately 50% on PS4 and Xbox One)

Dropped Items
Disguises, weapons and items that are dropped are now shown on the in-game map.

Holstering animation
Added an animation for 47 holstering a small item, such as a pistol.

Escalation Contracts Improvements
– The list of complications and objectives are now viewable during gameplay and the planning phase.
– Players can now easily see from the in-game menu how many stages of each Escalation Contract they have completed. (e.g 3/5)

Recommended Settings
The Game Launcher will recommend graphic settings based on player hardware.