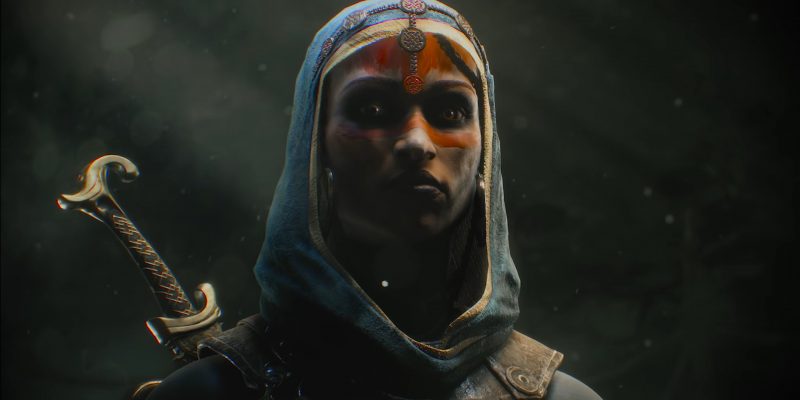 Last year, Focus Home Interactive and Sumo Digital revealed their project, Hood: Outlaws & Legends. The name alone might suggest a GTA clone of sorts. However, the actual game has much more interesting roots as an evolution of a dark Robin Hood tale. As more updates have rolled in, we now know it’s a PvPvE-style game consisting of heists and surefire arrow shots. Today, a new roadmap for Hood: Outlaws & Legends revealed that whoever buys the game will get a year’s worth of free content.

Those already antsy to dawn their hood and draw their bow can purchase the Year 1 Edition. This version will deliver a slew of upcoming content, including three planned battle passes and promises unlockable cosmetics.

It seems that Focus Home Interactive and Sumo Digital are being very methodical in the planning when it comes to updates for Hood: Outlaws & Legends. The new plans layout the first year of content, which is broken up into four seasons called Litha, Samhain, Yule, and Ostara. The seasons are then utilized to distribute new events, cosmetics, and promised “major” free gameplay updates. As the graphic shows, a new map will also be a part of the first-year drop. The map, called Mountain, will “arrive shortly after launch” and is made up of two areas with a connecting bridge system. There will no doubt be opportunities to call upon your inner archer and snipe some baddies from a distance. However, it’s also made up of “tight, coverless overpasses,” ensuring you better have your wits about you before making the trek.

Watching the trailer below, you’ll get a better feel for all the upcoming content, including the “bloody” teased game mode. If you don’t have the patience to watch it until the end, there’s also a tease for a new Outlaw, by the name of Eidaa.

Hood: Outlaws & Legends launches on May 10 for $29.99 USD. If you plan to preordering, doing so will grant you access three days prior to the official launch. It will also provide you with the Forest Lords free cosmetic pack as a reward. The Year 1 Edition will run you $49.99 USD.