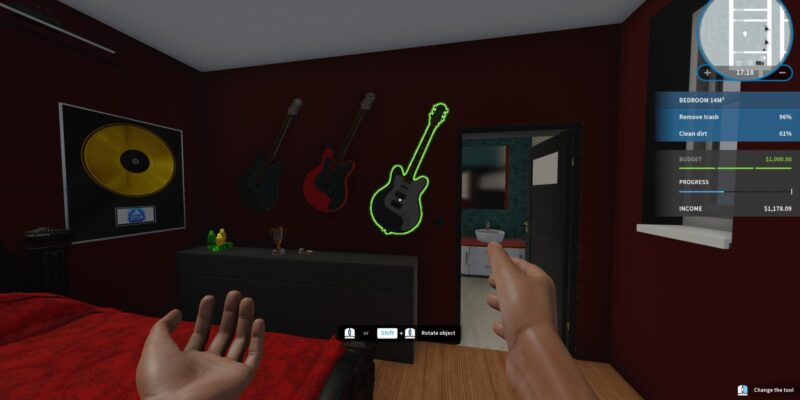 It’s been almost a year and a half since House Flipper‘s last big DLC, HGTV, was released. It added a bevy of new items and houses to fix up, as well as a map that let you choose what you wanted to work on. Developer Empyrean has returned again with House Flipper‘s Luxury DLC, offering another suite of new jobs and new items. There’s a lot of new stuff here and, even after putting some hours into it, there’s still a lot more to see. But the question stands: is House Flipper‘s Luxury DLC worth it, or are you better off with what you already have?

Once again, you’ll find the new content on your laptop via the maps section. Luxury has an entire new map to peruse. Just like last time, you need to complete each level to unlock the house for flipping in your browser. Each level has a character or characters associated with it who are fully voiced and explain their situations to you. You’ll find a rich college boy whose friends trashed his father’s yacht during a party, a couple who are left with an unfinished house by dishonest contractors, and even an obvious parody of the protagonist of 50 Shades of Grey.

The levels themselves are traditional House Flipper. You enter the property, clean it up, and then apply decorative touches that the client has requested. One new thing is that you’ll occasionally take damaged items to your workshop for restoration, such as fixing up an anchor from the aforementioned yacht. These are cool and a neat addition, even if I’m not sure they quite fit with the rest of the content. Then again, this game also has gardening and pet DLC, so I suppose it’s not all that strange after all. 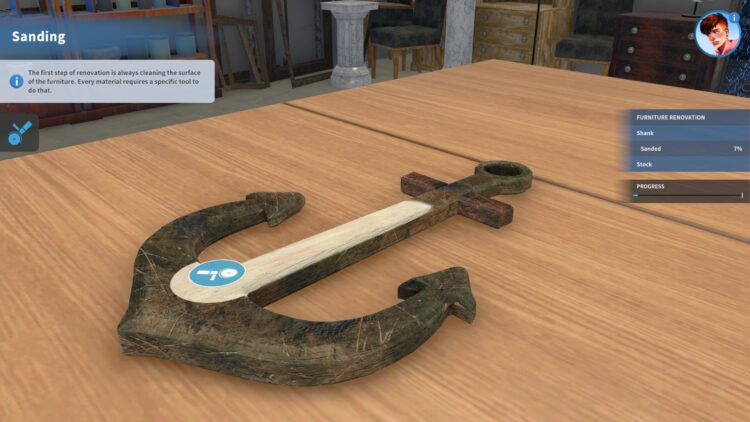 Flipped off by the golden bird

As the name implies, Luxury brings more luxury items to House Flipper. Granted, the houses in the base game were already pretty nice, but this DLC kicks up the lavishness. The yacht level is the first one, just to show you that Empyrean are serious. Not only are there fancier locations, but there are plenty of gaudy new items to gawk at. There are tons of paintings, chandeliers, and other expensive purchases. You place a piano in the Christian Grey parody’s apartment. Oh, and there are indoor pools. One of my favorite aspects is how his apartment features a movie room that he has you change into a gaming room, with a console, 85 inch Tv, and gaming PC, complete with a curved monitor and gaming peripherals.

No matter how you shake it, this is a substantial piece of content that adds a lot of extra hours to a game that already had plenty to do. If you’re a House Flipper fan looking to decorate some new locations, you’ll very likely be satisfied by what’s on offer here, so the Luxury DLC is absolutely worth it. What other game lets you buy your own yacht and stuff it with nothing but pianos and refrigerators? I don’t think there is one. That sounds like a pretty kickass yacht, though, doesn’t it? 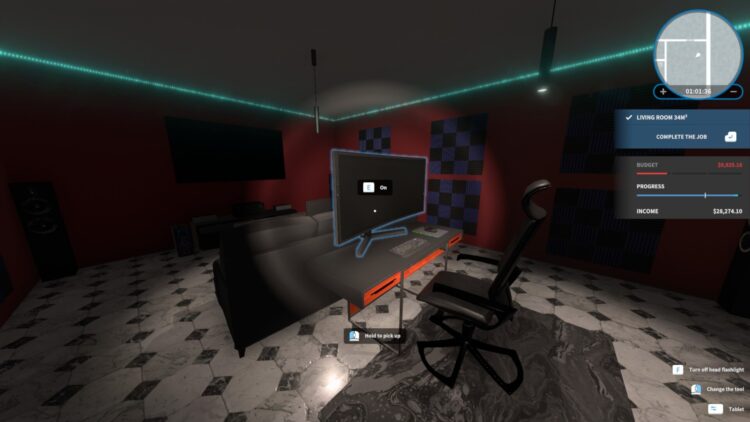