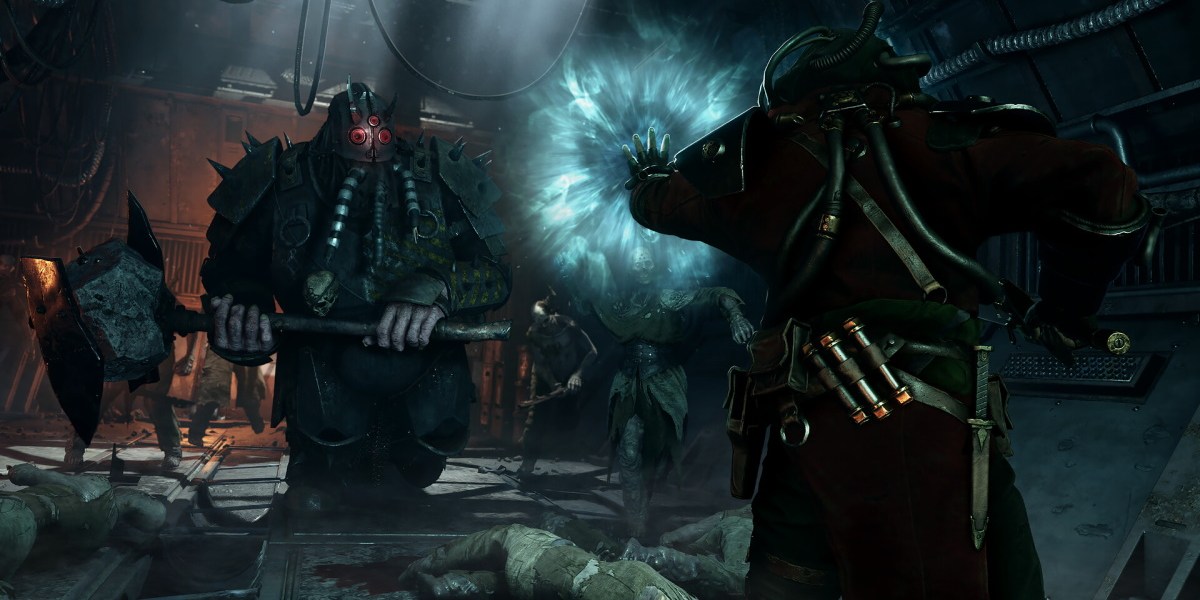 As a co-op game, Warhammer 40K: Darktide will always be better played with friends. However, things may not always go to plan — as is the case when scouring the hive. Recently, a new error has began to haunt players. Following patch 1.0.7, Darktide players began to experience a ‘Disconnected from Server’ error — aka, error code 2003. For the most part, the error code seems to be rare. However, if you happen to run into it, there are a few things you can do to fix the ‘Disconnected from Server’ error in Darktide.

Patch 1.0.7 included an update that added “codes to be displayed alongside errors.” Likely, some have already dealt with disconnect issues. Except now, you have a code for it (nice). Players have reported that they receive error code 2003 when they get disconnected, and it’s causing some frustration. 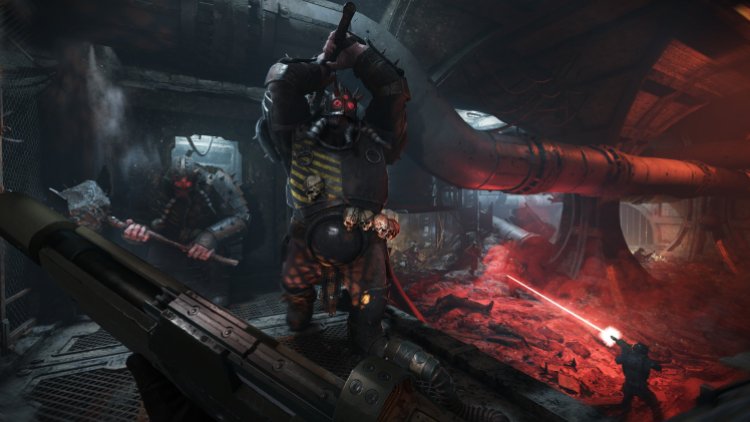 There are a few things you can try to fix the error. Your first step, as always, is to try and restart the game to see if that fixes things. If not, then restarting your platform will be your second choice, following a restart of your router. Some players have reported that doing one or more of the three seemingly clears things up. If not, you can move onto the next thing.

Since Darktide is on Steam, you can easily scan and fix your files from the client. All you need to to is right-click on the game name, click on Properties, go to ‘Local Files,’ and then hit ‘Verify Integrity of Game Files.’ There’s a chance something got mucked up in your files, so this step will hopefully get your game back up and running. If not, then you may need to get a little drastic.

A Reddit user discovered that changing your DNS could fix connection issues, and may help you with the ‘Disconnected from Server’ error in Darktide. No one seems to know why, but hey, if it works, it works. In order to change your DNS, you’ll need to go to ‘Control Panel’ in your PC. Next, click on ‘Network and Internet,’ then ‘Network and Sharing Center.’ Once there, you’ll see ‘Access type’ and ‘Connections’ on the right. Click on the option next to ‘Connections’ and then hit ‘Properties.’ You’ll see an item called ‘Internet Protocol Version 4 (TCP/IPv4).’ Double click on that, go down to ‘Use the following DNS server addresses’ and click the circle next to it. Enter 1.1.1.1 as your preferred DNS server, and 8.8.8.8 as your alternate. It should look like this when you’re done: 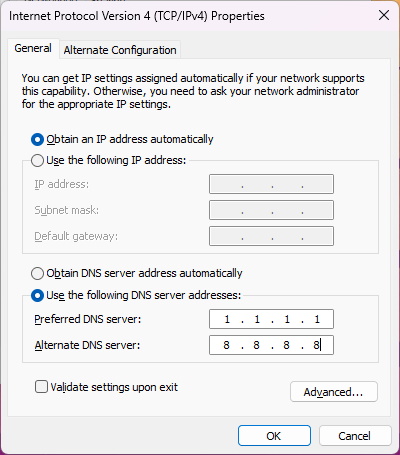 Click ‘OK,’ and give the game another shot. If that doesn’t work, then you may need to retry the above steps and consider reinstalling the game completely.

For the most part, if the above steps don’t work, then you may unfortunately need to wait for a patch. Since Darktide is a new game, there will be a lot of updates and plenty of errors and bugs to follow. Developer Fatshark will likely clear them up, but it won’t be immediate.