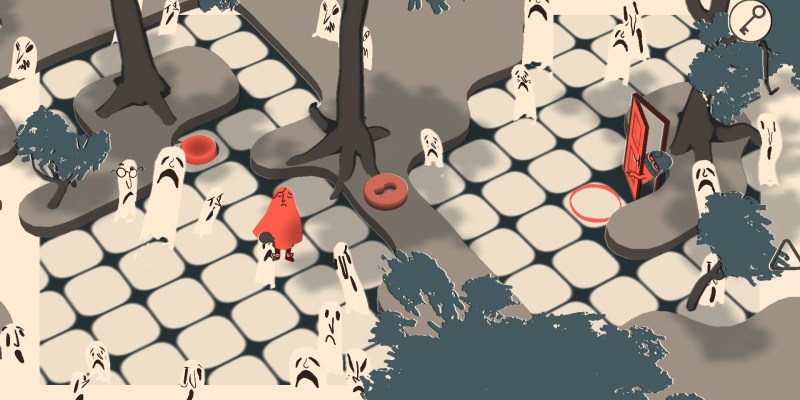 Games can be overly long and overly full, so when one comes along that looks beautiful and tells a complete story in less than 10 hours, I rejoice. How to Say Goodbye is a storybook-like game that walks players through the afterlife. It seeks to show an introspective look at loss, which I’m always interested in.

Despite having 16 chapters, How to Say Goodbye still manages to feel like a bite-sized experience. As you go through the chapters solving multiple puzzles, a rather simple but emotional story unfolds. It isn’t perfect, but it’s personal and genuine in its attempt to provide a different kind of game.

It’s very clear what How to Say Goodbye wants to achieve. The opening screen of the game gently warns you of the content in the game. It’s about death and grief, of course, but also about love and friendship. You begin the journey by writing a small obituary of sorts. You fill in the empty spaces with a name, pronouns, the deceased’s favorite food, and so on. And if that feels too overwhelming, the game also has a preset available. 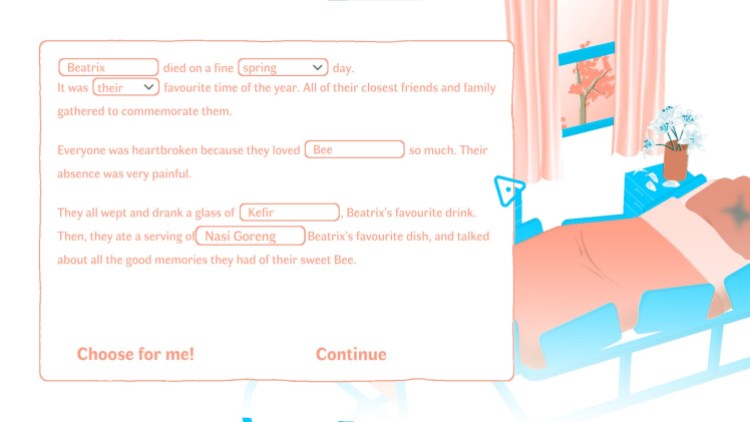 I was genuinely surprised when this screen came up. So many possibilities can come from playing as an already deceased character that you’ve created yourself. It’s almost therapeutic, as you’re able to go through the many processes of grief and personalize the experience however you see fit. You even create the ghost you’ll go through the 16 chapters as.

The developers have said they were inspired by children’s book illustrations, and the way that inspiration has been implemented is stunning. Every level looks detailed and colorful, but still muted and subtle. There’s an option to reduce dithering, which changes how hand drawn the game. While the design of the game drew me to it, I wasn’t expecting this aspect to be the strongest. 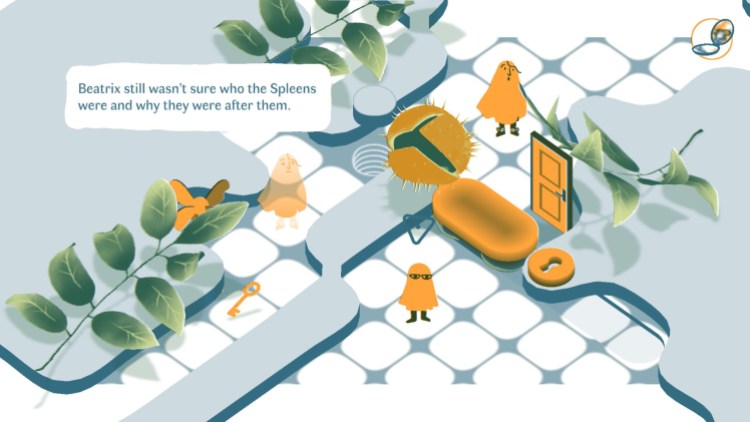 How to Say Goodbye is mainly story focused, and the gameplay simply revolves around puzzle solving. You click and drag pathways to move your ghost to the doors they have to pass through. Sometimes you’ll need to pick up a key, among other small items. For how simple the gameplay is, I wish it was a little more refined.

The puzzles weren’t difficult, but neither were they always clear. Obstacles would block paths simply for decoration, but there were also obstacles meant to hide parts of the puzzle, and the clunkiness of the movement made that difficult to see. Clicking and dragging tiles to move your ghost to the exit door often feels iffy, especially with the more complex puzzles later in the game. How to Say Goodbye is so steeped in its atmosphere, and the gameplay quirks would end up taking me out of the moment. When they worked, they were a relaxing way to physically move through the narrative. And when they didn’t, well… 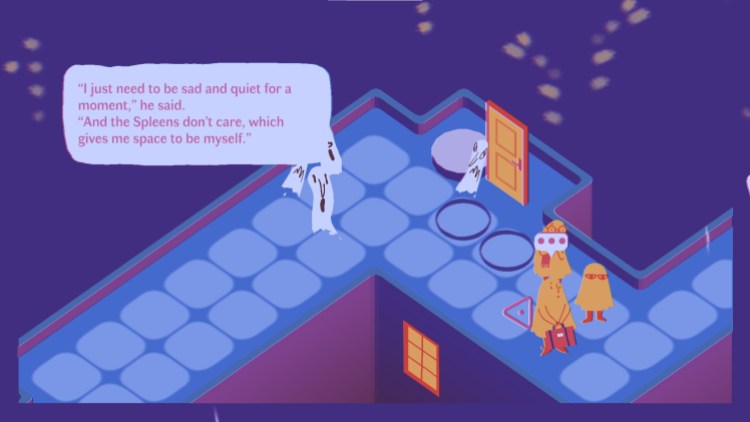 I also wish the music didn’t feel so opposed to the content of the game at times. How to Say Goodbye isn’t meant to be a gothic tale, but the music would sometimes take on a whimsical note right after a serious event. It just seemed oddly disconnected from what was happening. I really appreciated it when the music got a little quieter and introspective.

That dissatisfaction extends to the story itself, as well. It lacked some of the impact I was hoping for. The narrative stays pretty straightforward and clear, but it felt underwhelming in comparison to the message it gave. It’s unfortunate because the story is compelling! You get multiple perspectives from different people who have died, but you’re walked through all the emotions you’re meant to feel, which doesn’t leave much room for actually feeling them. 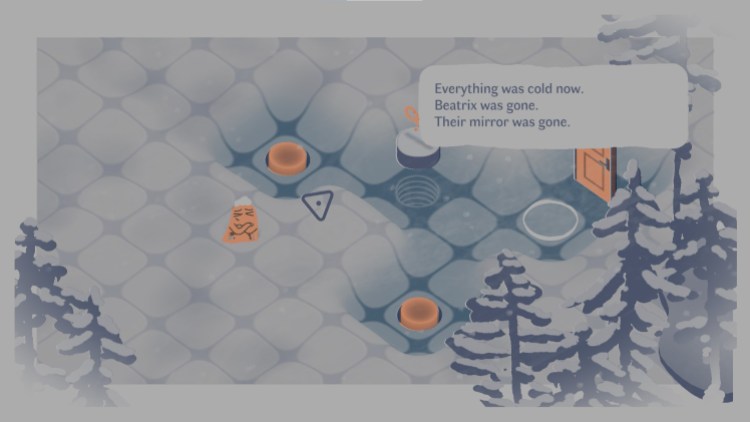 I’m clearly a bit conflicted over How to Say Goodbye, mostly because I wanted something that explored a darker side of grief while still being sensitive to the subject. At the end of the day, How to Say Goodbye does what it sets out to do, only with a bit of clunkiness.

For a four-to-six hour game, it was able to tell a complete story and wrap up all the emotions presented. Despite some of the disappointment I felt at the end, I still find How to Say Goodbye to be a beautiful game where you can explore death in a way that’s geared towards healing and understanding.

How to Say Goodbye

How to Say Goodbye explores the afterlife from a more personal point of view, with a focus on healing at your own pace. If you can ignore the sometimes clunky puzzle solving, this is an easy day-length game to play when you want a lighter approach to death.

How to build the best Modern Warfare 2 STB 556 class