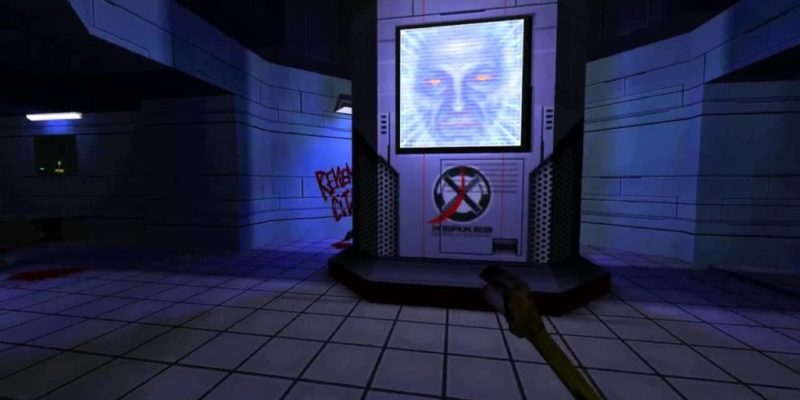 Hardware and peripheral reviews can be a bit of a weird sub-set of videogame coverage. Headset reviews in particular can sometimes drift into a strange area where the writer gets mesmerised into sharing utterly tedious photographs of the box. Or listing a bunch of technical specs from the oft-provided reviewer’s crib sheet. Stuff like “Nominal impedance: 60 ? per system”; as if those terms mean anything to most readers.

You won’t get that here. I’m going to assume that anybody arriving here wanting to know about the HyperX Cloud White will mostly be interested in how audio sounds through them. And whether the mic is any good. Perhaps whether they feel comfortable or not. You will get all of that. Plus this bonus joke about the headset name sounding like an elaborate euphemism for crystal meth.

I promise to keep the glossy promo shots to a minimum.

To get the obvious out of the way, this latest version of the HyperX Cloud was provided to IncGamers by Kingston, via Reverb Communications. It is (as the full name suggests) a white version of the previously released red and black HyperX headset. If you’re at all familiar with the European QPad headset range, the HyperX Cloud is pretty much a QPad QH-90 for North America. That’s not a bad thing, because the QH-90s were Takstar Pro 80s with a mic added.

If you don’t recognise any of those brand names, that’s not really a problem. The important point is that this headset started life as a thoroughly respectable pair of music-focused headphones. Ones that audiophiles might even think about recommending with potentially confusing phrases like “fast decay” and less confusing ones like “good for the price.” While the HyperX Clouds are aimed at gamers, the best way to determine the quality of headphones is always to listen to some music with good dynamic range.

I used to do a bit of album reviewing around the time terms like The Loudness Wars and ‘over-compression’ started to creep into more mainstream usage. My old Stylus Magazine colleague Nick Southall wrote an enlightening and much-linked article on the topic. In (very) short, compression-abusing production can make music sound monotonous and wearying through decent headphones. To test the HyperX Cloud Whites I listened to an album mentioned in that linked piece, Mark Hollis’ solo album, and one that wasn’t; Kate Bush’s 50 Words for Snow. Both have expansive dynamic range and avoid any compression traps. CD versions of course, not lossy mp3s.

When it’s 100 degrees outside, you need an album all about snowfall.

As the audio lineage of these closed cup headphones would imply, they perform rather well in tandem with thoughtfully produced albums. Attempting to describe the specific qualities of sound is a dangerous invitation for writers to start reaching for ridiculous (or, occasionally, wondrous) imagery. Instead, I’ll stick to some specific moments of detail. The HyperX Clouds are good enough to pick up the special minutiae that exemplary album production offers to the attentive listener. This may sound like a stretch, but you can hear Mark Hollis’ feet operating the piano pedals on his solo album. That, and the slight smokey husk in Kate Bush’s voice at the opening of “Lake Tahoe,” are details which would be lost in the murk of inferior equipment. It’s a clarity that comes from a mid-range free from the dominance of too-soupy bass or overly high trebles.

All of those nods to my audio-masturbatory heritage have a broader purpose. Game audio, really exhilarating game audio, thrives on similar moments of detail. In games, this tends to be environmental detail. Think of the essential situational awareness given to you by the environmental sounds of Thief 2: The Metal Age. Guard footsteps. Distant doors being opened on the mansion floor above. The crackle of a torch down the hallway.

The Metal Age is a bit of a faff to get installed and running on modern PCs, but Irrational and Looking Glass Studio’s equally audio-conscious title System Shock 2 is simple to launch from Steam. It also happens to be 15 years old this week, and just as terrific a game as ever. Rather than the medieval electro-punk noises of Thief, Shock 2’s ambience is the buzz and humming of futuristic equipment, the echoing groan of contorted cyber-flesh monstrosities and metallic footfalls. The closed cup immersion of the HyperX Cloud headset brought that oppressive Dark Engine sound design up nice and close.

Another PR-pleasing shot, but quite handy for showing all the HyperX Cloud adapter bits.

As well as jumping at randomly exploding electrical panels in Shock 2, I used the HyperX Cloud Whites to play significant amounts of Sleeping Dogs (a game from ages ago that I’ve still not quite finished.) This was less about picking out the finer details of Duran Duran’s “Girls on Film” while cruising around pretend Hong Kong and more about testing the headset for comfort. Despite the HyperX Cloud having leather ear pads (plus some optional Velour ones) and the temperature being in the mid-90s, they coped pretty well over two and three hour periods without falling foul of sweaty ear syndrome.

The headset has a sturdy design with what I assume is an aluminium spine running through the cushioned headband. This gives the headphones a certain amount of weight, but not to the extent of being a distraction over extended periods of use.

Both the headphones and the detachable microphone connect separately with standard 3.5mm plugs, and there’s a helpful extension cord for people like me who want to attach the headphones to nearby speakers but plug the mic into the front panel of the PC. Rather than attempt to describe the microphone quality, I thought it best to just record a short System Shock 2 video (below) with me waffling over the top of it. The game audio is a little low (that was my fault) and you’ll hear a bit of popping on the harsher P’s and T’s.

When attached, the mic comes across to the mouth on an adjustable stalk from the left-hand side. It’s possible that with a bit more positional fiddling than I have patience for, those pops could be mitigated.

The HyperX Cloud Whites provide the sort of audio quality you’d expect from a headset that basically started life as a respectable pair of specialist music headphones in the 70-90 dollar category. They may be marketed as gamer-centric, but their greatest strength is the mid-range clarity and detail. You get a neutral sound, one that doesn’t neglect the high and low end but also avoids being all boom and bass or harsh treble.

I have less experience with microphones, but the one supplied with the HyperX Clouds seems fine for general in-game use and adequate for more serious attempts at video or streaming. Just as important, the headset is comfortable over fairly lengthy periods of time. You even get a handy little mesh bag to store the headphones and all your unused extra adaptors in, if you wish.

Though not cheap, the HyperX Cloud White headset offers audio fidelity worthy of the price. The comfort, generous amount of included accessories and a pretty decent microphone make them easy to recommend for those enthusiasts willing to explore the $90 price bracket.

The HyperX Cloud White headset will launch during Gamescom on 13 August, with a recommended retail price of $90.

Space Hulk: Ascension Edition adds some RPG to its Terminators