I generally appreciate games made by Bossa Studios. I don’t always like them, mind you, but I appreciate them. With I Am Fish, I wasn’t quite sure what to expect. Would it be another trollish title, or is it a game that people could actually, y’know, enjoy? The answer is somewhere in between these two extremes. I Am Fish can be rage-inducing and questionably designed in spots, but it’s honestly a strong release. Between its wonderful visuals, fantastic art direction, tight controls, clever premise, and strong level design, it’s hard not to get swept up in its current.

I Am Fish starts out with four fish living in a tank at a pet store. They’re totally normal fish at first, but then the store owner inadvertently gives them some of the magic bread from I Am Bread and they become hyperintelligent. Shortly after, the four are sold to new owners. But, missing their friends, they all decide to escape and meet back up in the ocean. It’s a cute setup and the fish themselves are all adorable. Okay, maybe not the piranha. Initially, you play as the goldfish for the first three levels before unlocking more for the other three.

The game’s structure is simple: beat each of the fish’s three levels and you’ll unlock the finale. There’s also a bonus level if you meet the requirements. Sure, there are only 14 levels, but I don’t think this is too short of an experience. It can easily take seven or eight hours to play them all, depending on your skill level. The game even allows you to skip to the next checkpoint if you get stuck, so this is a more lenient experience, especially when compared to the torture of playing Surgeon Simulator 2. 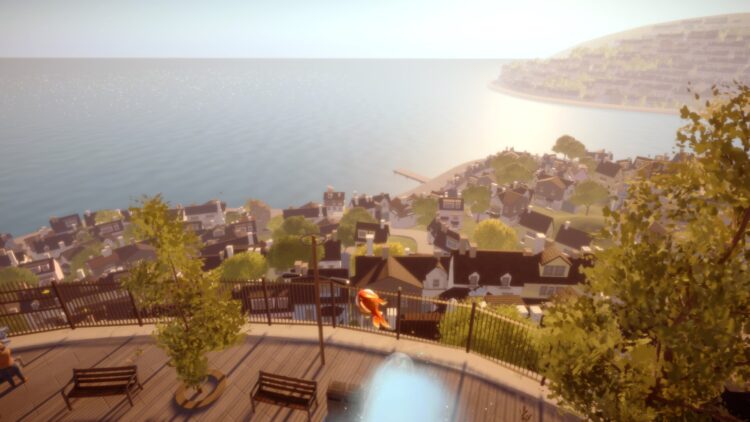 I Am Fish‘s first level begins with the goldfish in a perfectly round, sealed fish bowl that it can roll around in freely. The bowl will break if it falls from most heights. Once you roll it out of the home, however, you’re greeted with a bustling, colorful city packed with people and awash with personality. This game is gorgeous, often evoking the feeling of a high-budget CGI movie. There’s also a lot of variety to its locales, from the aforementioned cityscapes to quiet, green marshes, and even a hospital. The game also ties into Surgeon Simulator, featuring some callbacks that’ll be fun for people who played the second title.

The game runs quite well too, although it can be fairly demanding at times. On my AMD card, I had some crashes that shut my entire computer off on more than one occasion, further causing me to regret not buying Nvidia. As for controls, I Am Fish can still be played like other Bossa Studios games, but there’s a choice now. You can either control the characters via yet another convoluted, tricky setup, or you can use a ‘normal’ style, wherein the analog stick or keys move the fish directly instead of having to carefully positions its tail.

Three of the four fish have unique abilities that their levels are built around. The goldfish can’t do anything of note, but the piranha can bite things, the pufferfish can turn into a spiked ball, and the flying fish can glide. As such, their levels all feel quite different from one another. I especially love the pufferfish, which rapidly rolls down slopes. The flying fish is fun too, although its controls are a bit on the finicky side. It controls like a plane, and you have to be quite careful with it. The piranha, on the other hand, obviously bites things. 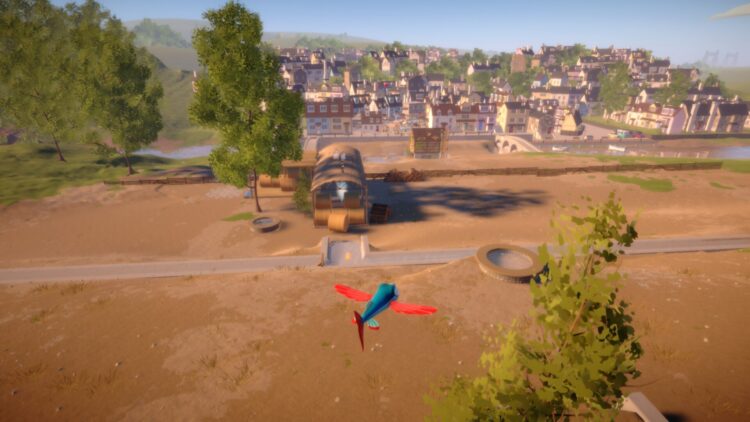 There’s a remarkable amount of different ideas on display in I Am Fish. One level has the flying fish glide its way across an airport. Another has the piranha sneaking through hospital hallways to avoid a surgeon. There’s always something clever to see around the next corner. The fish can move around in a variety of ‘vehicles.’ Not literal ones, of course. Fish bowls, bottles, wash buckets, and the like allow them to move around on land. It’s quite ingenious. Each mission rates you on how well you perform, granting a certain number of stars out of five.

If you want to unlock I Am Fish‘s bonus level, you’ll need to obtain not only 40 stars, but 40 of the game’s collectible: bread pieces. Yes, it’s the bread from I Am Bread, still. These are in hard-to-reach places, and doing well on these levels will take many players more than one try. So, there’s some replay value here, especially for anyone that wants to get 100% completion. There’s even a difficulty mode that doesn’t offer checkpoints. As some of the levels can take a while, that’s quite the tall order.

The last level is one of the best, as you have to switch between all four fish on the fly to solve puzzles. I really hope there’s a sequel where the entire game focuses on this aspect. Of course, I did run into some issues and aggravations while I played, but I only needed to skip to the next checkpoint twice during my time with I Am Fish. Once was during a section where I was meant to raise the water to escape from a room, but the level glitched and the exit wouldn’t open. The other was due to a section feeling borderline impossible. 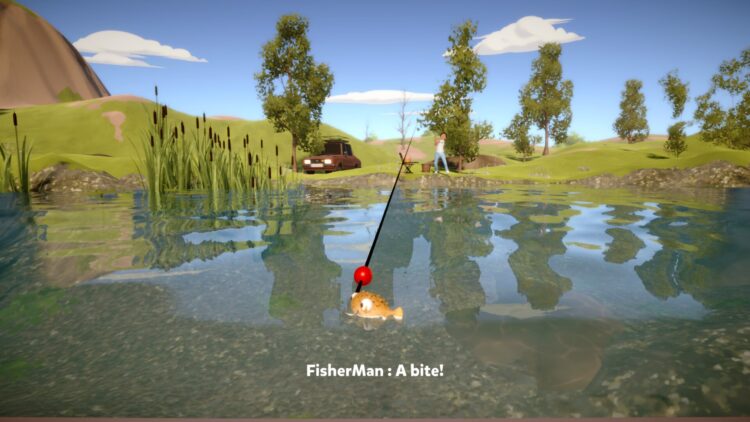 The fury of our maker’s hand

The final two sections of the flying fish’s levels are more maddening than anything in the rest of the game. The penultimate one requires you to glide between open suitcases filled with water, but whether or not you’ll be successful from one moment to the next is based on luck. It’s quite awful. Some of the signposting in the game can also be a little too vague, as I occasionally couldn’t see how to progress. There’s also this part in the last level where the piranha needs to bite and pull a lever that’s a bit too tall for it to normally reach.

I figure Boss Studios did a good job of reining in its trollish nature here, but it can’t help but slip out from time to time. This includes the first section where you’re attempting to roll in a fishbowl while seagulls fly at you. The seagulls can fly straight through solid matter and are oftentimes impossible to dodge, leading to serious frustration. Strangely, the other seagull sections aren’t nearly as bad as the initial one. Then there’s the part where I couldn’t figure out how to progress solely because a nonsensically-placed invisible wall blocked my progress for no good reason. These sorts of sections are the exception and not the rule, thankfully, as the game’s difficulty is mostly fair and even.

As far as I’m concerned, I Am Fish is not only the best game that Bossa Studios has made to date, but it’s one of the most unique, compelling titles I’ve had the luxury of playing recently. It’s beautiful, inventive, and enjoyable, even if it can still frustrate the hell out of you at times. 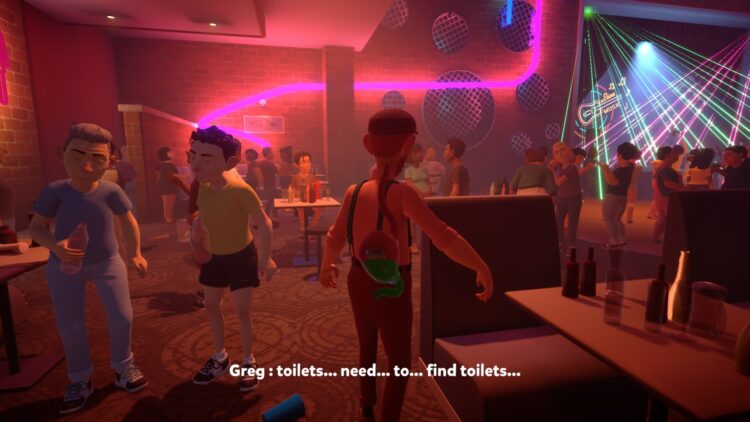 Gorgeous, creative, and ever so compelling, I Am Fish is a bold step forward for Bossa Studios, despite some aggravations.