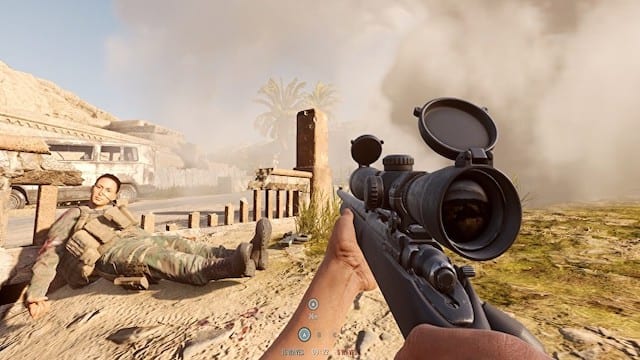 Just in time for its first anniversary, Focus Home Interactive is giving players the chance to jump into Insurgency: Sandstorm on the house.

The company confirmed that New World Interactive’s intense shooter is free to play between now and Dec. 17. Those that are interested can download the game and enjoy at this link.

What does Insurgency: Sandstorm have to offer?

This team-based tactical first-person shooter is all about doing your best in lethal close quarters combat. Players will discover an “improved, expanded and bigger” experience over the original Insurgency here.

Set in the Middle East, players will find themselves in a series of war-torn environments. It’s here that their mettle is tested against some tough competition. Utilizing Unreal Engine 4 technology, it pushes players to their limits, with beautiful imagery and visceral action.

In addition, Insurgency: Sandstorm also comes with an abundance of customization options. These include how you change up your clothing, uniforms, accessories and character voices. That way, you can truly make your character feel like your own.

To help promote the free week of play available on Steam, a new trailer has debuted on the Insurgency: Sandstorm YouTube channel. It features well over a minute of intense action, giving players a good idea of what awaits them in the free week period. You can check it out below.

The demo includes access to a full array of weapons, as well as the game’s numerous modes. These include Frontline, Hardcore Checkpoint, Frenzy and Domination, all with their various rules. You’ll want to try each one out and see which one becomes a favorite.

Also, if you like what you find with the game’s trial, you can purchase it for fairly cheap. For the length of the promotion, through Dec. 17, it’s just $15. It’s ready to buy here, in case you like what you play over the next few days.

Contest: Don’t get left behind – get in on the Cardpocalypse

Humankind lets you create and customize your own leader