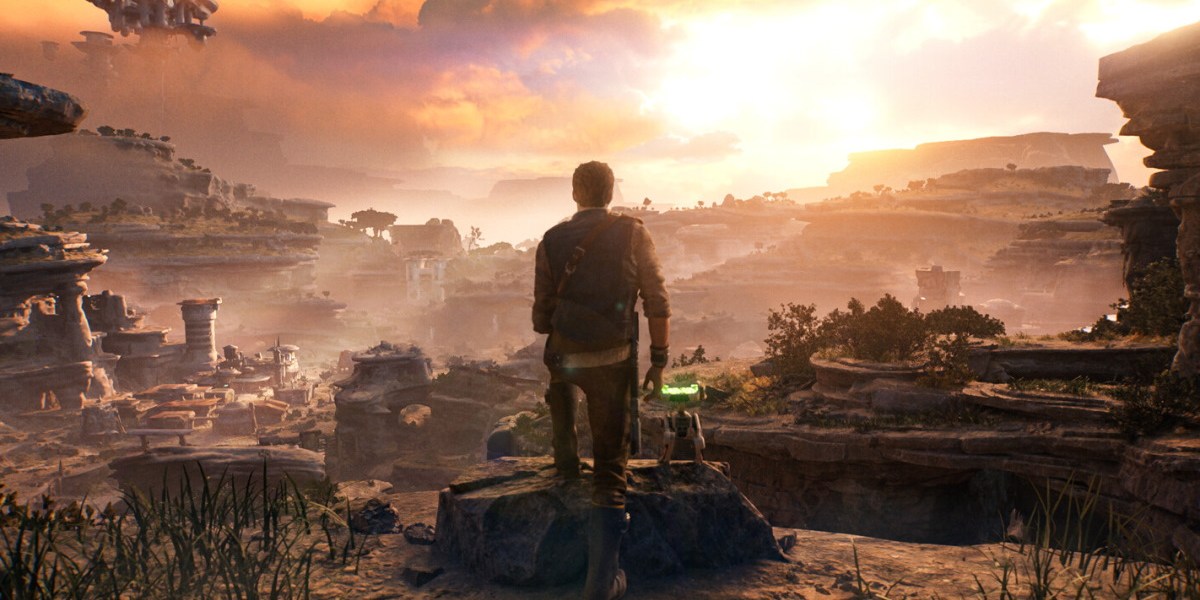 As Cal Kestis’s second adventure through the galaxy far, far away approaches, we’ve been learning more and more about the new game, including new or returning characters, mechanics, combat moves, and system requirements. Here’s everything we know about Star Wars Jedi: Survivor.

One of the first things we know about Star Wars: Jedi Survivor is the release date, March 17, 2023. Just like the first game, it will release simultaneously on most current platforms: the Xbox Series S, Xbox Series X, PlayStation 5, and PC.

In terms of the story, here’s what we know so far: five years have passed since the end of the first game, and the Empire is only getting stronger during this time. We’re still set in the time period between Revenge of the Sith and A New Hope, so the Empire rules the galaxy with an iron fist, hunting down any remaining Jedi. The first game left things pretty open-ended, so Cal and the rest of the Mantis crew can go in almost any direction. Direct story details in this direction are scarce, but we can bet Cal will run into his fair share of old and new faces.

Some of said old faces include Cal’s trusty companion droid, BD-1, who seems to be traveling directly with Cal just like in the first game. Another character confirmed to return in the sequel is the former Jedi Knight and Cal’s mentor, Cere Junda. After the first game’s events, Cere seems to be rediscovering her connection to the Force, as we see her in an area similar to the Jedi Archives in the trailer.

While they haven’t been seen in trailers or any promotional material, it’s safe to assume characters like Nightsister Merrin and Greez Dritus will at least make an appearance, given their prominence in the first game and status at the end. We also might be hearing from the Ninth Sister, one of the first game’s many memorable boss fights, since there was no direct confirmation of her death.

However, the trailer showcased a number of new characters on whom, sadly, there isn’t a lot of information. These include the mysterious white-haired Force user whom Cal releases from a Bacta tank at the beginning of the trailer, a duo of armored, lightsaber-wielding warriors who seem unaffiliated with the Jedi, Sith, or Empire, and a classic Star Wars-style swashbuckling rebel who seems like he might join Cal on some missions.

Another thing we know about Jedi: Survivor regards combat and gameplay. Respawn seems to have done a great job of keeping the Souls-like style of the first game while expanding on it in a meaningful way. Mechanics returning from the first game include the same climbing and platforming elements, with the new addition of a grappling hook for some vertical traversal. Judging from the trailer, there also seems to be a mount system for faster travel and/or a new ability where Cal can tame animals with the Force and ride on them.

The trailer also showcased a number of new and old combat moves and mechanics, including several of Cal’s Force abilities. Just like the first game, Cal can slow nearby enemies, pull them towards him, push them away, and block incoming blaster fire, all with the Force. In fact, Cal looks as if he can move and sprint around more freely while blocking than in the first game.

There were also several new moves showcased in the trailer, the most Jedi-like being one where Cal grabs an enemy with the Force, and turns that enemy’s blaster on their allies. Additional new moves include more freedom when switching between Cal’s three saber styles: single, double-bladed, and dual lightsabers, as well as combo moves with certain allies. The trailer showcased one of these combo moves with the new swashbuckling rebel character mentioned above.

Finally, those itching to experience the next chapter in Cal Kestis’s story on PC should be aware of the system requirements for Jedi: Survivor. According to what we know from the game’s page, minimum requirements include the following:

Meanwhile, the developer-recommended system requirements include:

You can pre-order Star Wars: Jedi Survivor at EA.com. Matt Henzel
Matt has been an avid gamer since he could hold a controller. From OG Ratchet & Clank, to Pokemon Emerald, to Halo: Reach, to Overwatch, Destiny, and Deep Rock Galactic. Gaming is a passion of his, and he can't wait to share it with you!

By Chirag Pattni18 hours ago
Features

By Andrew Farrell23 hours ago
Tech

By Matt Henzel4 days ago
Features