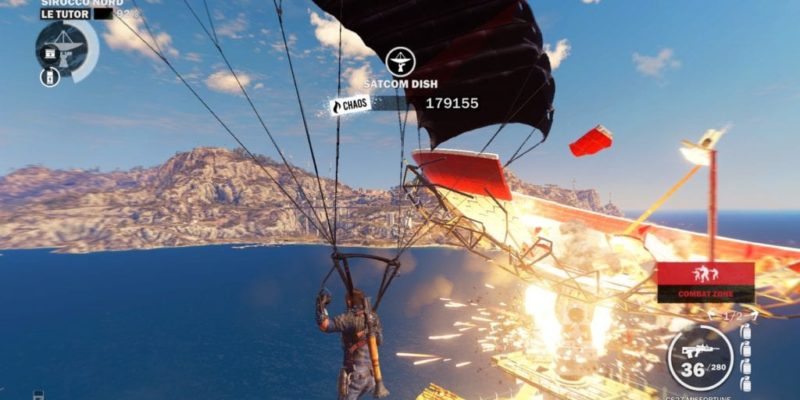 An update from Avalanche on the Steam community page for Just Cause 3 offers reassurance that the developer is still working on improvements and fixes, and predicts the next patch release as “later in the month”.

“Rest assured that we’re working on optimisations, bug fixes, performance enhancements and improvements,” the statement says. “We’re doing everything we can to get to the bottom of all the issues that are reported to us.”

While a portion of the Just Cause 3 team is working on this patch, the others are getting on with the contents of the ‘Air, Land, Sea’ Season Pass.

The first of these packs, dubbed “Sky Fortress” (the ‘Air’ section), is said to be “nearing completion” and will, according to Avalanche, “bring new missions, features and other exciting surprises to the skies of Medici.”

If you fancy some smaller DLC trinkets, the various pre-order bonus items are now on sale piecemeal from the Just Cause 3 Steam store. So you can get, for example, a ‘Rocket Launcher Sports Car’ for a couple of dollars (or equivalent). Not that the game really requires more ways for Rico to blow things up.