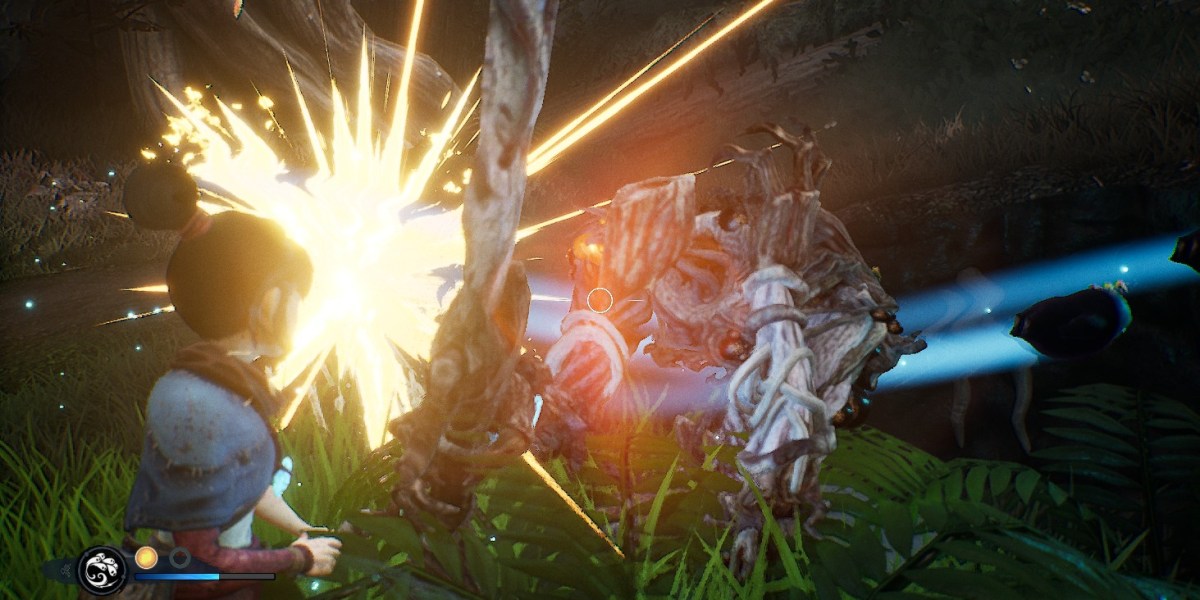 Kena: Bridge of Spirits is an indie game, but you wouldn’t know that from looking at it. It looks like a AAA title, although it doesn’t require much of a beefy setup to run. I’ve spent several hours with the game and am very impressed with many aspects of its PC version. We go over everything in our Kena: Bridge of Spirits PC tech review.

Well, now that that’s out of the way, let’s take a look at the game’s specs:

Yep, it’ll run with an R7 360 and GTX 650 Ti. That’s quite the reasonable setup. For me, the game runs very well, although not consistently. I tend to get a lot of variance between 60 and 80 fps while in certain areas. Smaller, more closed-off areas get me over 100, though. The fps can dip below 50 on occasion, but it’s not particularly common. I do get a few hitches here and there, but nothing serious. This is all with max settings at 1440p. Lowering the settings obviously can make a substantial difference, but overall I’m happy with the performance.

However, I have experienced a couple of crashes, both of which occurred after having the game paused for several minutes. Just like every other time this happens to me with an indie game, it’s probably my AMD GPU. It does it to me every time. One of these crashes was one of those weird ones, where my computer started glitching out more and more until it finally froze entirely. What a pain. Next up, let’s take a look at the game’s display and graphics options. 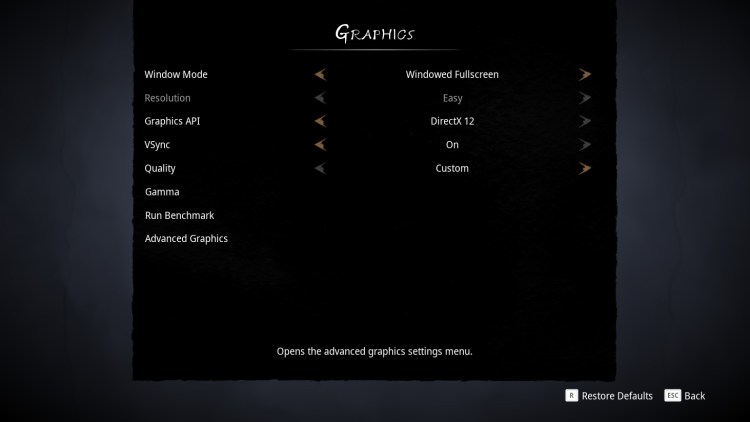 Resolution listed as “easy”?! That’s a first for me. I’m not entirely sure what that means, but I’m assuming it’s just “the resolution is the same as your desktop.” I guess that’s pretty easy. There’s a benchmark, but clicking it just immediately set my quality levels without showing me a stress test with fps. That’s not really a benchmark, Kena, that’s autodetecting settings. You can also choose your API if you prefer. 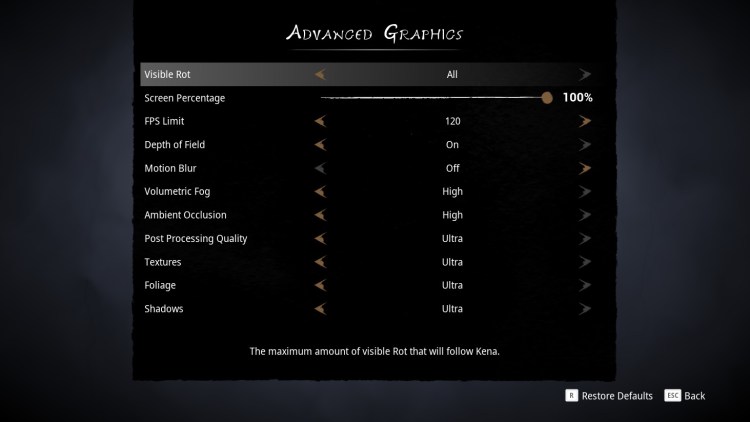 The fps can be set to uncapped or the various typical monitor refresh rates. There’s an option for everyone. Plus, the standard assortment of features, ranging from low to ultra settings. Regardless, Kena: Bridge of Spirits is a visually stunning game, so it’s great that it’ll run on most kinds of potato, sorry, PC. Here are some comparison images from low to ultra with textures, foliage, and shadows. 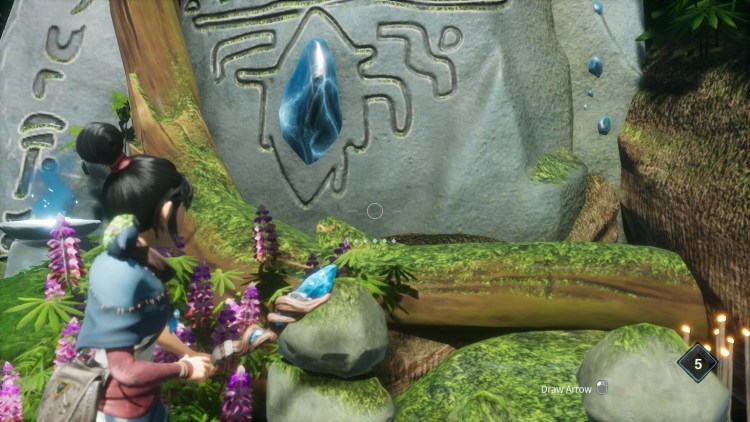 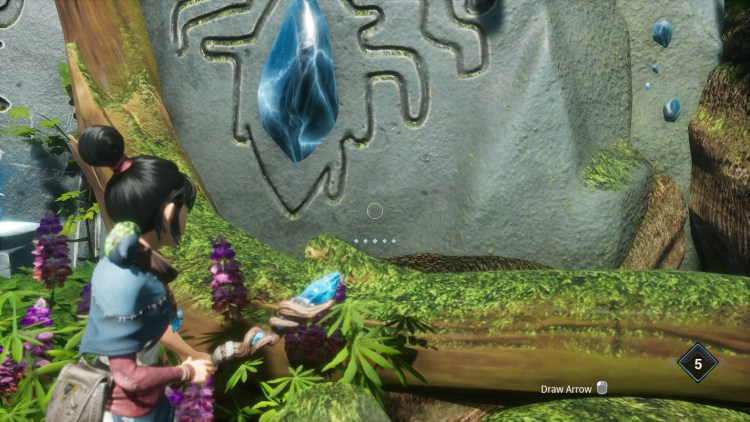 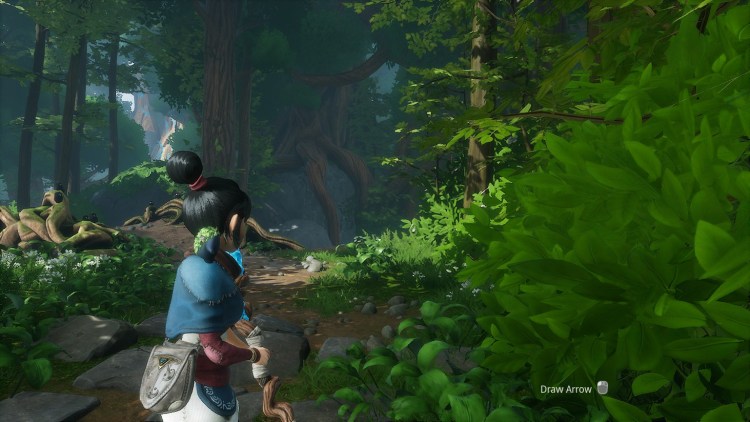 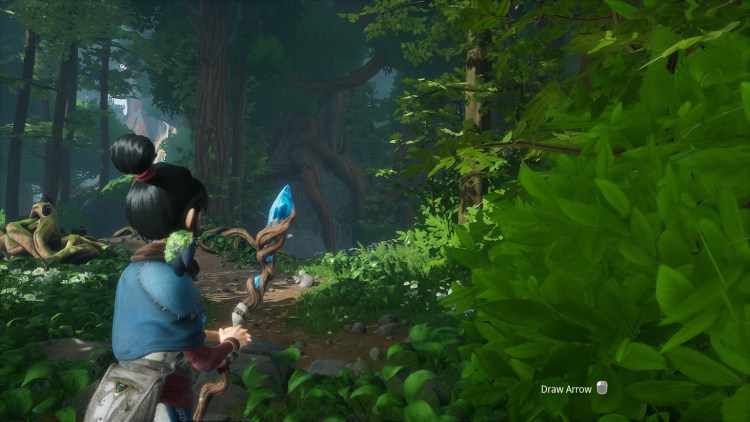 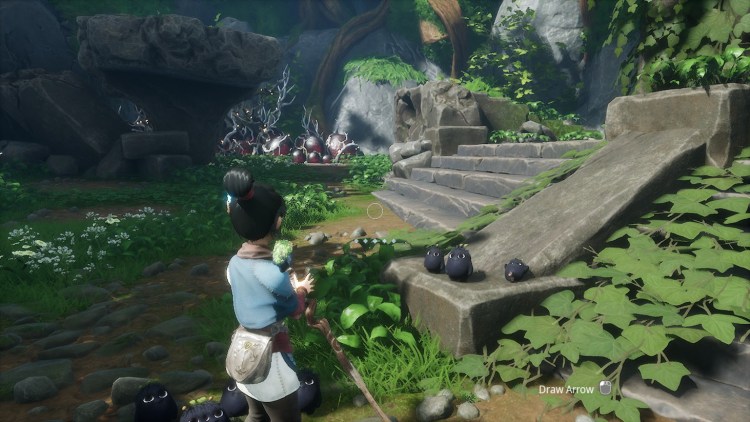 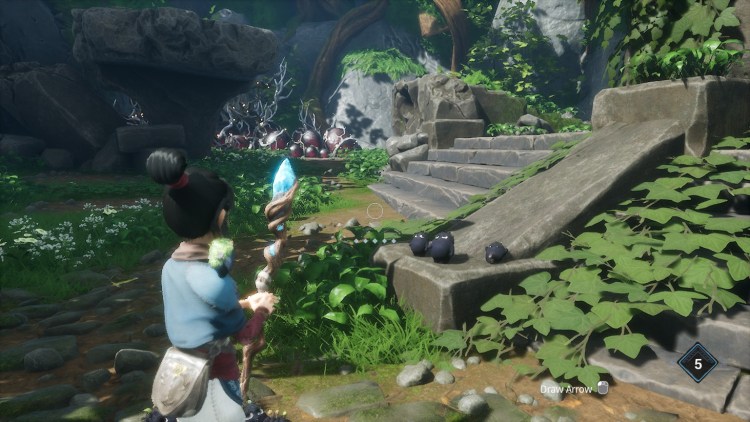 The pictures didn’t turn out so well, but I did my best to showcase Kena. Once again, this is an EGS-only release, so I captured the screens with my GPU’s software, which requires stupid button presses that didn’t play nicely with Kena. Regardless, the game looks great no matter what the settings are. As for controls, Kena didn’t automatically apply PlayStation button prompts even though I used a DualShock 4 to play it. This is kind of weird since it’s currently a PlayStation console exclusive. Regardless, I’m making do with Xbox. Every button, whether you’re on m/kb or controller, can be rebound too, although controller is kind of tricky considering that heavy attack and firing the bow are the same button.

There you have it. Kena: Bridge of Spirits has a very strong PC version, aside from my own instances of crashing. Once again, you’ll probably be okay if you’re on Nvidia. I’m never gonna live that down.

By Andrew Farrell15 hours ago
Tech