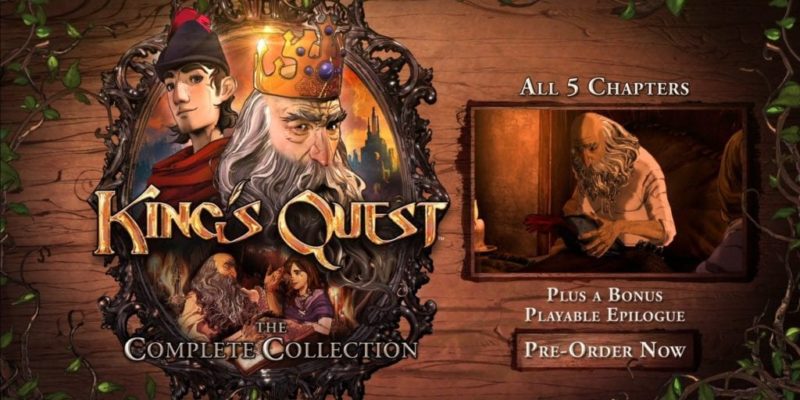 The first episode of The Odd Gentlemen’s episodic King’s Quest series will launch on 28 July.

Titled King’s Quest: A Knight to Remember, the first episode starts off King Graham’s retrospective adventures as he tells tales of his past to his granddaughter Gwendolyn.

It’ll apparently be available for £7.99 as a stand-alone episode, or can be purchased as a bundle of all five chapters (including “a future bonus playable story epilogue”) titled King’s Quest: The Complete Collection. Which seems a bit erroneous unless it also comes with all of the old King’s Quest games. The bundle will cost £31.99, which is… actually pretty bloody expensive, now that I think about it.

Oh, and the trailer below says 29 July, but according to the email accompanying the trailer, that’s just for the Xbox One version. PC and PS4 will be getting it a day earlier.