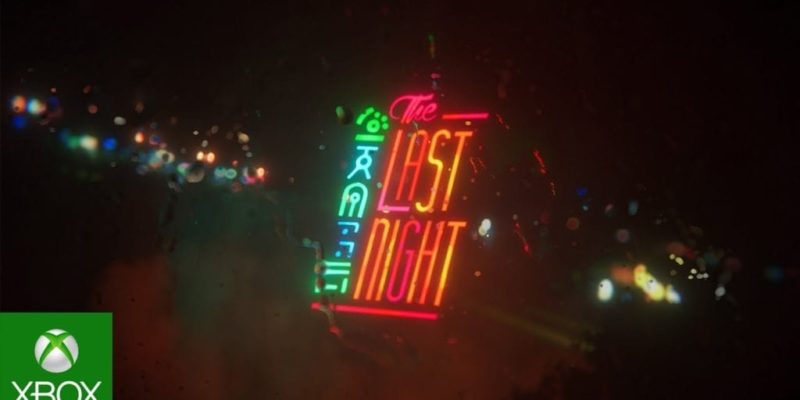 I don’t think we’ve covered The Last Night before, so let’s rectify that mistake. The Xbox E3 briefing brought with it a new trailer for this moody post-cyberpunk game, and it looks a little bit interesting.

The Last Night is set in a futuristic world in which humanity has essentially stabilised: machines do all the jobs (and can also create) and universal income means that, essentially, people live lives of leisure and struggle to find their calling in life. You play as Charlie, a second-class citizen who can’t actually experience a lot of this stuff due to a childhood accident, but who gets the opportunity to have a bit of an impact on the world around him.

Gameplay-wise, it looks a little bit Another World/Flashback. It’s a 2D game with stealth, gunplay, and talking, but meshes its 2D pixel art with 3D environments and perspectives. NPCs are a talkative bunch, and it looks like you can pretty heavily impact things by how you treat them: draw your gun in the middle of a conversation to threaten someone, walk away, or chat along, but people will remember your actions. And being post-cyberpunk, it will likely raise some interesting questions about modern life.

You can check out the new trailer below. The Last Night will hit PC in 2018.