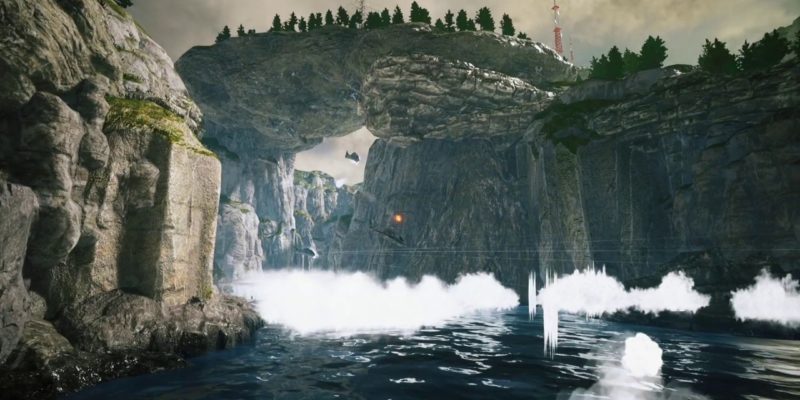 The classic helicopter combat series Comanche will be making an official return to PC, starting with an Early Access period in Q1 of 2020. THQ Nordic and studio Nukklear have released a teaser trailer for the game, and it shows the player taking control of drones in combat. According to THQ Nordic’s official announcement, the game will be both team-based and multiplayer-focused. The matches will take place with four-player teams.

So far, the announcement shows no news of a single-player campaign. Since the game will begin in Early Access, players can expect a lot of changes throughout the development cycle.

What we do know is that the game will have a multiplayer focus. Aside from controlling your chopper, you will also control drones in close-quarters combat. The teaser trailer reveals some exciting head-to-head flight combat taking place indoors and outdoors. For each match, players will select from a variety of chopper/drone combinations, and they will either attack or defend against high-value targets. The different choppers will offer abilities like cloaking or multi-lock missiles.

The last release from this series was Comanche 4, which came out back in 2001. Those who are familiar with studio NovaLogic might remember names like Comanche and Delta Force, among other games. THQ Nordic acquired NovaLogic’s intellectual property back in 2016. Since then, the publisher has sold a handful of their games, including Tachyon: the Fringe and F-22.

I must say, it’s exciting to see Comanche make a return. I remember first seeing the big box PC games in Walmart many years ago. As a fan of combat flight games, I’m interested to see what Nukklear does with this game. Although the lack of single-player content at launch isn’t great, the Early Access period will hopefully see a release of more content outside of the multiplayer matches. If nothing else, it’s nice seeing a video of those choppers with modern-day graphics.

Little Nightmares 2 announced, brings horrors from outside The Maw