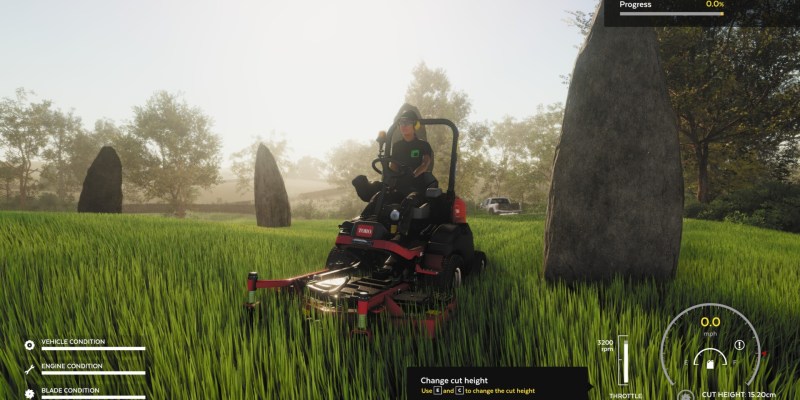 Lawn Mowing Simulator released about three months ago, bringing with it hours of, uh, lawn mowing. The base game has 31 different maps to mow, which made for a respectable amount of content. The first piece of Lawn Mowing Simulator DLC, Ancient Britain, adds four more maps on top of that. What’s more, they come with a special focus. As someone who enjoyed the base game, I was curious to see what these new maps offered and what they would mean for the game going forward. But the question stands: is Ancient Britain worth it, or is this DLC pack not worth the cash?

Ancient Britain’s focus is that it allows you to mow four historical sites. Despite how it may seem, none of them are real places, although they’re clearly inspired by them. The DLC integrates these four maps alongside the other 31, so they’ll pop up at random during campaign play. Alternatively, you can immediately access them via the game’s free mode, either way works. The first map I saw is called The Ancient Auroch, and it lets you mow the surroundings of a pub operating out of an extremely old building. This lawn has bushes and playground equipment that you’ll need to edge around, as well as flowers to be wary of.

As this DLC launched the same day as the free weed whacker update, it’s now mandatory to bring a weed whacker with you on each job. I used my chosen whacker to edge around the equipment. The pub itself looks nice and adds a rustic feel as you mow. This is a smaller map and, with the game’s fastest mower, I finished in less than half an hour. This is the smallest and most familiar of the four maps, however. Instead of waiting for the others to pop up during the campaign, I went right for them in free mode. 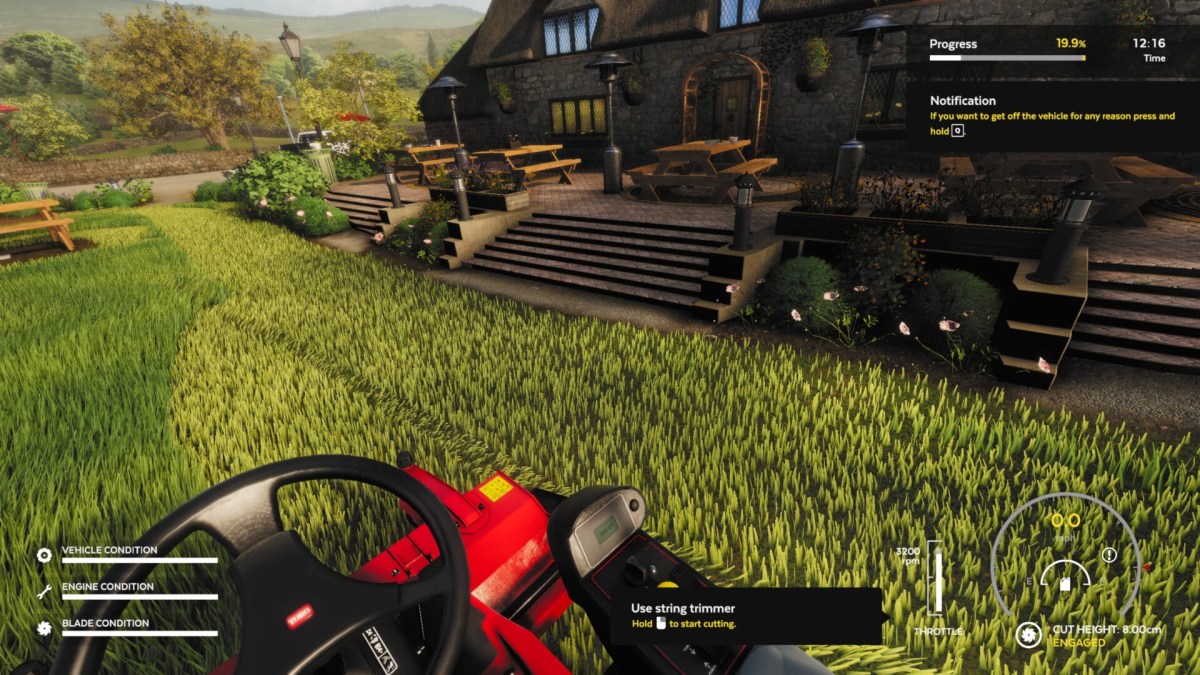 Bring me my chariot of fire

The next map I tried was the Druid Tor map. These ancient pieces of stonework are reminiscent of Stonehenge, although much smaller and set within a closed environment. This map is quite similar to another of Ancient Britain’s new ones, The Royal Stones, which are a collection of standing stones arranged in a circle. In both cases, I ended up using the weed whacker to edge stones, as the width of my chosen mower’s deck made getting close tricky. These maps are lovely and the stones make for compelling backdrops, even if using a weed whacker on them feels a bit silly.

The final map, The Ancient Auroch, features a bull shape that has been etched into the ground. Everything else is grassy, so you have to mow all of that. This map is interesting because all of the others in this DLC have obstacles you need to be mindful of when mowing. Here, though, you just need to try and minimize the clippings left on the bull. Overall, mowing these four areas will take around two-to-three hours, but if you’re playing through the game, you’ll likely be doing them more than just once.

The issue is that Lawn Mowing Simulator is $30 USD at full price, which I still think is fair considering how detailed the game is and how many hours of gameplay it offers. But, the Ancient Britain DLC is $9 USD. That’s nearly a third of the full purchase price, which is kind of ridiculous when you consider it just adds four maps and nothing else. While I would probably recommend this DLC if it cost about $4 USD, the price is just too much, so I have to say that Lawn Mowing Simulator – Ancient Britain just isn’t worth it. Wait for a sale if you want to mow these four locations that much. There’s just no real reason for the DLC to cost as much as it does. 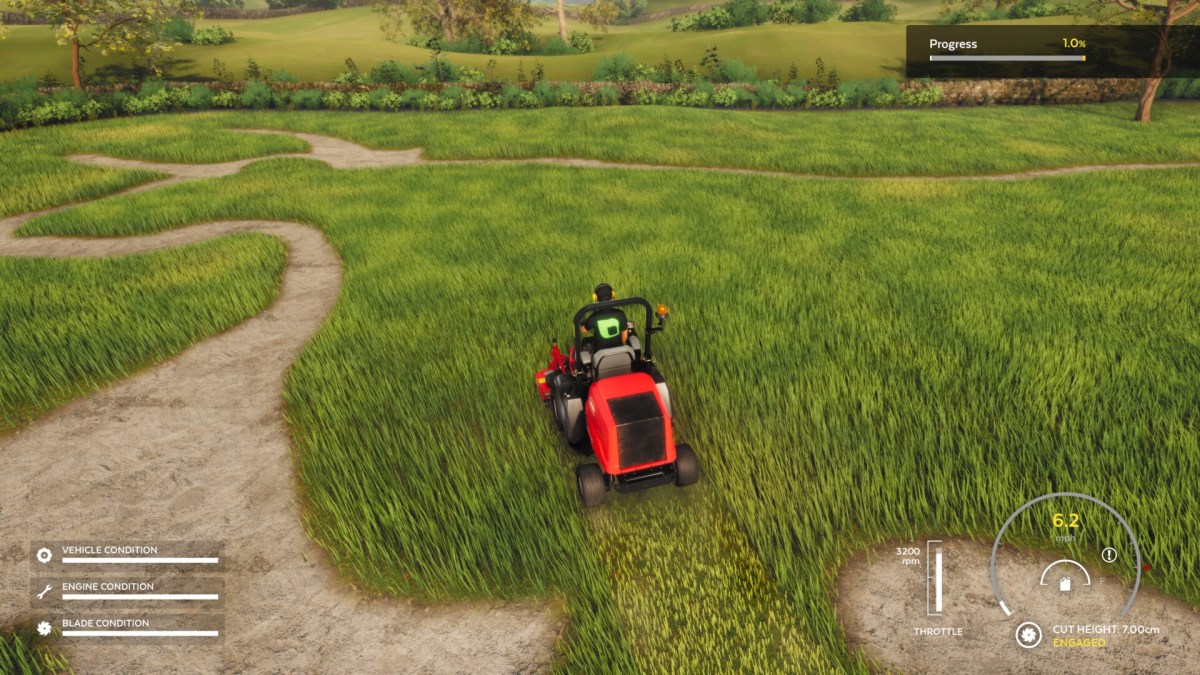 Battlefield 2042 upcoming patch to nerf the hovercraft and reduce bloom