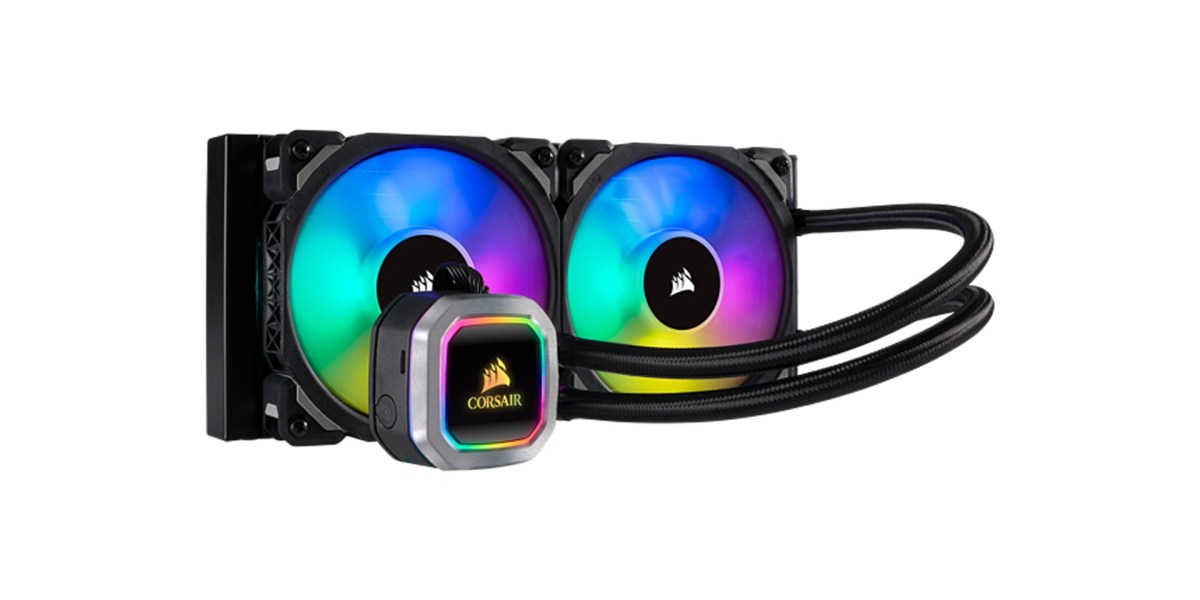 Cooling your computer can be tricky to do properly, and it all starts with one decision: do you decide to go for liquid cooling, or use an air cooler? Computers are complicated machines with lots of different parts that all work together in tandem. But arguably, the most important aspect of any PC that you need to keep on top of is cooling. Keeping your PC as cool as possible will help it last longer and stay at max performance by avoiding thermal-throttling issues.

The reality is that cooling your PC can be a complicated process. It isn’t just the coolers that matter. The type of case you have, the designs of individual components you’re using, and the layout of the inside of the case will all contribute to airflow. Combining a good case with proper cooling can help improve the temperatures of all other components inside the PC. So, while liquid and air cooling do offer performance that is different enough to warrant comparison, there are also a lot of other factors at work. Particularly when it comes to price, as good air coolers outperform cheaper liquid coolers. Here’s everything you need to know about liquid and air cooling.

Liquid cooling and the power of water

Between the two, liquid cooling is undoubtedly the more effective way of cooling down your PC. A liquid cooler constantly pumps coolant through flexible tubes that circulates to a chamber on the copper plate that contacts the CPU. Before the coolant becomes too warm, it works its way back through the tubes and the pump circulates fresh, cool liquid to replace it. The heat eventually ends up at the aluminum radiator, where it’s transferred across the heat fins and finally pushed away by the fans. Liquid coolers also tend to look a lot ‘cooler’ aesthetically. But, whether those sleek looks and operational effectiveness are enough to give it the edge over air cooling is harder to say.

Obviously, PCs with more power-hungry components tend to get hot when performing more intensive tasks. This is why you’ll often see liquid coolers in a lot of high-end builds, and sometimes not just for CPUs, but GPUs and even RAM. Liquid cooling also allows you to direct heat extraction to specific parts of the case. This is particularly useful for compact builds that don’t have the space for an air cooler but need something to expel that heat. And since you’re dealing with expensive hardware, it’s important to keep things cool. Let’s say that you’re gaming at 4K, ultra-high refresh rates, or editing high-quality video. Tasks like these will make your CPU and graphics card work harder and run hotter. These are good use cases for liquid cooling. 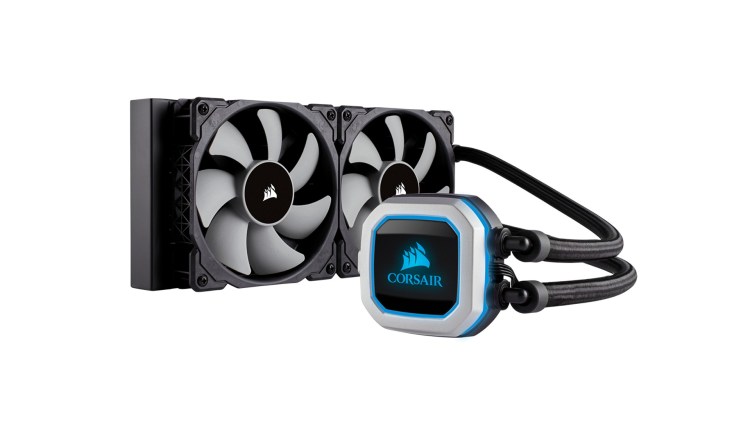 (Image credit: Corsair). An all-in-one cooler for a CPU.

For liquid cooling options, you have a few choices. The two easiest options are CLCs (closed-loop coolers) and AIOs (all-in-ones). CLCs and AIOs share a lot of similarities in both function and installation. These come preassembled and sealed, often meant to be entirely maintenance-free, or at least not requiring service for several years. The key difference between the two is that CLCs can’t be opened up or refilled, while an AIO can. It’s important to remember that all liquid coolers have the potential to leak, though the risk of that happening with a modern AIO or CLC is extremely low. A CLC is a safe option and can be fairly easy to install. To break it down in even simpler terms, CLCs are great for simple liquid cooling solutions, and AIOs are a bit of a step-up in both function and maintenance.

You can also make your own custom liquid cooling solution. However, this is not only tricky to design, but dangerous if you lack the knowhow to install a custom loop. You also need to have specific tools and equipment to do it properly. After all, liquid is the enemy of any electronic device. It can be a pretty dreadful error if you get any leakage from the tubing during or after installation. An incorrect installation could result in water dripping onto the graphics card, PSU, or other components.

So, unless you know what you’re doing, don’t attempt a custom liquid cooling solution. While custom loops do look cool, these configurations can result in expensive accidents. Air cooling is far less risky in comparison, and that can be a pretty big positive to some. Liquid cooling is also more expensive in the long term due to the higher initial investment, plus the added risk that if the pump fails outside of the warranty period, it will require you to replace the whole cooler. The main reason to go for liquid cooling is if you’re using enthusiast grade components that generate a lot of heat, or you’re performing overclocking.

Air cooling is a breeze

Air cooling is the other horse in this race, and it’s one that no one should dismiss. There’s a misconception out there that air cooling is the boring way of cooling your PC. Yes, this is true in a lot of ways, but not in the places that matter. In terms of performance, air coolers can go toe-to-toe with some liquid coolers. High-end air coolers like Noctua’s NH-D15 are seriously impressive when it comes to performance. It’s able to outshine some of the better liquid coolers on the market, and is a great example for why people shouldn’t count out air cooling. 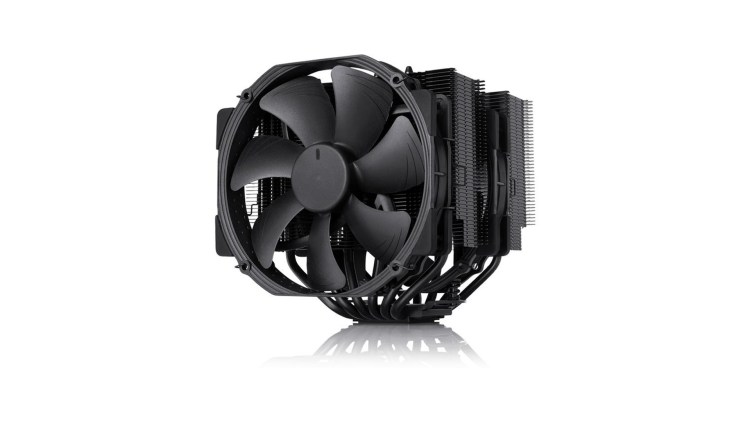 In both operation and concept, air coolers are a bit more simple than liquid-cooled counterpart. A heat-conductive plate is attached to the CPU, from which heat pipes then transfer heat to the heatsink fin stack. A fan then pushes this heat away from the CPU. As the temperature of the CPU rises, the fan will speed up to move away higher volumes of hot air and subsequently get louder. This is the same way CLC and AIO liquid coolers work, but air coolers often end up making more noise due to various reasons.

The noise generated by the fan can sometimes be obnoxious, which drives some people towards liquid cooling instead. It isn’t something you can get away from with an air cooler, either. There will always be some kind of noise even when the PC isn’t under stress. However, some air coolers do run very quiet at normal operating speeds and could be considered as nearly silent.

The biggest benefit to getting an air cooler is that it can be much cheaper and easier to install than the alternative. But, that isn’t necessarily the case all the time either. Some air coolers, like the previously mentioned Noctua NH-D15, are both expensive and massive. Meaning that installation can be a pain if you have something like a Micro-ATX case. In fact, space is much more of an issue for air coolers in general since they tend to be a lot bigger than liquid coolers. This is where installation can be tricky, not so much in the sense of actually installing it though. The issue really stems from figuring out if the air cooler will fit in the case, and whether it can properly direct the hot air out of your PC. After all, if it can’t get the hot air out in the first place, it isn’t much use.

As you have learned, both liquid coolers and air coolers have pros and cons. Liquid cooling is great for builds with enthusiast grade components and also for smaller cases that don’t have the room for an air cooling tower. Air coolers are more simple, easily replaceable, and can sometimes be cheaper. Neither is definitively better than the other though, when all things are considered.

Ultimately, it comes down to the case you have, the components you’re using, budget, and your personal preference. All of these factors are going to determine the temperature of your components, so really it’s a choice that’s more than just about liquid or air cooling.

EPOS has some great deals this week on headsets for gaming