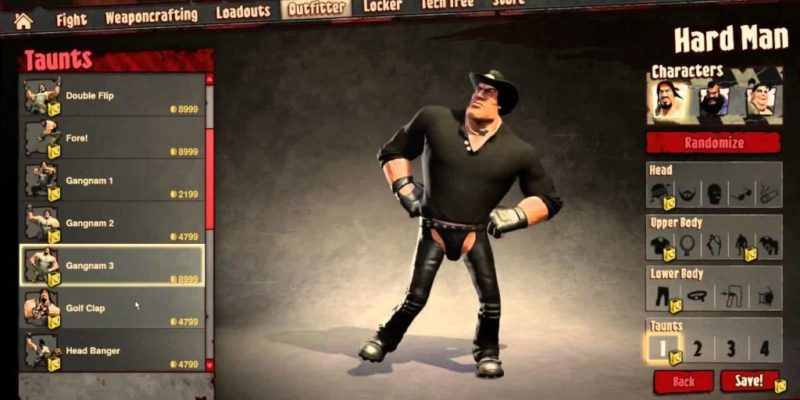 Back in the 90s, shooters were all the rage. They were fast and furious, with none of the slower, sneaky, stealthy, cover-based gameplay of today’s modern shooters. The days of Quake and Unreal Tournament were glorious times – but sadly, there have been very few fast-paced shooters of any real quality recently.

But one developer – called Edge of Reality – has been beavering away on a new shooter called Loadout which aims to bring back some of the twitchy shooter gameplay of the good old days. I’ll admit that this game completely slipped under my radar until a few weeks ago, and the fact that it’s free-to-play didn’t exactly get me too enthused. There’s bound to be some caveat; there always is with F2P, right?

Loadout is purely multiplayer: there’s no campaign and no pissing about. It’s a good old shooter that’s played over multiple game modes that we’re all familiar with, but with a twist to their names and objectives. Blitz (control points), Death Snatch (grab points dropped by killed opponents), Extraction (gather Blutonium) and Jackhammer (CTF) are all available on the game’s four maps that released when it launched.

Lots of leaping around is required

Oddly enough, Edge of Reality decided that Loadout would work best as a third-person shooter. When the gameplay is fast you want to see everything around you and not necessarily your own back, so I thought the view in Loadout would be a real hindrance to my less-than-excellent FPS abilities. The good news is that third-person actually works really well and it’s something you don’t even notice after playing for a while. But why third-person?

The only reason I can think of as to why this is not a first-person shooter is the game’s art style. Edge of Reality have created a game that shares visual similarities with Team Fortress 2, focusing on being cartoony and over-the-top. There are currently three (excellent drawn and animated) characters to choose from: the Sly Stallone look-alike Axl, the Mr. T-inspired T-Bone, and the rather hideous Helga. There’s been a lot of care and attention put into these characters and that’s important when you’re playing a game that uses customisation as a selling point.

We go all Disco because it makes you a better shot. OK, that’s a lie.

But it’s not just the characters. Loadout‘s big selling point, apart from being free-to-play, is that you can heavily customise your weapons. There are four basic weapon types: the laser-like Beam, the explosive Launchers, the bullet-spewing Rifle, and the cannonball-launching Pulse. These are the base weapons players build upon to make new and interesting tools of destruction.

As there are no classes in Loadout the weapons play an integral part in how you build your characters. For example: you can be a healer by creating a Beam weapon that fires healing rays, or you could become a sniper by equipping a powerful scope on one of the base weapons. The way you customise your weapons is down to you. That’s why the game is called Loadout. Genius.

Each player can create their new weapons, give them a unique name and then create a loadout (there it is again) from their array of created weapons to take with them into matches. These loadouts are selected at the start of a match but can also be switched mid-game when you die. There’s huge scope for experimentation, and it’s trial-and-error as to whether you can actually kill stuff with your creation. What looks like a good weapon on paper could be utter crap, depending on your skill level.

Our first attempt at weapons.

Not all the weapon enhancements are available at the beginning of the game, as most need to be unlocked by playing and levelling up your profile. The more you play, the more you’re rewarded with the game’s main currency – Blutes – which can be spent to unlock new enhancements. There’s no pay-to-win rubbish on weapon enhancements, but there is a tech tree which has to be opened up to access new weapon features. This unlocking system is a problem when you want to try a new weapon feature but you can’t because it’s further up the tree. You’ll need to keep playing to earn more Blutes and possibly spend them in areas you may not necessarily want to, just to reach your goal.

The game’s other currency is SpaceBux, and this is where real cash comes into play. The main use for this currency is character customisation such as new outfits or emotes. You can ignore this completely and just play the game, but if you want to stand out then the quickest way is to drop some cash. The problem is that it’s not cheap, which is a real shame because the items that are available look great.

Perhaps a rethink on some of the pricing would be a good idea, as everyone would enjoy seeing more visually appealing characters playing, and not loads of players using the three standard characters and outfits. That said, anyone who sticks with Loadout will probably think it’s money well spent.

SpaceBux can also be spent on an XP boost for periods of time to help unlock stuff on the tech tree quicker or to add extra loadout slots. If you really want to start messing about with the customisation then it’s quicker to do it that way, but again, it costs more. Damn you F2P!

Character customisation and emotes in action

Loadout is new and it’s got potential but it’s too early to say whether it will be embraced by shooter fans due to the fact there are only four maps and everyone is still finding their feet. Having sunk quite a few hours into the game now (and failed miserably at topping the end-of-match leaderboards) I’ve found it pretty enjoyable for a quick fix each day.

Messing around with the weapons is fun but it can be time-consuming to find the right fit as not every addition is useful on all base weapons, and the fact you need to keep playing to unlock more weapon features up the tech tree could get tiresome. If you’re a shooter whizz then you’ll probably be racking up the kills so this won’t be an issue for you – you just need to stick at it.

Edge of Reality has created a tasty shooter with fantastic customisation but it’s going to be down to the individual as to whether they can stick with it for long enough to really make good use of the potential within. Free-to-play isn’t easy to get right and I’m not sure if Edge of Reality has completely nailed it. They have to make money somehow, but the items are overpriced and progression may be a little frustrating for less-than-stellar players who doesn’t want to part with cash. If, on the other hand, you don’t really give a toss about buying stuff, then this is still a shooter worth your time.

Monetisation aside, the game plays well, the maps are well designed, and the characters are great. The funny emotes will probably wear thin eventually and the death animations will become old hat, but with the addition of more content like maps and game modes, Loadout has a fighting chance to gather a following – even if it’s not doing anything super-original.

It’s a refreshing change to be playing a speedy shooter like the good old days, and with Loadout being free-to-play, it’s certainly worth a shot. Boom boom.

By Kurt Perry2 hours ago
Reviews

By A.K Rahming4 hours ago
Reviews