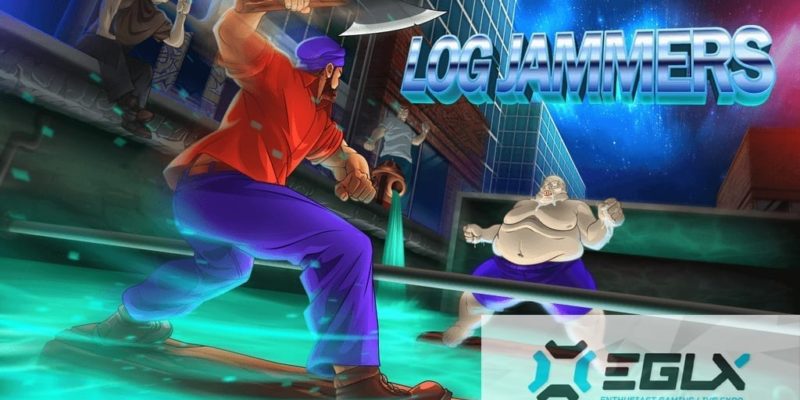 After indie developer Mega Cat Studios began their Kickstarter for Log Jammers, I was granted the opportunity to sit down with them at Enthusiast Gaming Live Expo (EGLX) here in Toronto, Canada. I already knew I loved this studio, thanks to how they value player feedback and how much detail they’ve put in their previous games, which include the retro-styled Little Medusa and Coffee Crisis. And I was only further impressed upon visiting their EGLX booth and getting some time with Log Jammers.

Mega Cat set up their EGLX booth like an 80s-style living room. Visitors were invited to come in, sit down, get comfy, and try out a few of their titles. Going to their booth made you feel like you were in your own living room basement playing games. It was probably one of the most creative setups I have seen at a con for any game so far (not counting the Resident Evil 2 setup at NYCC). The indie developer put a lot of attention into getting players truly immersed in the retro gaming experience. 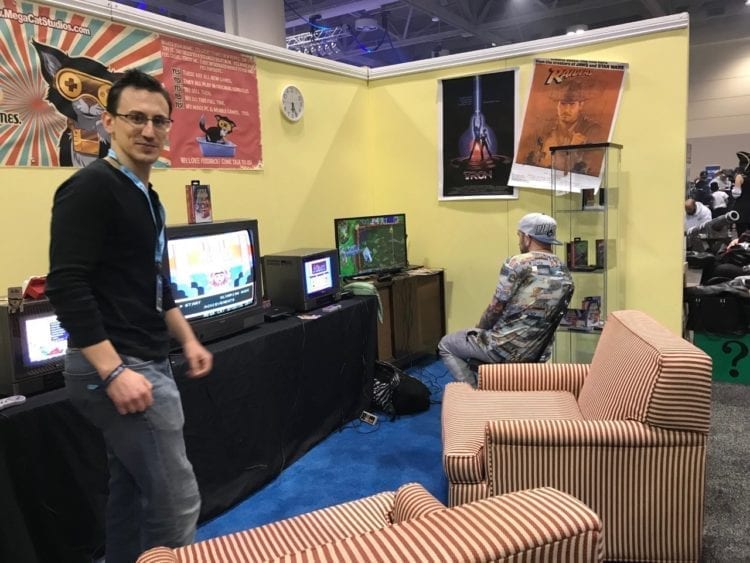 The head of Mega Cat Studios, James Deighan, and his staff gave me some background on the development of Log Jammers and their Kickstarter from this past summer. Avid players had been lining up to give Log Jammers a try, and I overheard several of them describe it as a cross between Street Fighter and other old-school fighting games like the first Mortal Kombat.

After admiring the creativity of Mega Cat’s booth, it was time to get into the real meat of things: playing their newest title, Log Jammers. If you are familiar with fighting game mechanics, you will have no trouble with this game. The team provided me with an Xbox 360 controller – the controller of choice, according to James – and set me loose. 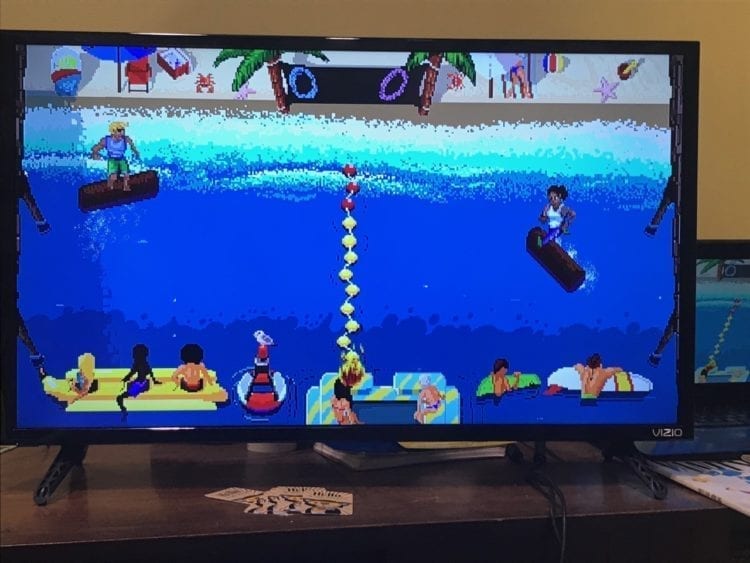 The controls and gameplay are fairly simple. Players face off in watery arenas, their chosen characters balancing atop logs as they shoot out attacks. I’d describe the gameplay as working almost like table hockey. Your goal is to get your attacks to hit the wall behind your opponent, which scores you points. Of course, this means you have to stop your opponent’s attacks, usually by intercepting them with your own character. You have at your disposal a set of attacks, special moves (which can stun your opponent a lot faster than the regular attacks), and dodge techniques.

The different areas you can choose to battle in also adds to the overall experience, though they’re not without hazards. Sometimes a lumberjack will pop out of the water and attack you, forcing you to stay on your toes. As for the locations themselves, I particularly liked battling it out in the Beach setting. You can check it out for yourself in the video below.

In the graphical department, Mega Cat stuck to what they’re used to. The game features a retro style, done tastefully enough to not look out of place today. Clearly, a lot of care and effort went into this game’s development. Given the number of people who were excited to sit down and play it, I’d say all that work has certainly paid off.

If the full version lives up to what I’ve seen, I’d highly recommend players check out Log Jammers once it launches in February. You can pick up the demo now on Steam to get a taste of the action early. Hopefully, you’ll enjoy it as much as I did.

You can check out their site here for more info.

Fortnite And The NFL Team Up For Exclusive Skins