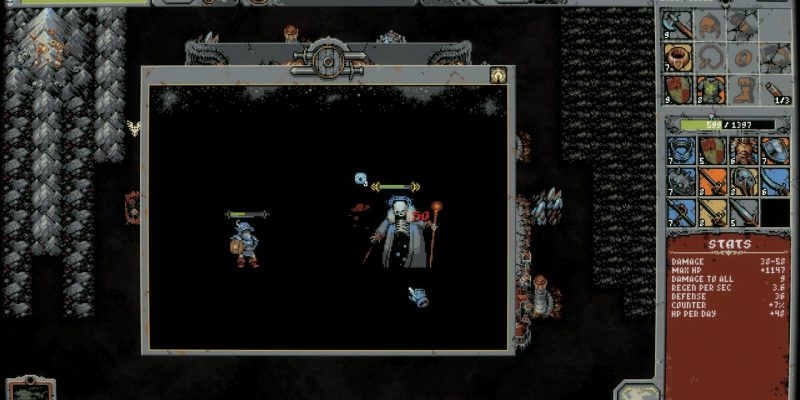 If you haven’t heard about Loop Hero at this point, you probably haven’t been connected to the internet in a couple of weeks. The game took Steam by storm and hasn’t looked back since, clocking in at #2 on last week’s Steam sales charts. The game’s meager price tag can’t be hurting the surge, considering how close it is to toppling the ever-dominant Valheim. Who knows? It might only be a matter of time before the “little indie that could” takes its place atop the sales throne.

Given the game’s immense explosion in popularity, you can bet that there are more than a few folks looking to snag the coveted 100% achievement completion. The problem is, there are actually seven different pinnacles that need to be reached, and they are completely secret. Or at least, they were a secret until you read this:

These first couple of secret achievements, you might not have even known were hidden, given how early they could be encountered in a campaign playthrough. If you’re looking for a few hints on how to bring the Lich to its knees, you will definitely want to take a look at our guide covering Loop Hero Lich battle strategies. Additionally, just following along with some of the tricks laid out in our beginner’s guide may also help you along your path to greatness.

If you’re to the point where a Priestess is your next major obstacle, that means you’re well on your way towards completing Loop Hero‘s campaign. You won’t even be able to attempt these trio of missions until you’ve defeated at least one Lich. Doing so will unlock the second chapter, which is where you will find the Priestess, acting as the main boss. For the “Defeat the Hunter” achievement, you will need to push ahead even further, as it is the boss for the third chapter.

Considering that each one of these bosses have their own unique sets of challenges and abilities, be on the lookout for more Loop Hero guides on these topics, coming soon.

I’m going to be completely candid for a moment and divulge that I haven’t been able to complete these two, nightmare-level tasks. It’s one thing to beat the end boss of Loop Hero once, but six times? While that may seem a bit extreme, it certainly feels challenging enough to keep players busy for quite some time.

Once again, as soon as we have more insights on how to actually topple the Omega, you can look forward to another guide popping up. In the meantime though, best of luck and happy haunting.

Have you managed to complete these god-tier tasks? Be sure to sound off about your experiences in the comments.

Loop Hero is currently available for purchase via Steam. For more help with games, be sure to check out our guides.