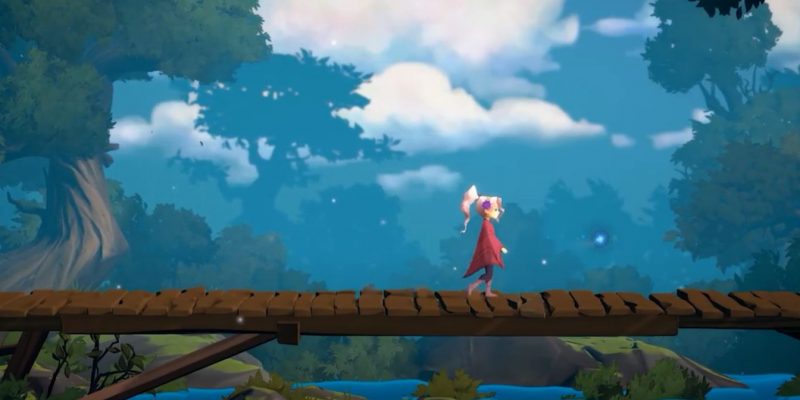 Exclusivity is a hell of a thing. The narrative adventure Lost Words: Beyond the Page launched on Stadia in April of last year. But the year-long exclusive window is now closing, and the game has a brand-spanking-new trailer available for its PC launch date. Lost Words: Beyond the Page will release on PC via Steam on April 6. Curious folk who were interested in trying their hand at the game last year will soon be able to experience it via download as opposed to streaming it off of magic space servers. I’m assuming that’s how cloud gaming works (I’m a writer, not a scientist).

The story behind Lost Words: Beyond the Page was written by Rhianna Pratchett (daughter of author Sir Terry Pratchett). You may know her as the writer for such games as Tomb Raider and Rise of the Tomb Raider, but not Shadow of the Tomb Raider. She also wrote Mirror’s Edge. Not the second one, though. People don’t like to talk about that one.

The game tells the story of Izzy, who embraces a fantastical world after losing someone dear to her. The plot appears to have gone over rather well, as it won several awards, including Excellence in Narrative at DevGAMM, Best Indie Game at Game Connection Paris, and Best Story at Game Connection USA.

The release date trailer for Lost Words: Beyond the Page shows off the game’s lovely 2.5D visuals and unique storybook motif. In the trailer, Izzy makes her way through her surroundings to push the story towards its eventual conclusion. The game escaped my attention back when it launched on Stadia last year, but I’m thinking that I might have to give it a look when it comes to PC next month. The game can be added to your wishlist on Steam, and there’s also a demo available to try for anyone still on the fence.

Florian Munteanu cast as Krieg in the Borderlands movie