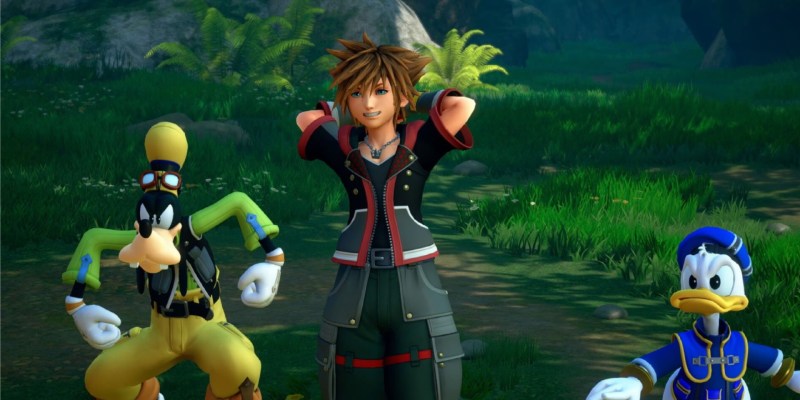 Another month has arrived and we’ll see lots of new games with it. March 2021’s PC game releases include Yakuza 6: The Song of Life, Balan Wonderworld, Stronghold: Warlords, Total War: Three Kingdoms – Fates Divided, and Evil Genius 2. We’ll also have a slew of Kingdom Hearts titles that will finally arrive on PCs.

Note: Take a look at our February 2021 article to see if you missed out on a game this past month. For all the other content drops this year, and those in 2022 and beyond, check out our full PC game release dates listing.

A puzzle game where objects can be simultaneously tiny and huge.

Use your deck of cards to place buildings, terrains, and enemies along your path or “loop” as you complete your hero’s adventure.

An RPG that uses musical battles as a mechanic.

Stronghold: Warlords is all about shoring up your castle’s defenses and storming the walls in a siege battle. The focus would be on the Far East as you get to control warlords themselves — khans, samurai, imperial generals, and more — during your conquests.

Total War: Three Kingdoms – Fates Divided is a chapter pack DLC that adds the 200 A.D. start date. In it, Cao Cao and Yuan Shao will batter for hegemony over the north, while other lords continue to stake their claim in the Han Empire.

This Souls-like action-RPG originally released for mobile devices back in January 2020. Now, this edition arrives on PCs, and it includes all previously released content.

Will the next game in the franchise score a home run?

A game that combines both FPS and RTS. Its 5v5 multiplayer has each term comprised of four officers and one commander. It leaves Early Access this March 2021.

A horror game set in the Alps. It uses hand-penciled designs to create a distinct atmosphere.

Stubbs the Zombie in Rebel Without a Pulse (Aspyr): March 16

This city-building game set in a post-apocalyptic landscape leaves Early Access this March 2021.

This adventure-platformer has you exploring colorful locales and distinct islands.

This isn’t just city-building. Rather, it’s also about managing and growing your drug empire.

The first two Overcooked games, and all content in between, arrives in March 2021. Overcooked! All You Can Eat will support 4K resolutions, online mode, and cross-platform play.

Enter a world of madness and horror as you explore Miskatonic University, Arkham Asylum, and the bayous of Louisiana.

Investigate a town to search for clues about your missing father. But, be very careful as you might just encounter a deadly threat.

A remastered version of the latest Yakuza game. Yakuza 6 was expected to come out for PCs in 2019 according to Sega’s financial report, but we’ll be seeing it in March 2021 instead.

This platformer lets you play with a buddy via couch co-op or online (your pal could even play for free via a Friend’s Pass). It’s the second collaboration between Josef Fares/Hazelight Studios and EA (the game is part of the EA Originals banner).

This adventure-platformer has your characters gaining abilities from colorful and stylish costumes.

Build and maintain your space station, bring in a few alien races, and defend from attacks.

Four Kingdom Hearts games will make their way to PCs at the end of March 2021. The games are:

The first game released all the way back in 2004. The sequel will be releasing in 2021 and it’s ready to kick down the doors of the baddie’s lair. No, wait — you’re the bad guy, and it’s up to you to set up your defenses and train your minions to stave off the heroes.

One of the most successful action roguelikes will have an expansion (since it requires Rebirth), though the sheer amount of content makes it more akin to a sequel. The Binding of Isaac: Repentance will feature 130 new items, a hundred more enemies, 25 bosses, and thousands of new rooms.

This quirky city-building game has a twist: it features buildings that can talk to each other, and they even have their own hopes and aspirations.

What do you think about March 2021’s offerings? Are there any PC game releases and content drops you’re looking forward to this month? Let us know.

By Martynas Klimas5 days ago
Features