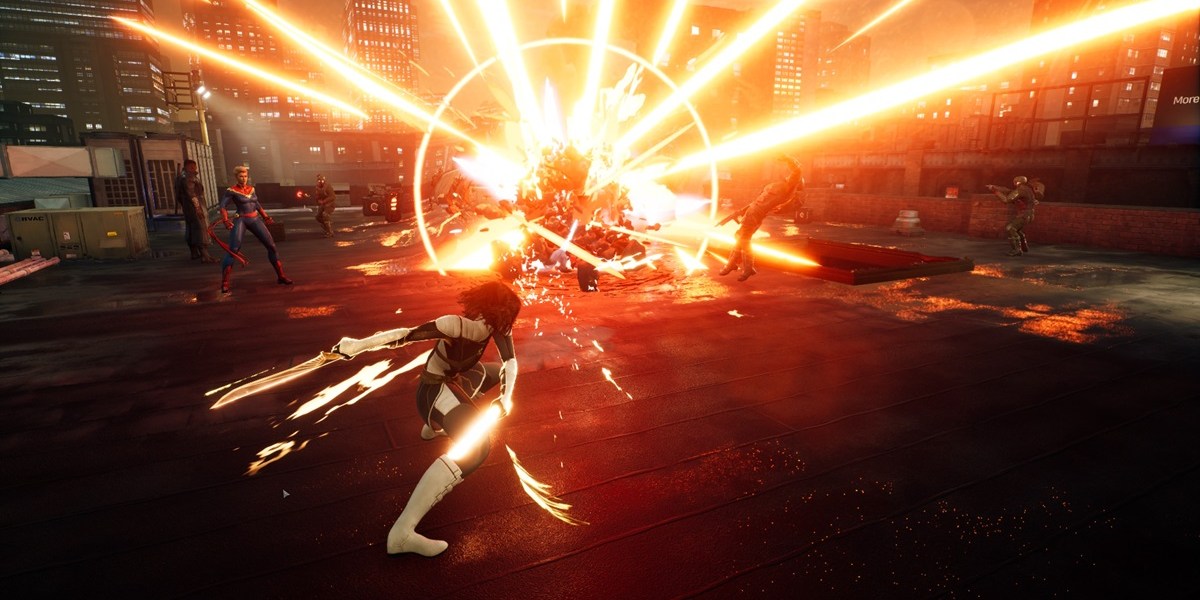 To get more Gloss and XP in Marvel’s Midnight Suns, you’ll have to select tougher difficulty modes. Unfortunately, only two are available when you start the campaign: Story and Normal. The former is basically “easy mode” where enemies are total pushovers and you don’t earn bonuses. Normal, meanwhile, only has +25% bonus Gloss and no additions to your XP.

If you do want a challenge, and better rewards, you’ll have to obtain higher star ratings when completing missions. The rating you receive has the following modifiers: 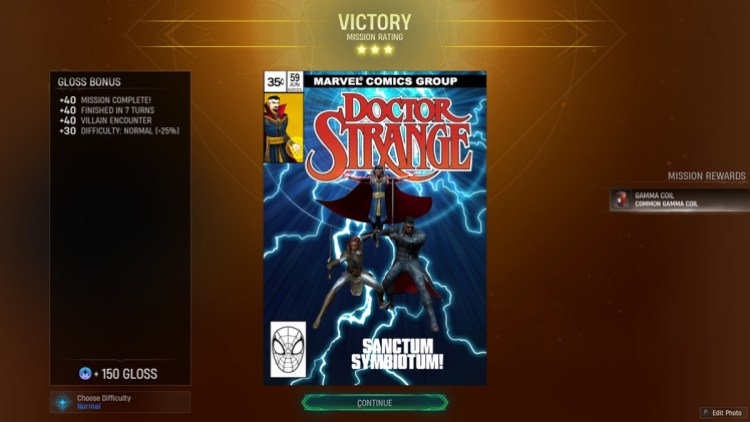 In most cases, you’ll need to prioritize the main objective (i.e., destroy the helicopter, obtain a key item, or defeat a boss/target). This is because enemies will continue to spawn, causing you to waste more turns or putting your heroes at risk. Assuming you do well in a mission, the points you earn will also coincide with the Gloss you receive.

Eventually, progressing further in the game and earning higher star ratings will also unlock new difficulty modes which you can switch to whenever you’re not in combat. These options, Heroic and Ultimate, have three tiers each. At Ultimate III, you’ll receive +40% XP and +175% Gloss. However, this will also significantly increase enemy health, damage, and reinforcement waves, while preventing you from reviving any of your characters.

Note: The vast majority of story missions require you to bring the Hunter, which also causes them to level-up a lot faster. Thankfully, inactive characters will still receive XP, so they won’t be far behind. 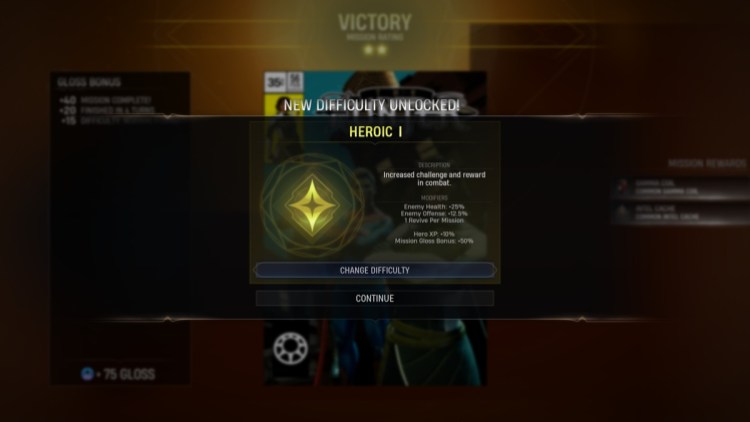