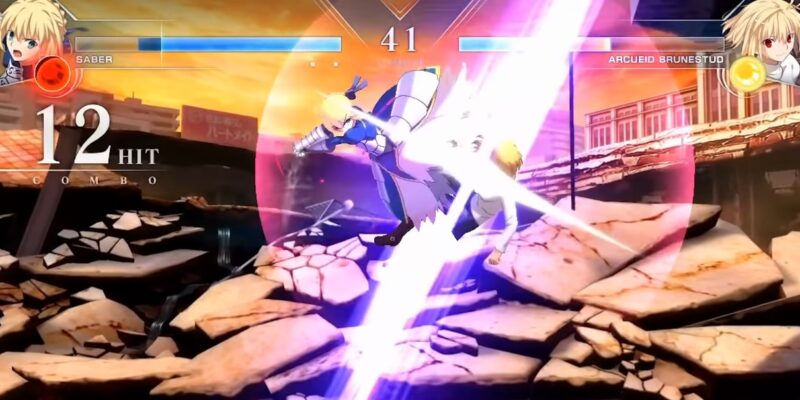 This unique fighter is developed by French Bread, a company well known for creating games like Under Night In-Birth and Dengeki Bunko: Fighting Climax. The developers have carved a name out for themselves in the anime fighting game community for its smooth 2D graphics, and Melty Blood: Type Lumina looks like it’ll have a great impact for anime fighters.

A new style of gameplay

The game’s fighting mechanics have been rebuilt from the ground up in contrast to previous games. Said mechanics allow players who are new to fighting games to adjust better in the intimidating world of footsies and combos. The game includes such systems as auto combos through repeated button pressing. However, the game should still feel like Melty Blood to veterans, giving players the best of both worlds. The game also features rollback netcode, a new form of online play that greatly cuts down on lag and improves the multiplayer experience.

Hopefully, Melty Blood gets more attention with Saber as a playable character. Her playstyle looks smooth and stylish, with a focus on midrange combat and long combos. Another company like Arc System Works would likely have sold Saber as DLC. Fortunately, Saber is free for all players who purchase the game.