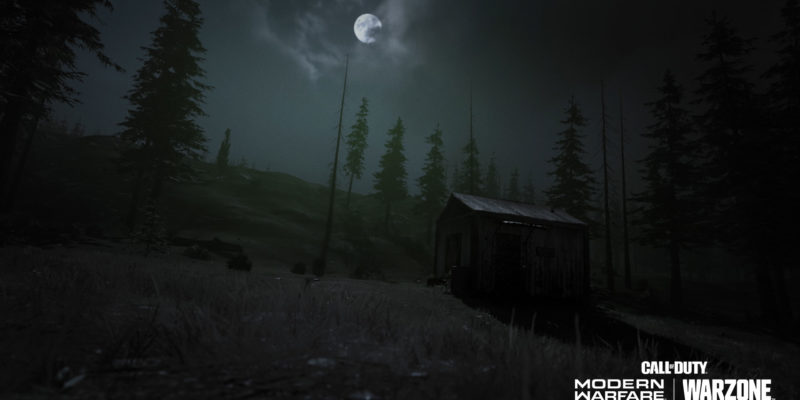 As the Call of Duty Black Ops Cold War beta closes tomorrow, a new Call of Duty event begins. This time, Halloween takes hold in Modern Warfare and Warzone, with the Haunting of Verdansk event. The seasonal content drop brings new modes to both multiplayer and Warzone, new cosmetics, double XP, and more.

As the name suggests, a lot of the content revolves around Warzone and its Verdansk map. There will be 16 ‘Trick or Treat’ rewards added to the game via a new supply box system. In typical Halloween spirit, the boxes in Haunting of Verdansk can contain special blueprints and cosmetics, or “frights.” We’re going to assume the latter contain less desirable rewards and maybe a scare or two.

There’s also a zombie royale mode coming to Warzone, along with a night time variant of the standard battle royale and plunder modes. Of course, Black Ops 4‘s Blackout brought zombies into the CoD battle royale mix a few years ago, even going as far as adding the Alcatraz zombies map. The Warzone variant does things a little differently though, as a zombie spawn replaces the gulag. From there, zombified players will be able to grab dropped syringes from dead players. Find two, and you’ll drop back in as a soldier again.

The fun and games don’t stop with Warzone. Call of Duty: Modern Warfare will also see some Halloween-themed multiplayer mayhem come to pass. First off, all modes are introducing a pumpkin head, gained by going on a three-kill streak. If you manage to hit 10 kills without dying, said pumpkin then sets on fire because… why not? Maps and objectives are changing, too. For instance, Domination flags are to be replaced by scarecrows and Kill Confirmed dog tags will now appear as skulls. There’s a few new modes being thrown in as well, although aside from the pumpkin heads, they’re not particularly spooky.

You can also purchase bundles based on two horror film franchises. Both the Saw and The Texas Chainsaw Massacre bundles can be picked up, offering some creepy skins and blueprints.

The Haunting of Verdansk in Warzone and Modern Warfare begins October 20 at 1 PM ET. 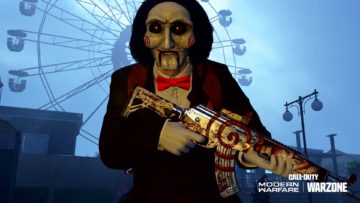 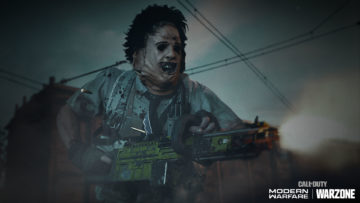 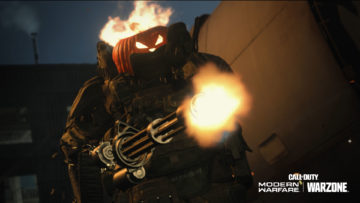