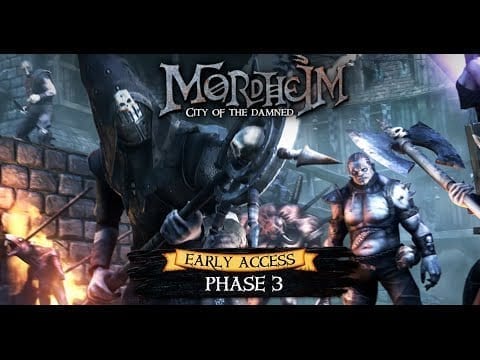 Since November of 2014, Mordheim: City of the Damned has experienced steady improvement and growth in the realm of Steam Early Access. The developer, Rouge Factor, has released steady updates to keep development steady. The latest release fufills the fourth planned phase of development, introducing a few key added features to the game, including graphic updates with Unity 5.

For those not familiar with the game, Mordheim: City of the Damned is a turn-based tactical RPG based on the fictional lore of the Warhammer universe. Thanks to the advanced capabilities the Unity 5 engine has over its predecessor the Unity 4, gamers will enjoy a significant boost in quality when gazing at the improved  lighting, shadows, and post processing effects as they appear throughout the game.

The latest update also includes new skirmish maps and the addition of max-level warbands. The level caps now apply to all four races. Out of the three newly added maps, one is procedurally generated while the other two consist of entirely new environments. The new areas have been named the Library, and the Bridge.

Even with this latest update, Mordheim: City of the Damned still has a lot more content planned for future release. Be sure to check the official Steam page, or stay tuned here for future updates.