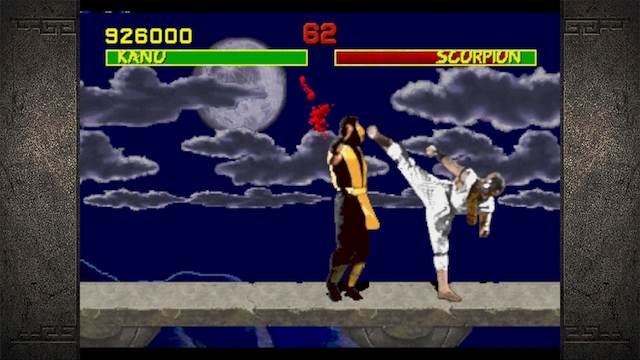 At the moment, fighting fans can get their fill of Mortal Kombat 11 on Steam. But what about those that prefer something a little older in the series? You just might get your wish. Gematsu has spotted a new rating that popped up on the PEGI (Pan European Game Information) board. It describes a new game called Mortal Kombat Kollection Online, rated for various platforms and PC.

What is Mortal Kombat Kollection Online?

As expected, the game has a PEGI rating of 18 for violence and gore. And according to its description, it’s packed with retro bliss. Along with the “Mortal Kombat trilogy” (which is likely to include the first two games and Ultimate Mortal Kombat 3), it reportedly has extras. These include “upgraded art, gameplay, and online features,” though further details weren’t provided along with the rating.

Fans may recall the previous 2011 game release Mortal Kombat Arcade Kollection, produced by NetherRealm Studios and Other Ocean Interactive. At the time, it came out for Xbox 360, PlayStation 3, and Windows PC, with remastered versions of each game. This Kollection could be similar but with expanded online features.

Warner Bros. hasn’t confirmed this package of retro goodness as a reality just yet. However, there’s been rumors about its release for some time. Back in 2017, Blind Squirrel Games came on board to work on such a project, following the creation of a community project. It was reportedly canned in 2018, but based on this new PEGI rating, it seems the project was ultimately revived.

We’ll see what the publisher has to say in the months ahead. In the meantime, if you’re feeling nostalgic, check out the nearly decade-old trailer for Mortal Kombat Arcade Kollection. It’s definitely got a nostalgic vibe to it, something that could pay off for the re-release — if it actually happens. Stay tuned for more updates.

Taur tees up its hectic gameplay in a new trailer