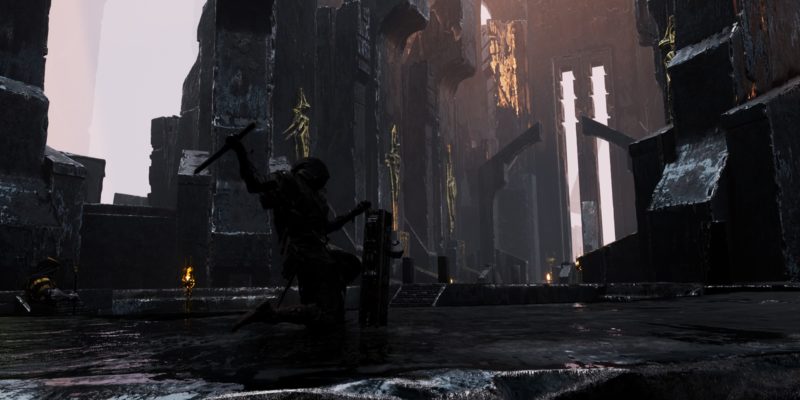 The Ballistazooka is a special ranged weapon that you can wield in Mortal Shell. Its piercing bolts are extremely deadly to any hostile that you meet in the game’s strange world. Here’s our guide to help you out. 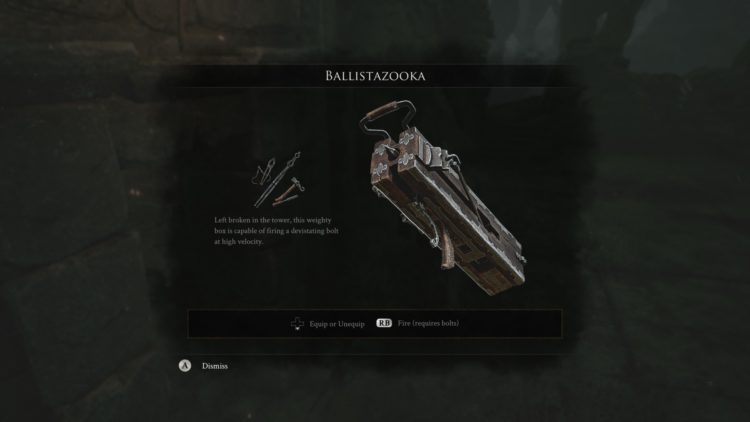 Mortal Shell: How to get the Ballistazooka

Funnily enough, knowing how to get the Ballistazooka in Mortal Shell is easy enough. All you need to do is go to Fallgrim Tower, head up the steps past the bell, and speak to a vendor NPC named Vlas. 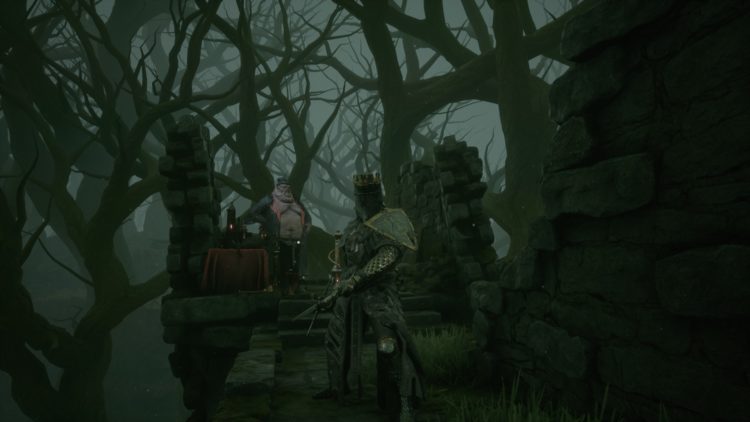 Don’t forget to pet his cat because cats are awesome! 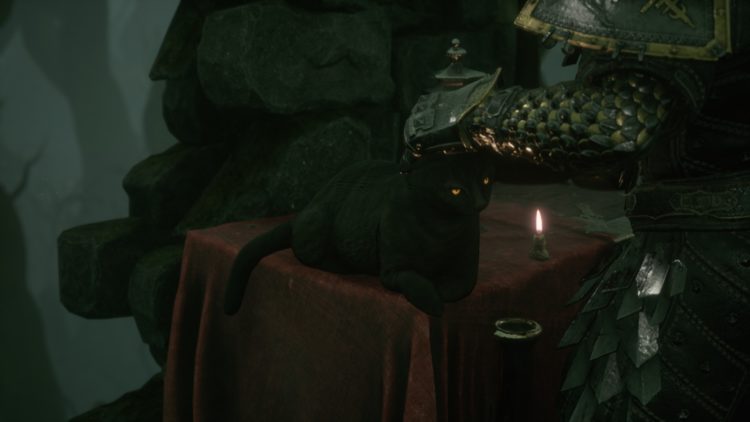 Vlas is actually selling an item simply labeled “tools.” That’s the upgrade material you need to craft the Ballistazooka.

There’s just one problem: it costs 8,000 tar. So, it’s more than likely that you’ll need to grind and farm for hours in your Mortal Shell playthrough just to get that amount. 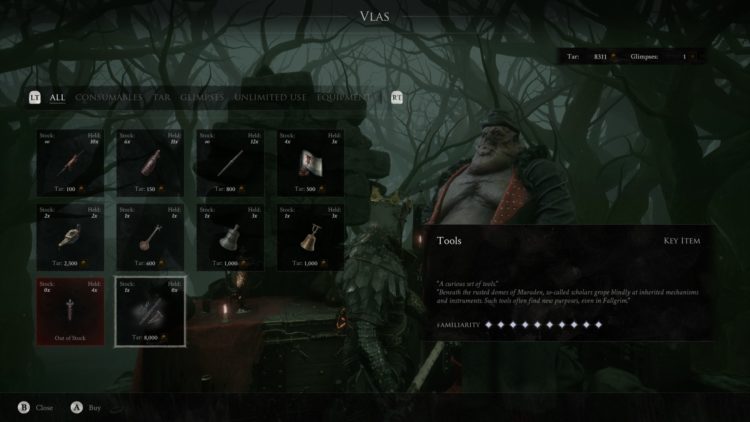 Once you have the tar to spare (and if you really want to part with all of that), go purchase it and head to the nearby workbench. The Ballistazooka is a universal upgrade (just like Solemn Offerings and the Forbidden Offering) — it’s applied to all your melee weapons so you can still use it when you swap.

Oh, and I almost forgot to mention that you need items called Large Bolts. A handful of these are found in the game world, but Vlas also sells them for 800 tar per bolt. Yep, even the ammo is expensive. 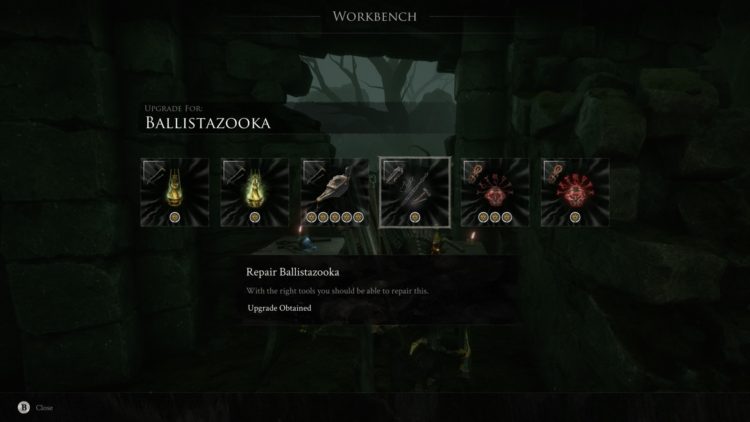 So, how exactly do you use the Ballistazooka? Well, just press the caps lock key or the down button on the d-pad. This will cause your character to arm the mechanism and the game will switch its POV. 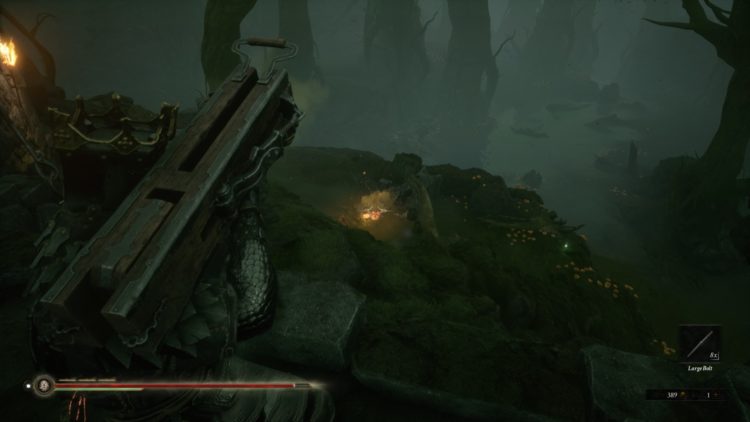 When you fire the Ballistazooka, the bolt will often pierce through weaker enemies and impale them on surfaces or walls. Alternatively, it can also explode and turn the enemy into a bloody pulp. 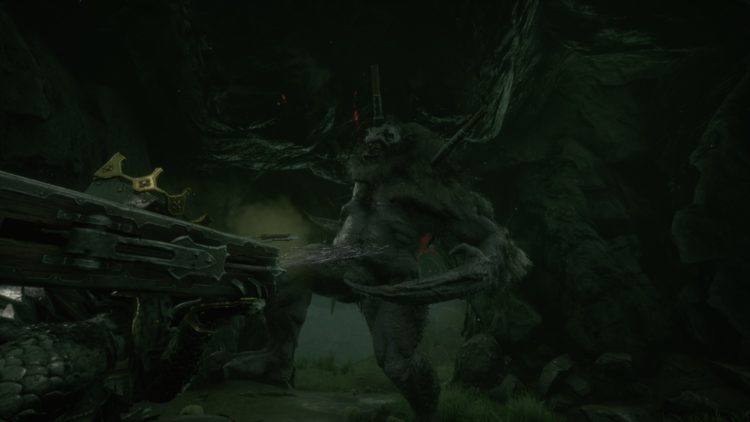 It doesn’t do a lot of damage versus elite enemies or bosses, though, so you can say goodbye to nuking them outright with this contraption. Still, it has its uses because the bolt will stun an enemy for several seconds, allowing you to slice and dice with your melee weapon. Unfortunately, one of the Hammer and Chisel’s weapon skills already has the same effect, and you won’t even need to spend a dime especially if you’re using Solomon the Scholar. 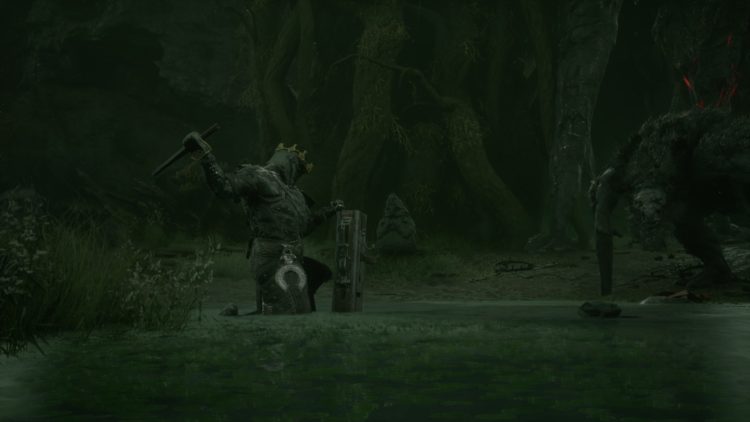