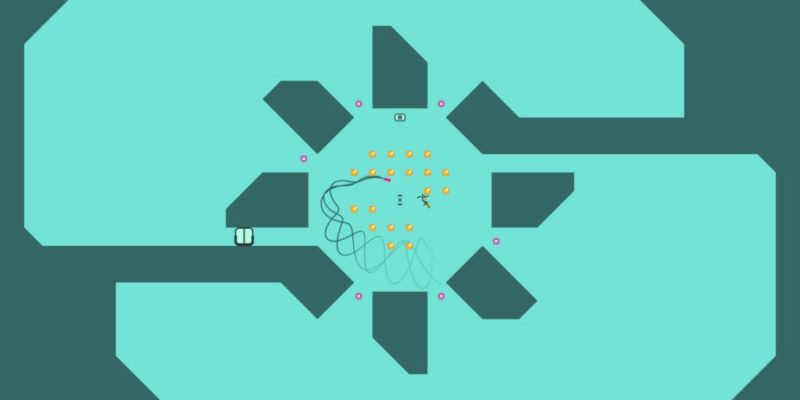 N++ was released on PS4 in July of last year, but confirmed for a Steam release in February 2016. It promises a fluid, fast-paced platformer, where your little ninja bloke has to dodge homicidal robots and other obstacles while grabbing all the gold. There are apparently 2,360 hand-crafted levels in total, which is certainly an awful lot.

Just in case you need more levels though, N++ will also have the ability to create and share levels with friends. Speaking of which, as well as a solo mode, there’s a local co-op mode too. And a competitive (local, not online) ‘Race’ mode with up to four others.

N++ indicates it will be out on Steam “SOONISH”.