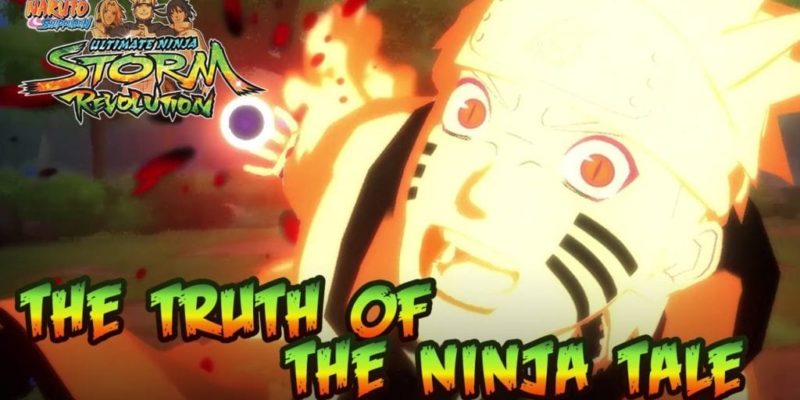 The game challenging for the title of “Longest, most ridiculous name in the world” will be hitting Steam in September, and we’ve got a trailer to prove it.

CyberConnect2’s Naruto Shippuden: Ultimate Ninja Storm Revolution will, indeed, be hitting PC. I’m not entirely sure whether or not this is new, but I haven’t heard any confirmation before now, so it seemed like it was worth writing up. Back when it was announced, the game was only listed as being on Xbox 360 and PlayStation 3; now, Bandai Namco have added PC (via Steam) to the list of launch platforms.

With that in mind, I suppose I’d better cover what’s new in this iteration of the series. Naruto Shippuden: Ultimate Ninja Storm Revolution – and you have no idea how tired I am of typing that out – will offer a roster of over 100 playable characters, with newcomers to this one including the Second Mizukage, the Second Tsuchikage, the third Raikage, the fourth Kazekage, Shisui Uchiha, and Mecha-Naruto. Yes, Mecha-Naruto. Really.

There’ll be combination Ultimate Jutsu attacks, giving different team compositions unique Ultimate Jutsus. There’s a Ninja World Tournament, letting players take on up to three AI-controlled opponents at once in a unique mode that has you collecting battle orbs (dropped when you hit opponents) with the winner being the one who gets the most by the end of the match. There’s a section devoted to the creation of Akatsuki (with exclusive animated segments), showing just how the outlaw group recruited its members and brought everything together. There’s a section devoted to the story behind Itachi Uchiha and Shisui Uchiha, again featuring exclusive animation, and again showing off parts of the story that the manga and anime haven’t really detailed. There’s probably a lot more.

The latest press release also mentions a “Samurai Edition” coming with a 17cm figurine, but considering that the PC release appears to be Steam only, I doubt we’ll be getting that. The Day 1 edition, however – offering Rivals costumes that will not be sold at a later date, dressing Naruto in Sasuke’s gear and vice-versa – seems likely to be pre-order content. We’ll have to wait and see, though.

The latest trailer is below, along with some screenshots, animation stills, and art of the new costumes. Naruto Shippuden: Ultimate Ninja Storm Revolution is due to hit PC alongside the console releases in September.

Vostok’s Survarium beta opens for 24 hours on Friday. Everyone can PvP